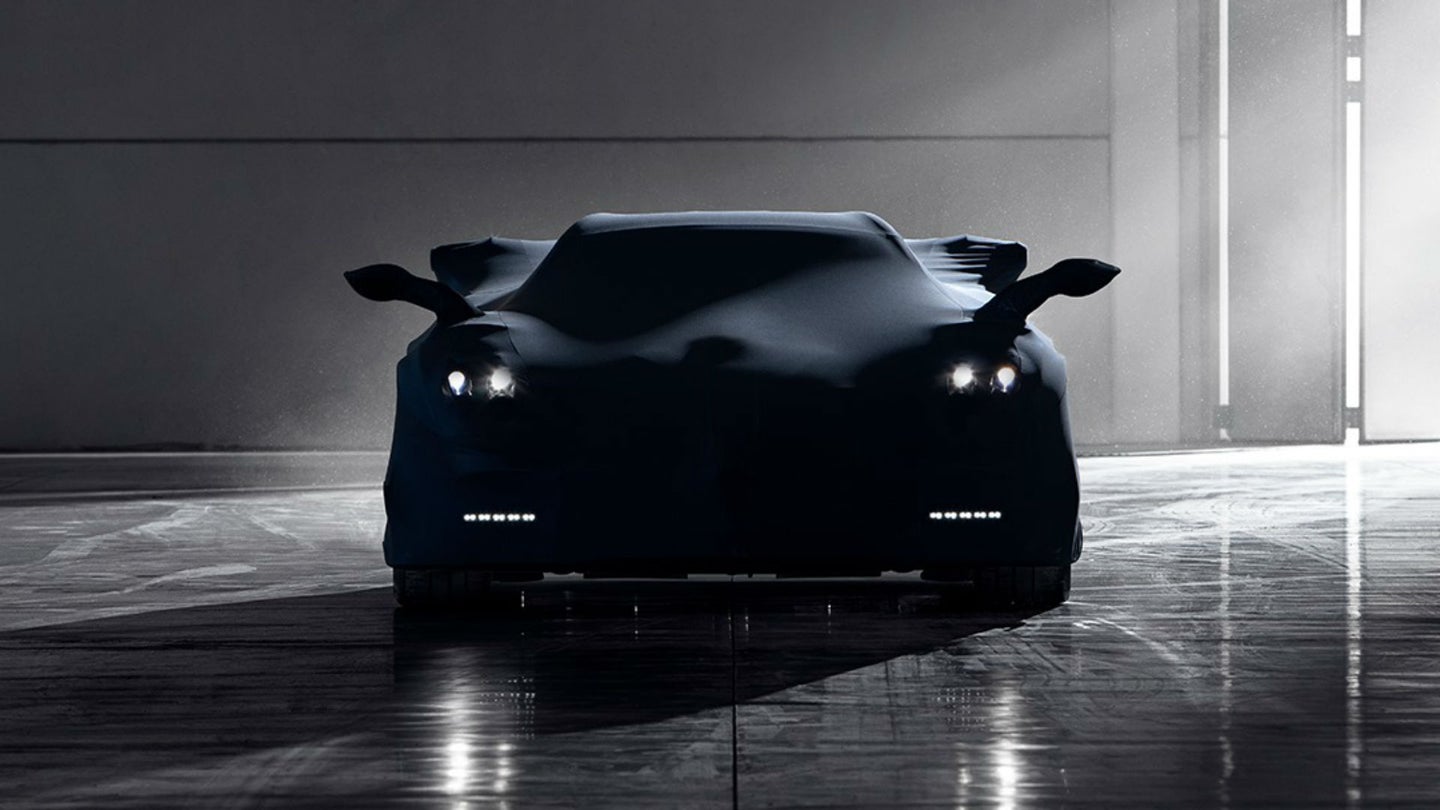 The Pagani Huayra BC Roadster is almost here. A year out from the debut of the "regular" Huayra Roadster, Pagani is finally ready to give the convertible treatment to the fastest, most untamed car in its stable.

Pagani recently posted a picture on its Facebook page of the car under wraps, the BC's signature rear wing poking out the back. The caption, which reads, "A tremendous science and design challenge," likely refers to the weight-saving magic Pagani has to pull to make the drop-top model as light as possible. When the normal Huayra Roadster was revealed last year, one of its major innovations was that it weighed 176 pounds less than its hard-topped twin, which required brand new carbon-based materials to pull off.

As Pagani hinted at on social media, making the convertible variant of the carbon fiber-laced, 2,700-pound Huayra BC even lighter will require more clever tech and a prayer to the weight reduction gods.

Little else is known about the BC Roadster, but we do have a few hunches. It will almost certainly use the same Mercedes-AMG-sourced, twin-turbocharged V12 as the Huayra, which produces roughly 789 horsepower in BC form (power output varies due to the fact that each motor is hand-built). It is speculated that the car will be unveiled during Monterey Car Week like the normal Roadster was last year, and will definitely have sold out before the wraps are even pulled off.

The hard-top Pagani Huayra BC debuted back in 2016 as the Huayra's track-focused brother, featuring a slight power bump, an aggressive aerodynamic kit, and a 300-pound weight dip thanks to lighter powertrain components and the liberal use of a material called carbon triax. The "BC" moniker is a reference to Benny Caiola, the company's very first client and a good friend of Horacio Pagani. Just 20 Huayra BC coupes were built.

Before its official, Pagani-approved teaser, the Huayra BC Roadster was recently spotted outside of Pagani's home in Modena, Italy, cruising with the mysterious, one-off Huayra Dragon Edition.

We reached out to Pagani for more information about the Huayra BC Roadster and will update when we hear back.