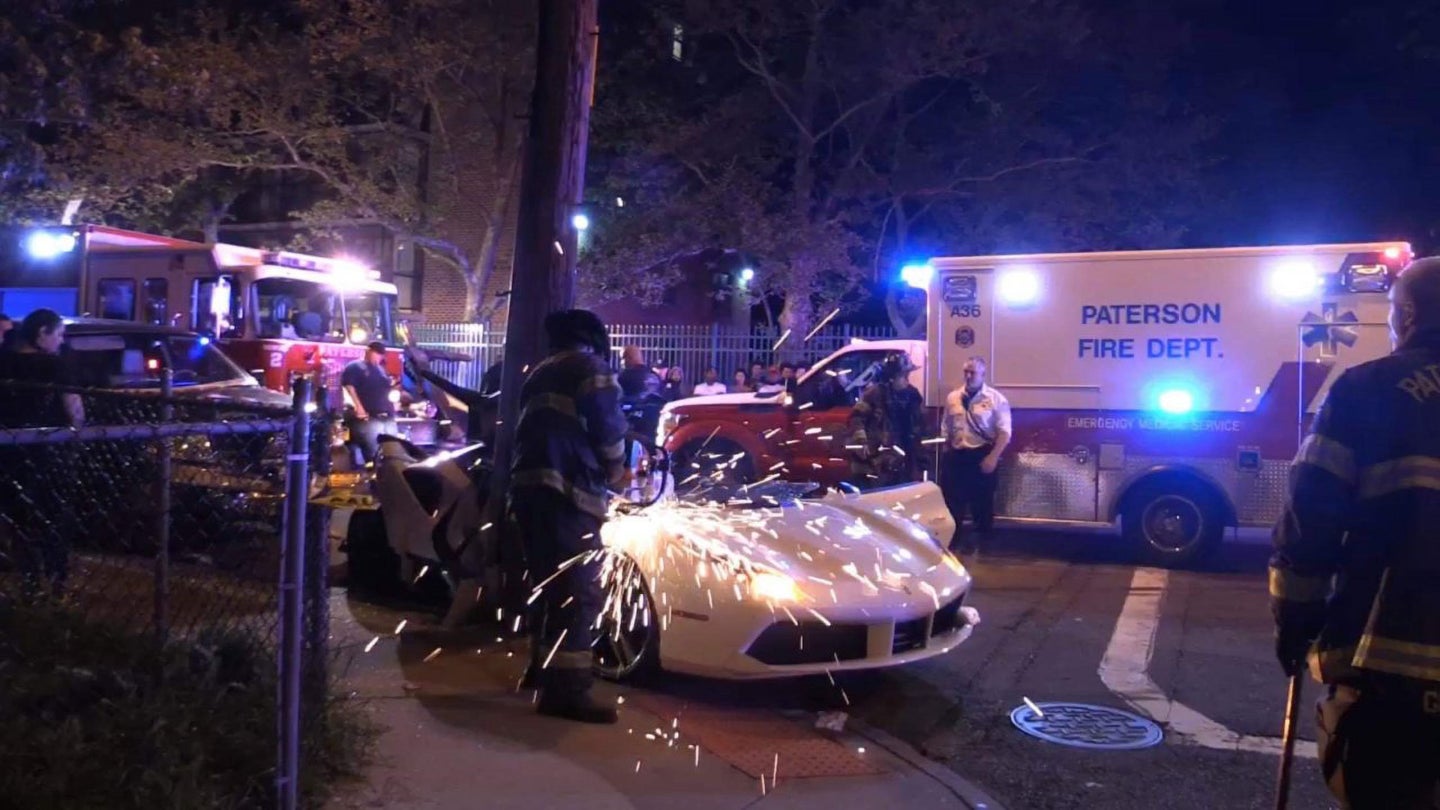 Firefighters in Paterson, New Jersey were forced to use the “Jaws of Life” on an expensive Ferrari 488 Spider after it collided with a pole early Saturday morning. The $300,000 supercar had to be ripped apart in order to rescue its driver after it crashed around 1:20 a.m.

Local news affiliate, RLS Media reports that emergency crews responded to a vehicle crash at the corner of Pearl and Carroll streets on the western side of the city near the borders of Totowa and Haledon.

Upon arriving at the scene, the crews discovered the mangled Ferrari wrapped around a utility pole with the driver trapped inside. It’s believed that the driver of the Ferrari lost control of the vehicle at a high speed, resulting in the crash. There were no details as to whether or not a passenger was involved.

The area where the crash occurred is a densely populated residential area. One commenter on RLS Media’s page noted that the location of the accident doesn’t have roads that favor high speeds.

Additionally, judging by the way the Ferrari crashed into the pole, it’s apparent that the driver spun out at a high rate of speed before coming into contact with the telephone wire pole.

Because the Ferrari was so badly damaged, firefighters had to take a saw to the 488 Spider before using the “Jaws of Life.” According to the Paterson Fire Department, EMS teams transported one badly injured individual to St. Joseph’s hospitals.

The incident is still being investigated by the Paterson Police Department and there are no other details currently available.