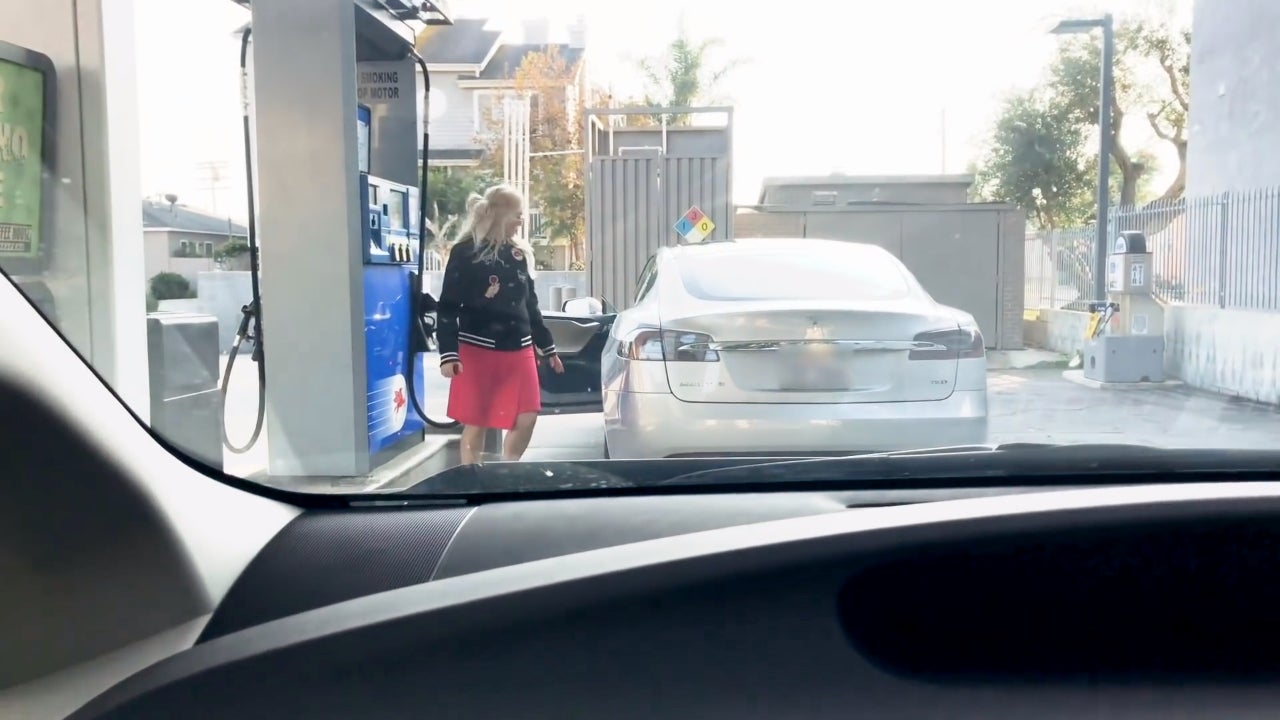 Over the weekend, a video of a confused woman at a gas station trying to refuel her electric Tesla Model S reached near-viral popularity.

Filmed by a cackling onlooker parked behind the American EV, the video—originally posted to Reddit on Saturday—depicts the Tesla's blonde (sigh) driver walking in circles around the car, throwing her hands up in confusion at the vehicle's lack of a gas cap.

A copy of the video was uploaded to YouTube on Sunday, where it has accumulated hundreds of thousands of views.

She clambers into the car, presumably looking for the release lever, and finds the charge port cover release. Satisfied with her find, she activates the pump, and attempts to insert the nozzle into the charge port, but is stopped from potentially causing a huge fire by another bout of confusion, this time regarding why the nozzle isn't going into what she assumes to be the car's filler neck.

She then holsters the pump and peers into the charge port to figure out why the nozzle wouldn't insert. Still unaware of her folly, she climbs back into the Tesla and accidentally pops its trunk as part of her stubborn search for what she by then was likely thinking of as the got-danged gas cap. Eventually, she admits defeat by pulling out her smartphone, possibly to look up the location of the elusive opening.

More likely, however, is that she was the victim of a prank, to which the filming onlooker may have been in on. A helpful bystander walks up and presumably explains to her what powers the Tesla, eliciting what looks to be a belly laugh once she realizes she has been duped. It may be easy to laugh at her lack of knowledge of electric vehicles, but people have been falling for the "blinker fluid prank" for decades—the woman above likely won't be the last victim of a gas up my EV