Could this random case of stigmata proof that the Church of Elon is really a thing? 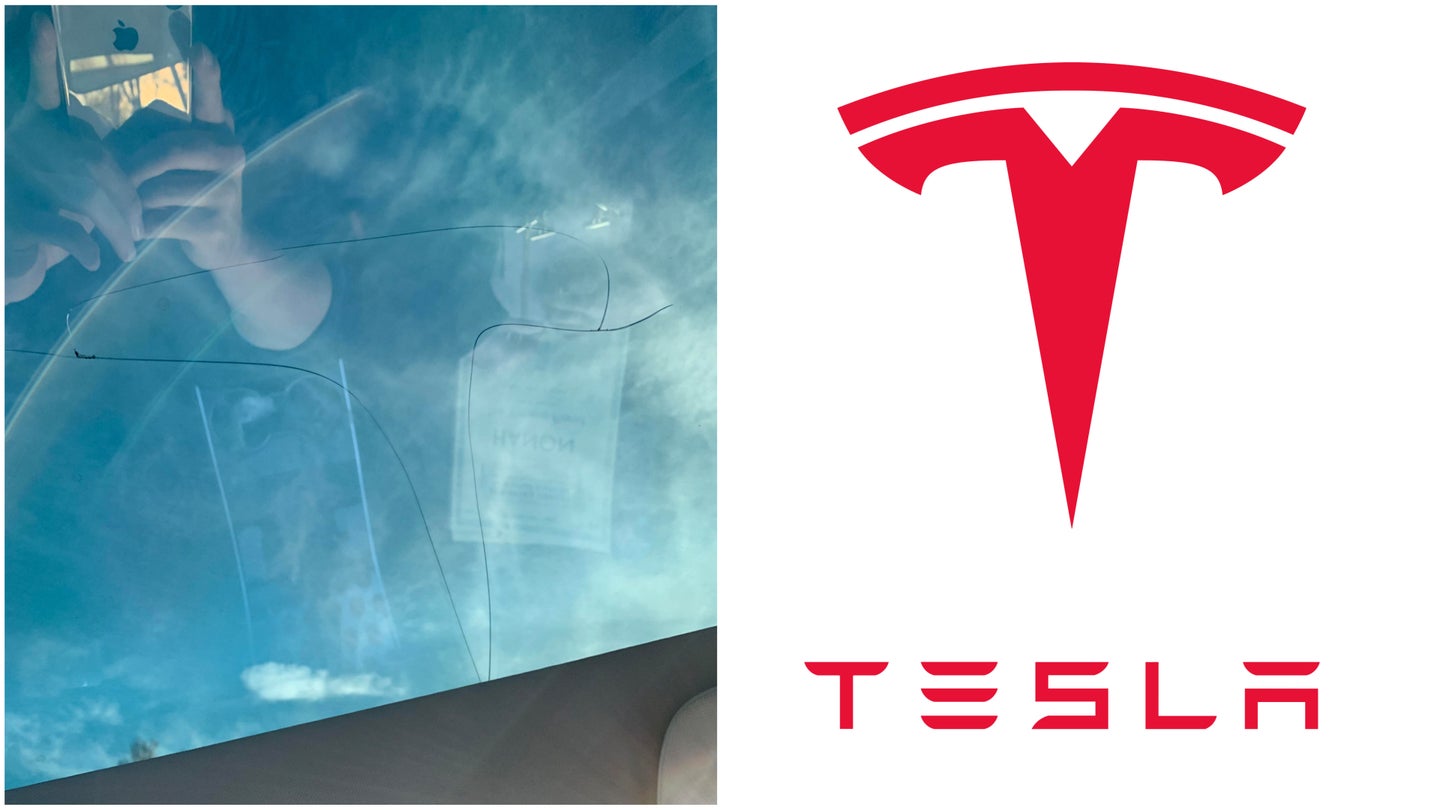 Put on your tin-foil hats, folks, because this bit of news is equally entertaining as it is mysterious. A Tesla Model 3 equipped with the optional glass roof recently suffered a "stress crack," but unlike other similar instances reported by Tesla owners, this particular crack has a nearly perfect outline of the company's "T" logo.

According to Reddit user and Tesla owner, teslaversace, the discovery of the oddly shaped crack was made by a friend of his, and he's repeatedly tried to get Tesla's attention in order to fix it, only to be ignored for over 10 days, according to the original post.

"My friend looked up and saw it and told me," said teslaversace on Reddit. "I brought it to [the] service center next day. They told me to go home and someone will contact me and come to my house and fix it on the spot. This was December 13th. I have been calling every day to get an update."

"Every day they tell me they will come [to] fix it soon," she added. "But no one has called me yet. So I’m sitting in my car and watching the cracks connect."

Several other owners chimed in with their own roof-crack stories, which appear to come in all shapes and sizes, and for no apparent reason. And while most of them have been repaired at no cost to the customers, others claim they've had to pay for the replacement if the area near the glass showed signs of scratches or rock chips.

It's one more in a list of issues that Tesla Model 3 owners have reported, most of which have centered around poor finish quality and faulty touchscreens. However, this one stands out not necessarily due to its severity, but its intriguing shape. When glass cracks, as most of us know, the pattern created by the fissures is as random as can be, unless it has a particular pre-made "outline" to follow. Could it be that this is a pre-meditated prank from someone on the factory floor or a Tesla owner's quest for 15 minutes of fame?