Circling the 'Ring in 6:40.33, this GT2 RS modified by Manthey Racing is road legal but far from stock. 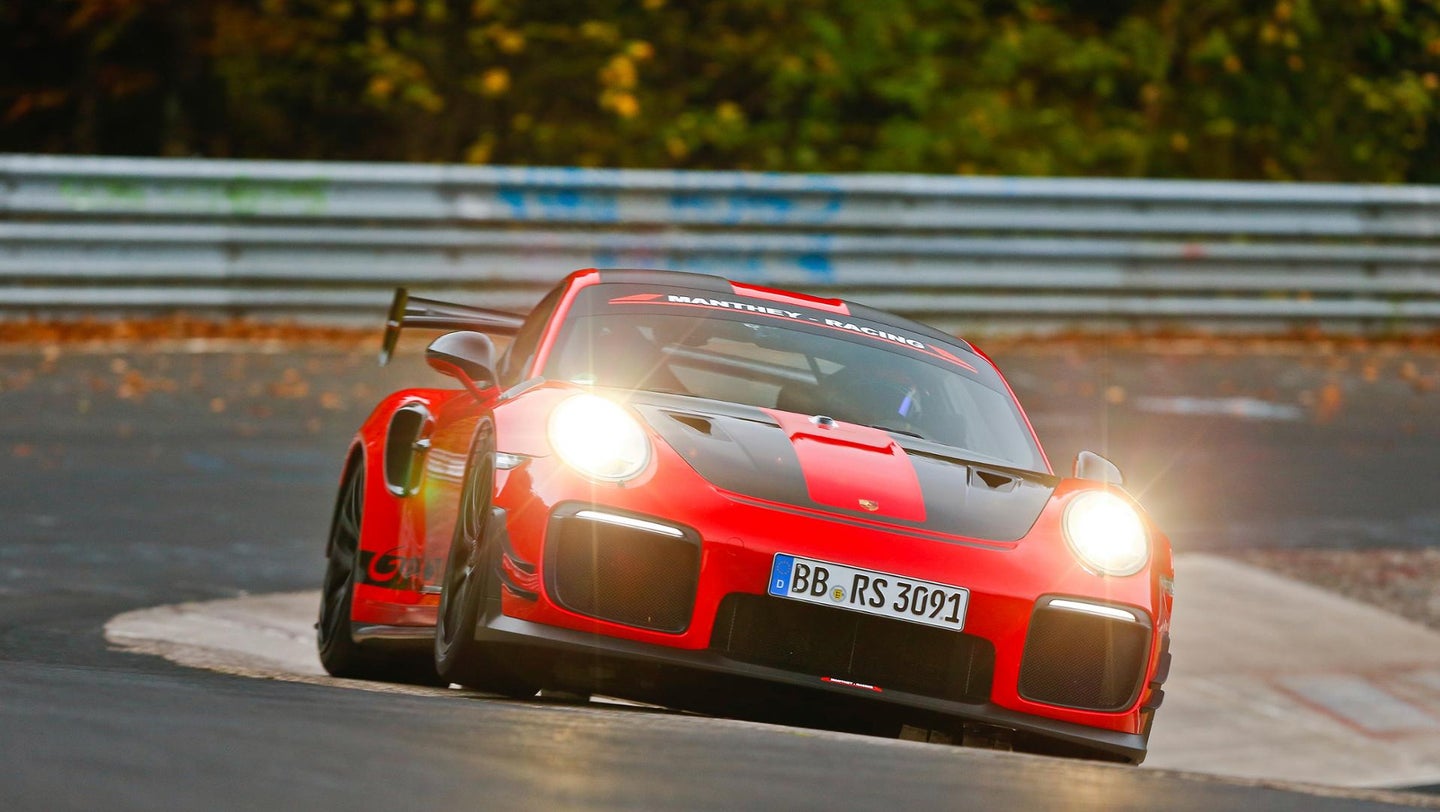 Another week, another asterisk-ridden Nürburgring lap record from ze Germans. Last week it was the 630-horsepower Mercedes-AMG GT 63 S four-door coupe with a time of 7:25.41, and today a Porsche 911 GT RS MR with a smokin' 6:40.33.

What on Earth is a GT2 RS MR, you ask? It's a 911 GT2 RS modified by Manthey Racing, the firm that runs Porsche's endurance racing efforts and prepares various P-cars for serious competition. The company was coy about what specifically was done to the car, simply saying that modifications "targeted chassis and aerodynamics" while keeping on-road usability intact. It's pretty safe to assume, then, that the MR's twin-turbo flat-six makes the same 700 horsepower as the base car.

After Lamborghini's Aventador SVJ snatched the production car crown away from the Porsche 911 GT2 RS this past summer with a time of 6:44.97, the German automaker appears to have taken it back...sort of. For comparison's sake, the production-spec 911 GT2 RS does it in 6:47.3.

"The drive was great fun," said Porsche factory driver Lars Kern. "The balance of the car is also very good with the new package. I did not have to take any great risks to be fast. But I only had one attempt because it was already getting dark. It worked out first time though."

So, what does all of this mean? While the Porsche 911 GT2 RS MR is officially notarized as the fastest road-legal car to lap the Nürburgring, it is not the fastest production car. A key distinction.