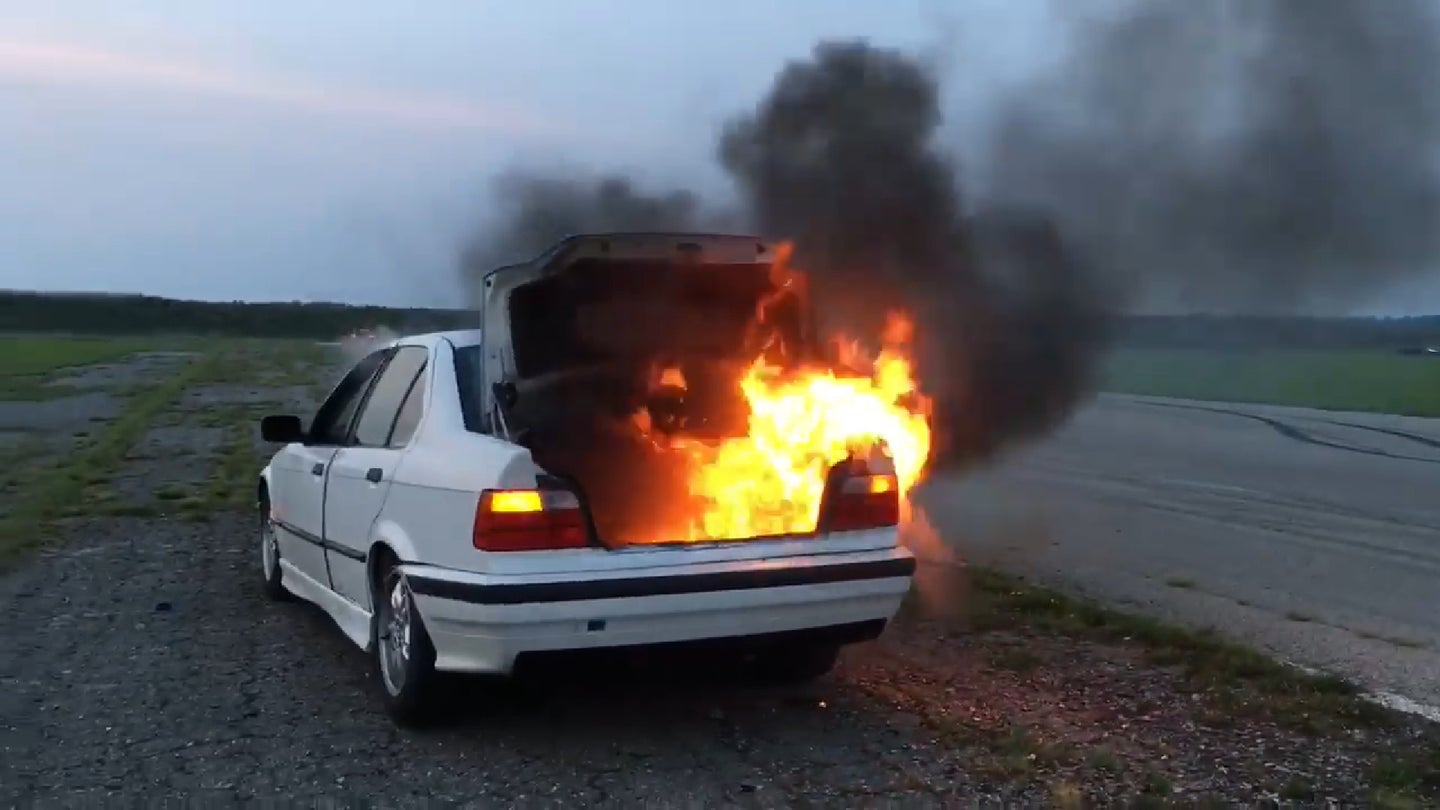 A BMW 3 Series found itself on fire this past weekend and no, it didn't have anything to do with diesel exhaust coolers or happen in Korea. Instead, the flaming 3er was stopped on the side of this author's home circuit of Toronto Motorsports Park all thanks to a loose can of WD-40.

As seen in a Facebook video posted by Clipping Point Media and brought to our attention via Jalopnik, one E36 BMW driver apparently decided to go for a track day without first emptying the trunk—with disastrous results. According to Clipping Point, an unsecured can of WD-40 penetrating oil collided with an exposed battery, exploding and starting a significant fire.

According to comments left by the uploader, the shorts-and-tank-topped dude does not own this car and the somewhat delayed response from track marshals was due to the BMW being positioned on the one part of TMP where there is a wall blocking it from the paddock's view, something I can personally confirm to be true based on the dozens of times I've rocketed down this exact home straight this past summer.

By the time a marshal had arrived with extinguishers, the blaze had already cooked this Bimmer's rear quarter panel beyond repair. It's likely toast when it comes to getting back on any sort of public road but perhaps the owner can salvage the thing for more amateur track work. In any case, something tells me this (former?) E36 owner will make sure any and all loose objects are secured or left in the pits—one of the first things taught in any introductory performance driving course worth its salt—for their next trip to the track.