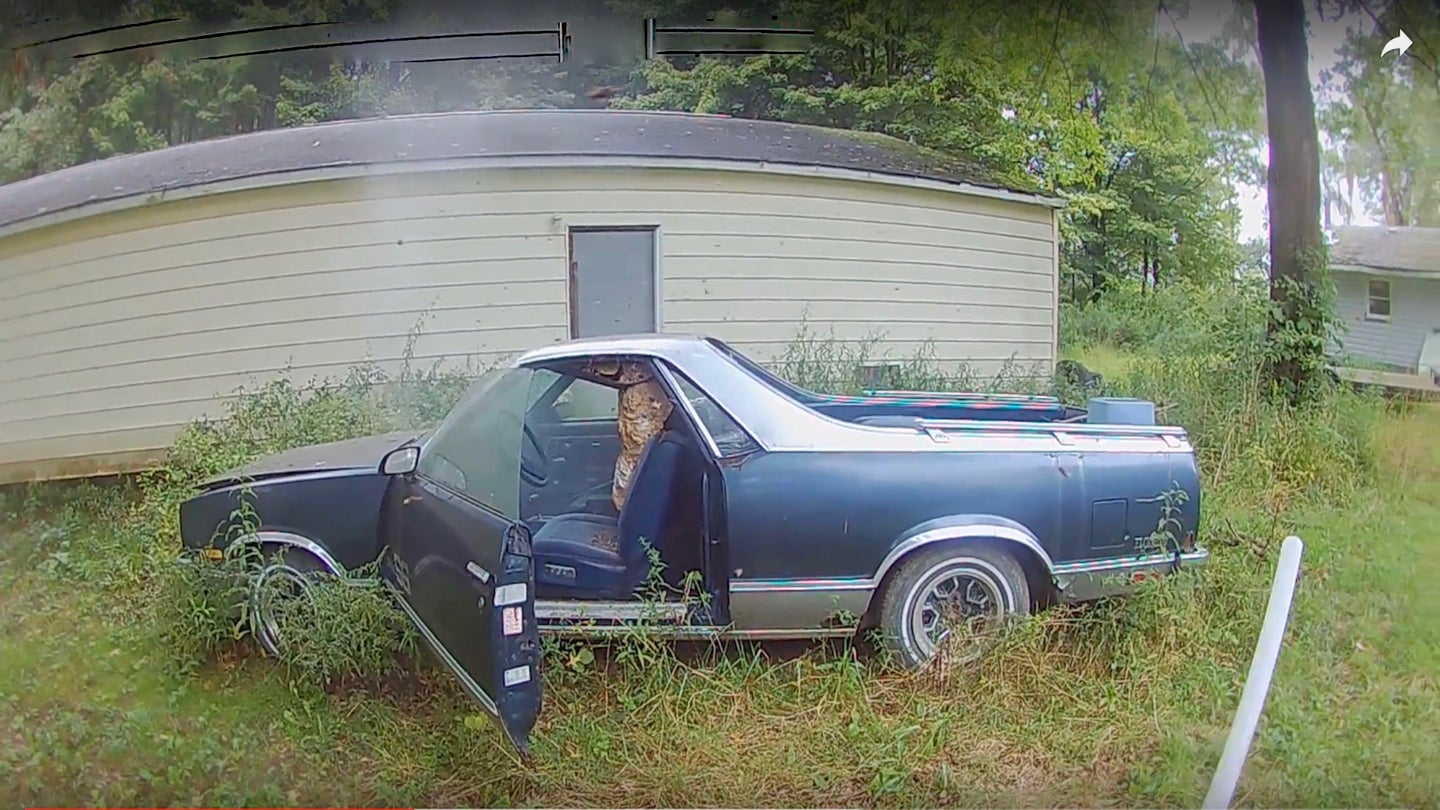 A colony of vicious European hornets commandeered the driver's seat of a Chevrolet El Camino in Youngstown, Ohio. Luckily, a specialist who calls himself "The Bee Man" came to the rescue and freed the decrepit hot rod with the help of his trusty smoke gun and run-of-the-mill plastic bag.

As the video shows, Travis Watson, who goes by The Bee Man on YouTube, first approached the El Camino and opened the driver's door to see what the fuss was all about. After addressing the situation, he realized he was ill-prepared and says he's "going to need a bigger bag." We'd dare say a much bigger bag.

After poking holes and pumping the nest with a mixture of unknown pesticides, Bee Man begins tearing apart the nest and putting the pieces into his grocery bag. During the process, he can be seen removing the European hornets from his gloves and suit, which apparently can grow to be two inches long and inflict serious damage (including death) to humans if provoked.

Meanwhile, a bystander, who we can assume is the owner of the El Camino, can be seen recording the bee wrangler doing his thing from what appears to be about 20 feet away. Thankfully, the POV camera on Bee Man's chest does a much better job at bringing us closer to the action.

European hornets have been described as "yellowjackets on steroids" by insect experts from Ohio State University due to the black and yellow stripes that adorn their abdomens. Despite not being a species native to the United States, experts claim that sightings of these hornets have increased in recent years.

Watson told WFMJ that he normally disposes of the remainings after he is done exterminating unless otherwise requested by a client.