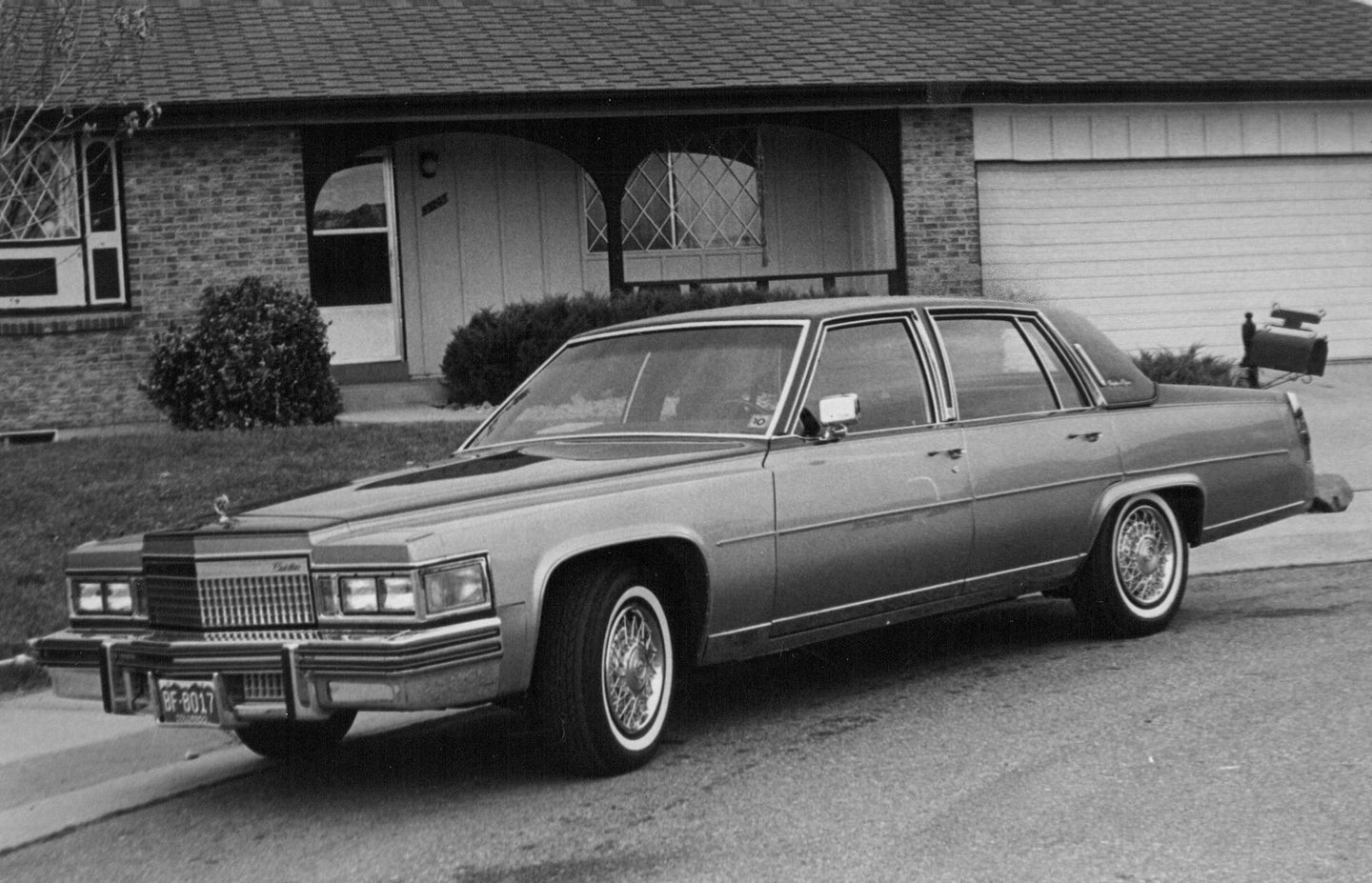 The “Lion Gate Estate,” an 1,886-square foot house decorated with statues and ornate, colorful accents, is for sale by its owner, former industrial designer Ronald Nassar. Located in Detroit’s Grixdale Farms neighborhood, the house is listed at $550,000, and the asking price includes two custom antique cars.

The first is a 1966 Cadillac Fleetwood sedan, which features a built-in phone and running water. The second is a 1974 Lincoln Mark IV coupe, a personal luxury car with an opera window and some of the first anti-lock brakes of its day. Both models are white with silver hardware and exaggerated grilles. Combined, the one-of-a-kind cars are worth $220,000—nearly half of the home’s price tag.

The home was built in 1951 and Nassar, now 67, customized every room after inheriting it from his deceased parents 20 years ago.

The unique Lion Gate Estate features a lime green bathroom filled with angel and animal-shaped statues, a kitchen with bright yellow molding and vintage Frigidaire appliances, and a white and silver living room with a baby grand piano.

The home’s celestial-inspired living room and Nassar’s white cars do closely resemble the late pianist’s white 1962 Rolls-Royce Phantom, which features a sparkly silver wrap. The car is currently on display at the Hollywood Cars Museum in Las Vegas.

Nassar is asking for a cash-only deposit and wants the future homeowner of the house to appreciate its quirky features. Nassar, who is clearly a bit eccentric himself, is only showing the property on sunny days.

"I would like to see this house have fun in it again like I did," he said.