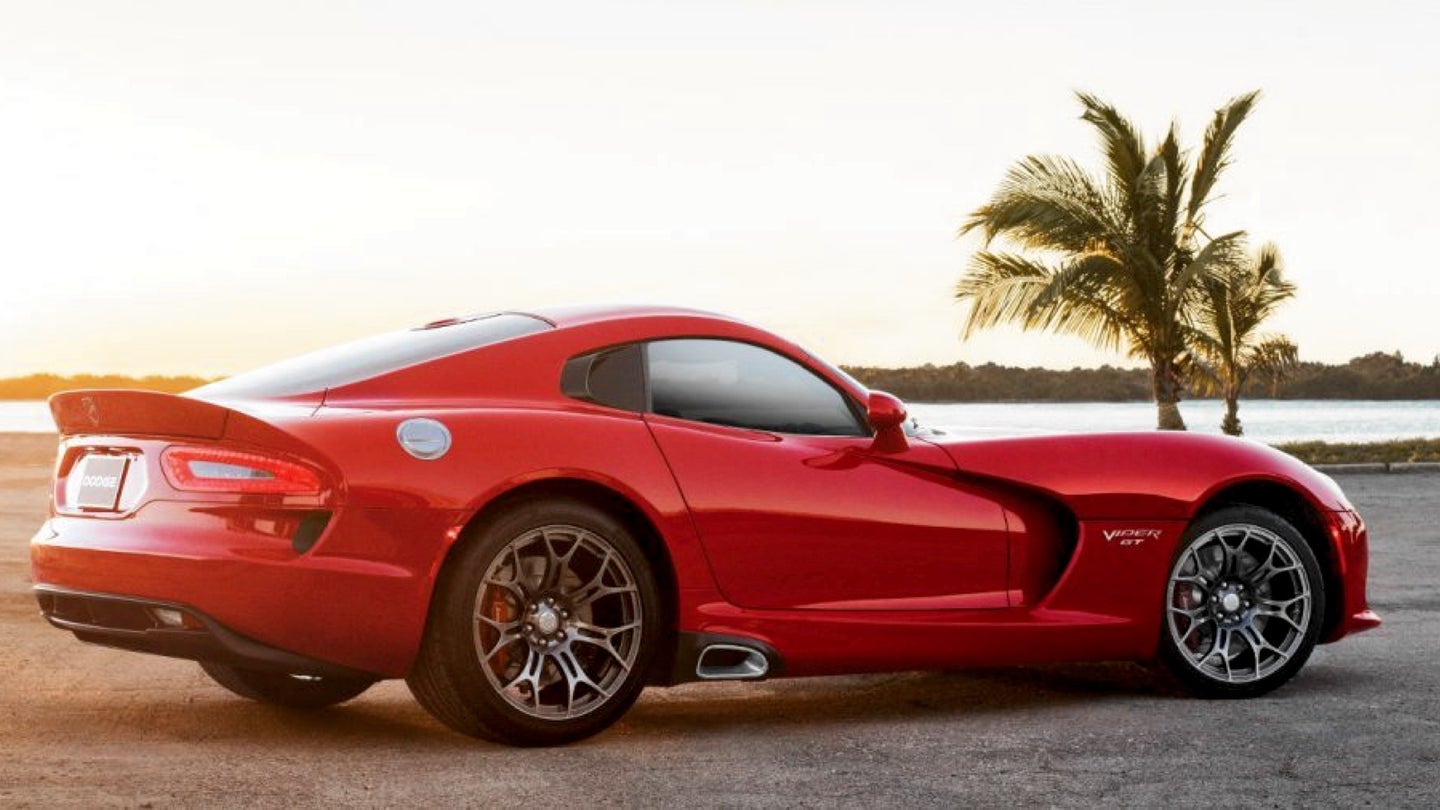 Fiat Chrysler Automobiles announced grand plans to convert its small, 51-year-old Detroit-based plant, home of the Dodge Viper’s hand-built production, into a showroom for its expansive historic car collection. The move will put 85 of the nearly 400 FCA concept and historic vehicles under one roof. This should come as some seriously joyful news for autofiles, as the collection was previously spread through several locations.

Among the vehicles stated to be tucked elegantly into 400,000 square-feet of the closed factory’s floor space, we can expect to see makes like the 1902 Rambler, the oldest in the collection and the pivotal 1924 Chrysler Touring.

And in even more intriguing news, FCA will be auctioning off heaps of both one-of-a-kind and mass-production Viper memorabilia, as well as a few items related to the Plymouth Prowler, to clean up the space and make room for museum history. More than 1,800 Viper items from signed hoods to prints and posters will be available for bidding with proceeds going to benefit the United Way. The online auction is on now and runs through April 13.

"We found things like signed sketches, photos and posters, not to mention all of the items that were part of the operations of the plant," said Mike Tonietto, former Conner Avenue assembly plant manager and auction coordinator. "As more and more items were discovered, the question became what do we do with them. Rather than store them somewhere where they would never be seen or, worse yet, disposed of, we decided to auction them off.

"We know there are lots of Viper—and a few Prowler—owners, fans and even employees around the world who will want to own a piece of automotive history," said Tonietto. "This is a great way to share some one-of-a-kind pieces involving these iconic vehicles while at the same time supporting an organization that does so much good in the community."

One of the most drool-worthy items of interest up for auction is a sketch of the Viper GTS alongside the three former Chrysler executives responsible for its development, Bob Lutz, president and CEO, Tom Gale, vice president of product design and international operations, and Francois Castaing, vice president of vehicle engineering and general manager of powertrain operations. The limited edition print, number 14 of 300,  features the signatures of the three executives along with an authentic blue Viper GTS emblem.

And while 22,000 square-feet will still be allotted for FCA offices and meeting space, the company hopes to open its doors to the public in the future. Fingers, toes, arms crossed that that occurs on the foreseeable horizon.