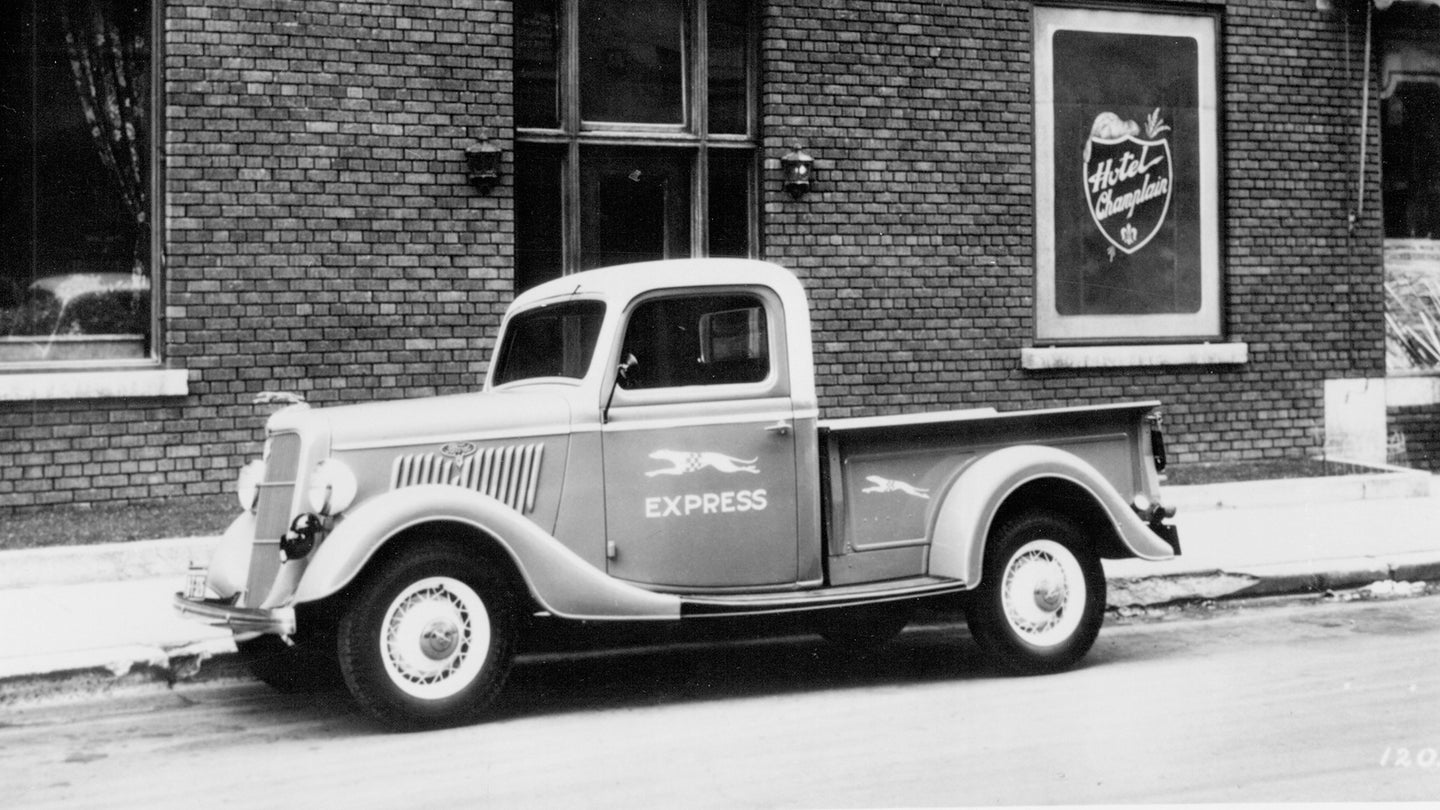 One hundred years ago today, Ford introduced its first truck, the Ford TT. The rest, as they say, is history.

After the hugely successful Ford Model T, Ford customers were clamoring for something that could haul a larger load, something that could be used for work, but that wasn't a piece of industrial equipment. Ford filled that gap with the Ford TT. It came with a beefier frame and rear axle than the Model T and could haul up to one ton. Not too shabby. Ford was on to something with the Model TT and put over one million of them on the road between 1917 and 1927.

From the humble beginnings of the TT, which was first only offered as just a chassis and drivetrain, Ford trucks have spent the last one hundred years evolving into the tough, but very comfortable vehicles we have today. Take the F Series. The F-1 made its debut in post-WWII America. While we might love its retro-looks, it was still very utilitarian. The fancy selling points were a foot-pump windshield washer and a sun visor.

While the basic design remains the same, if you told people in 1948 that in 2017 you could buy a Ford F-150 Raptor with a 450 HP engine that could haul three tons or race over dunes, while doing so in an air conditioned cab as you listened to the radio, all the while nestled in leather seats with lumbar support, but that you mainly just drove the truck around the city only getting groceries in it, they'd think you were completely insane. And maybe we are.

Ford changed the pick-up truck from work-horse to daily driver. To celebrate 100 years of trucks, Ford has gifted us this little video. It takes you through those 100 years of Ford truck evolution in just 30 seconds. From the TT and AA, to F-1 to the Ranger and Raptor; thank you, Ford. Keep on truckin'.