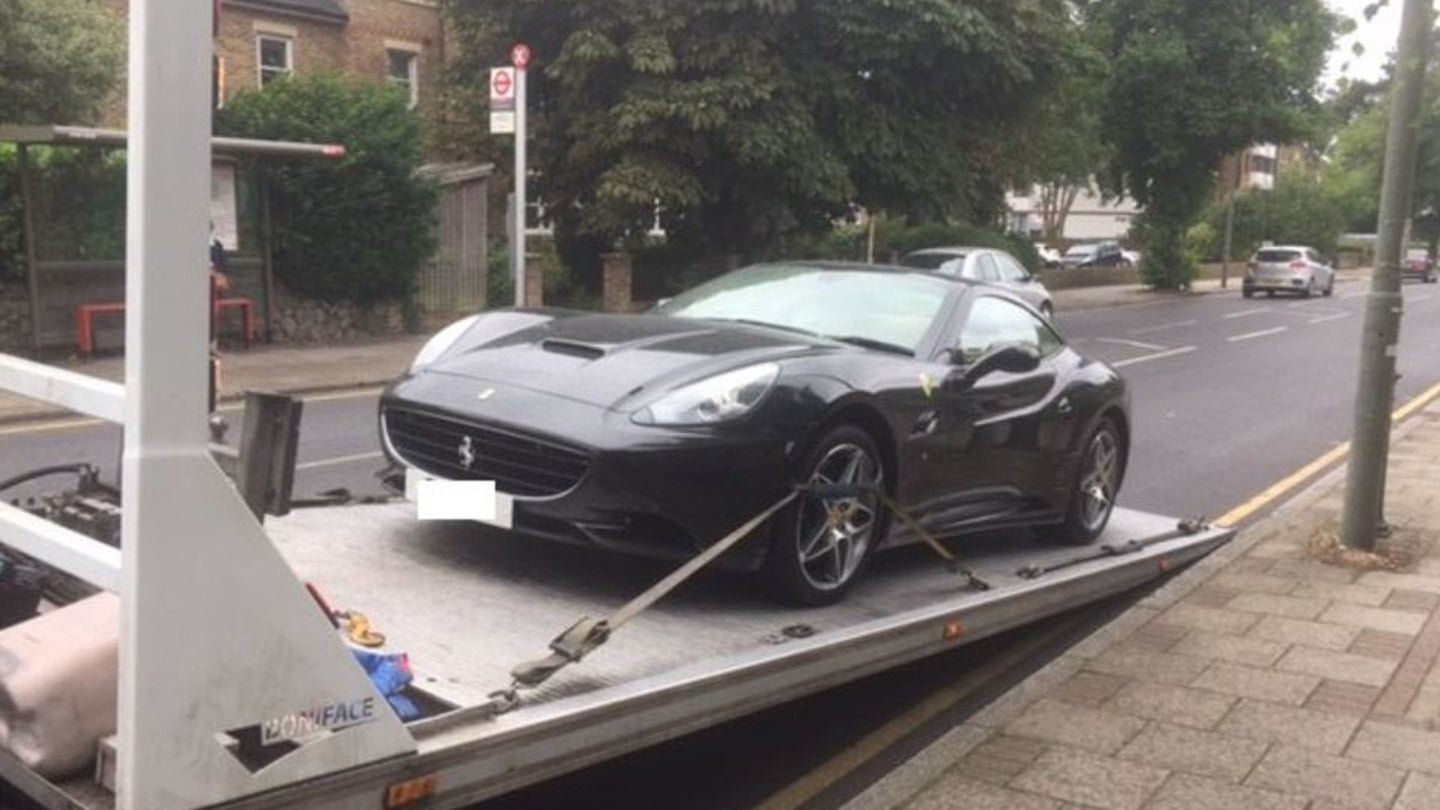 A 28-year-old is almost certainly in a world of trouble with his parents this week, after police in London caught him taking his father's prized Ferrari California out for a joyride while his parents were out of the country on vacation.

According to The Telegraph, Police in the Bromley neighborhood of London spotted the man acting out his own version of Ferris Bueller's Day Off early Tuesday afternoon. When officers stopped to question him, he admitted that he had "borrowed" the six-figure car from his vacationing father. It should go without saying that the real Ferris Bueller would have come up with a smoother lie than that.

That itself isn't necessarily a crime, though his father might feel otherwise. No, the real issue is that when the officers checked the paperwork, they realized his father had been smart enough to leave his son off the Ferrari's insurance policy—meaning he couldn't legally drive the car. Police ticketed him for driving without insurance and seized the California, posing with it at the impound lot in a taunting tweet.

And even though the poor dad's vacation is probably ruined, there is a silver lining: Unlike the 1961 Ferrari 250 GT California Spyder that Ferris, his girlfriend Sloane, and his best friendCameron purloined for their epic day off, at least his Ferrari California's not sitting at the bottom of a ravine right now.