I’m Driving the 2021 Jeep Wrangler 4xe Plug-In Hybrid. What Do You Want to Know?

As the first of its kind, this electrified Jeep promises two things that matter for going further off-road: better fuel mileage and ample torque. 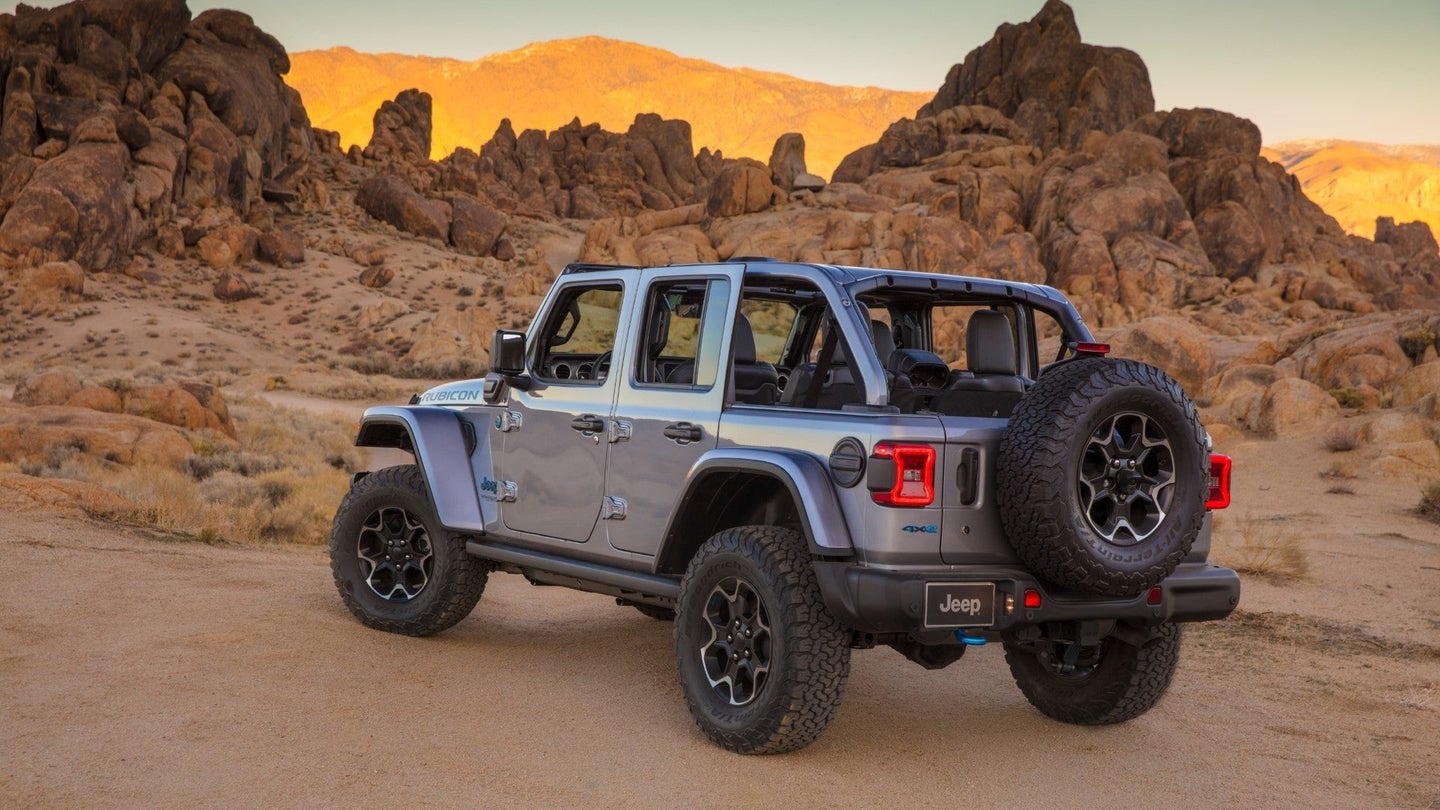 Of all the electrified vehicles that are rolling out, Jeep's plug-in hybrid 2021 Wrangler 4xe looks to be one of the most thoughtfully done. Off-roaders don't stick extra fuel cans on their rigs just for show, after all, and the extra low-end torque from its electric motors should help it claw its way over obstacles. It's a high-tech answer to all the stuff we care about off the pavement, and I'm driving one this week. What do you want to know about it?

A 49-MPGe Wrangler sounds like it's custom-made for less populated areas where Fuel Light Roulette isn't a game to mess around with, and at 375 horsepower and 470 pound-feet of torque, it sounds like it's not sacrificing any fun for that extra fuel economy.

The ability to choose how the hybrid system behaves—from going in silent all-electric mode to prioritizing the internal combustion engine—could add an interesting element to negotiating obstacles. Will this make up for having an automatic transmission to someone like me who enjoys the extra challenge of wheeling with a manual?

Yet I'm also curious how this thing will perform out on some real-world trails, and how durable all these new components are. How well-protected and sealed-up are its two electric motors, and how easy would any of these components be to fix if needed? Jeep's letting us loose on an off-road course for this test drive, and I'm hoping they included a decent water splash to test that 30-inch fording depth.

The 17.3-kWh, 96-cell lithium-ion battery sits under the rear seats, so hopefully, that doesn't impede its interior storage capacity too much. If we're using that 49 MPGe to its fullest and going further out of civilization, there will be stuff. Lots and lots of stuff.

We write our reviews for you guys, though, so drop me a line in the comments below.

Correction: Tuesday, April 20, 2021, 6:36 p.m. ET: An earlier version of this story misstated the torque figure as 410 lb-ft., when it should be 470 lb-ft. Furthermore, Jeep now lists the EPA's MPGe figure on their website instead of their earlier estimate of 50 MPGe. This has been amended above.