With an almost perfect 50/50 weight distribution, the M240i is a reminder that BMW can still build fun, compact cars.

There's an old, wise saying that goes: "It's more fun to drive a slow car fast than a fast car slow." It's true. Just think of how much fun it is to drive a piece-of-crap rental on the absolute edge, than, say, a McLaren at 55 mph? But what if, just if, there was a car that somehow fell right in the middle of this hypothetical scenario? A car that's not slow, but is not super fast, either. And even better, a car that regardless of how fast you drive it, is always fun! The 2022 BMW M240i xDrive Coupe is such a car.

For as long as it's existed, the BMW 2 Series has been a popular choice for a wide range of buyers due to its convenient size and admirable driving dynamics. Never really under- or over-powered, the smallest BMW has become somewhat of a fan favorite, especially in its spicier trims like the M240i and full-blown M2. When the new model was unveiled in 2021, however, everyone came out of the woodwork to complain about its questionable styling that includes—yes, you guessed it—slightly larger nostrils, and a funky rear end with what I call "Lego people hand taillight signatures."

Nevertheless, the M240i's specs looked promising enough to give the little 2er the benefit of the doubt until a test drive came around; 382 horsepower out of a 3.0-liter, turbo, inline-six engine? Sign me up! On paper, at least, this new sports coupe looks capable of putting lots of smiles on people's faces. But does it actually? [Ed. note: We also ran James Gilboy's BMW M240i xDrive review not too long ago, but The Drive is a collective of all our writers' experiences. Your mileage may vary, et cetera, et cetera! -- KL]

My biggest problem with nearly every new BMW I've driven over the last couple of years (so, essentially every M car) is that they're simply too powerful. If this is where you decide to stop reading, so be it, but hear me out. Unless we're talking about show-boaty muscle cars or some very specific rides, what truly matters in a car is balance. And much like how the lack of power can make things dull, having too much power can make things so frantic that other aspects of the car—like the chassis, suspension, and steering—are overshadowed by an engine that constantly wants to rocket you into oblivion. Ahem, M8 Competition.

The M240i shines where others don't: Its weight distribution is almost 50/50 at 53.1 front and 46.9 rear. At 3,871 pounds, however, it isn't lightweight, but what BMW's managed to do is give it enough power to make it light on its feet, but not too much that it throws the 107.9-inch wheelbase off balance. Other important characteristics have also been improved over the previous model, with the new car being 2.6 inches wider, 0.1 inches lower, and the front and rear tracks expanding by 2.1 and 1.2 inches respectively.

These improvements are easily noticed at the wheel, where the BMW feels lively and always ready to please. During my weeklong test, I left the chaotic and lawless streets of downtown Indianapolis for some windy country roads, where the M240i could sing its harmonious song. Corner after corner, the coupe wowed me with a magnificent front-end grip courtesy of its perfect weight distribution and wider front track. Much to my surprise, I later realized that my test car—which came adorned in a stunning Thundernight Metallic (also known as "purple")—was actually riding on Pirelli Sottozero winter tires. I can only imagine how much better the car would've gripped with the stickier and stiffer Pirelli P Zero tires.

Mastering short and long corners is no problem for the feisty 2er, as its super-quick electronically assisted steering reacts to the smallest input from the driver. Set to Sport or Sport Plus, the steering wheel feels heavier and much more reactive than in, say, Comfort or Eco. This allowed me to really dial the car into corners and manage the trajectory rather effortlessly. In other cars—even bigger, more powerful BMWs—you constantly have to make small adjustments via the steering throughout the corner, mostly because the car wants to fight whatever you're trying to do. The M240i, mostly aided by its small-ish footprint (size is relative, though it is 10 inches longer than the mechanically related Toyota Supra), simply sticks to whatever line you chose through a corner and lets the tires, chassis, and suspension do their job.

Making the car feel more like a full-blown M car of sorts in terms of dynamics is an electronically controlled, fully variable M-tuned rear differential (standard on the M240i) with a locking function of zero to 100 percent. This allows the computer to better engage or disengage the outside rear wheel, helping the car handle better and feel more stable during hard cornering.

Under most circumstances, the rear-biased xDrive all-wheel-drive system applies the power effortlessly via the eight-speed automatic transmission to the rear wheels only; though, in situations where traction must be improved, the car can decide to send up to 50 percent to the front wheels. And while there's no rear-only drive mode or "drift mode," the car's own stellar responses didn't make me wish there was one. So if you're looking to kick the tail out every chance you get and burn some rubber like a yahoo, I suggest asking your doctor about Mercedes-AMG. The BMW is more about precision than that.

The active suspension plays a crucial role in the M240i's road prowess, and best of all, it comes standard (optional in the lesser 230i). Agility is not an issue, though body roll was slightly more than I would've desired at times. I blame this on the winter tires—again. I'll make it clear that the only not-so-stellar bits of driving I experienced were likely caused by pushing these too hard on a 70-degree day. The sidewalls on the Sottozeros versus the performance tires are night and day different, and they simply couldn't keep up during heavy lateral load or big braking events.

Great handling alone isn't the perfect recipe for a fun afternoon drive, however. No, this should also include a bit of theater. The M240i's funky styling adds to the pizzaz of this fun-to-drive coupe, and so does its exhaust note. Sitting solidly between a regular BMW and a full-blown M, the M Sport exhaust shares this car's obsession with balance. It's relatively loud and it makes the right popping sounds when it needs to, and it's just there the rest of the time. Even on comfort mode, however, if you step on the accelerator hard enough you'll get an angry reaction out of the exhaust, but still not quite as loud as when in Sport or Sport Plus.

So, you have a purple coupe that sounds angry, looks cool, and drives impeccably. What kind of sorcery has BMW pulled off with the new 2 Series Coupe? Whatever it is, it's working, and even more, it doesn't just feel like magic on back roads, but also in the city, when the car turns into a docile softy when dealing with typical city mayhem like stop-and-go traffic, potholes, street parking, school runs, grocery runs, and more. The result is a car that can make you smile every day, regardless of where, when, or how fast you drive it.

The 2022 BMW M240i xDrive Coupe has single-handedly reminded me that BMW can still build cool and fun sports coupes that don't cost a fortune. And yes, I realize that $56k isn't exactly a bargain and that the 2er isn't available with a manual transmission, but there are many cars that cost more than that and yet can't deliver nearly as good of a package as this Bimmer—looking at you, $64,000 Supra. Not to mention that stepping into the next-up BMW coupe, the 4-Series, would mean spending tens of thousands more for a car that probably isn't nearly as sharp in almost every single way purely due to its increase in size and weight.

If you've been feeling reminiscent of BMW's golden years, don't fret. All is not yet lost. Look no further than its smallest, cheapest offering. High five, BMW. 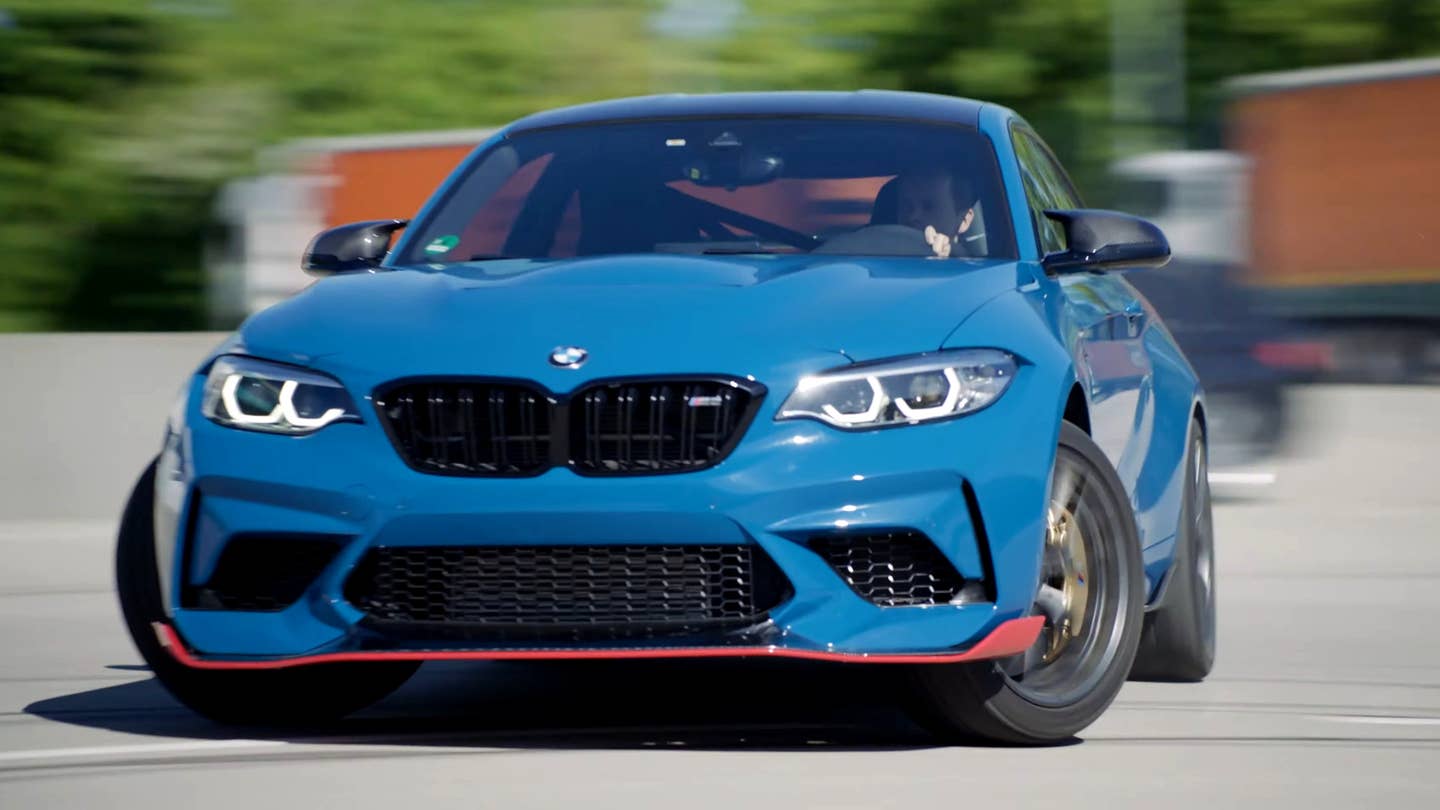 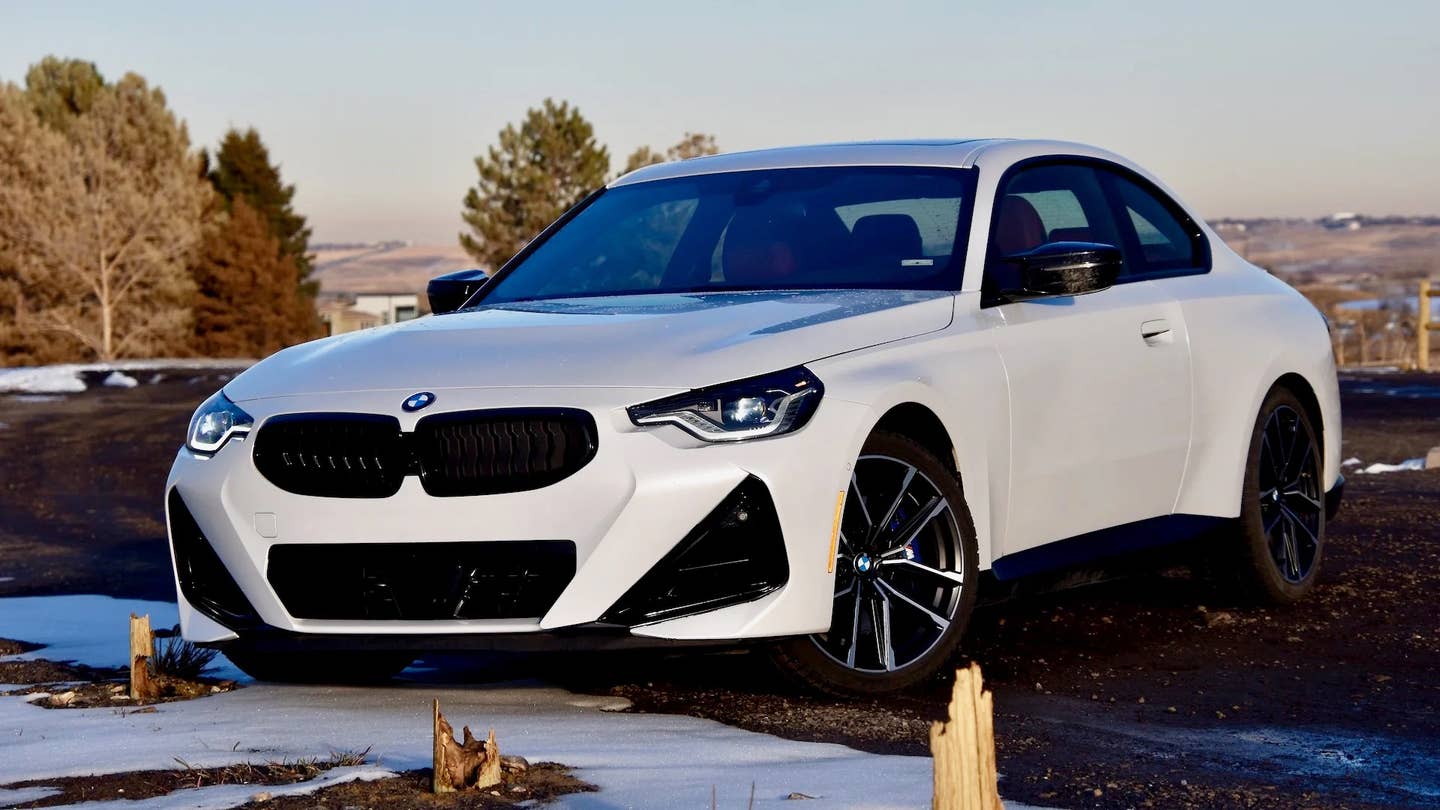 BMW’s smallest coupe has a lot going for it, but the driving experience is emotionally stunted. 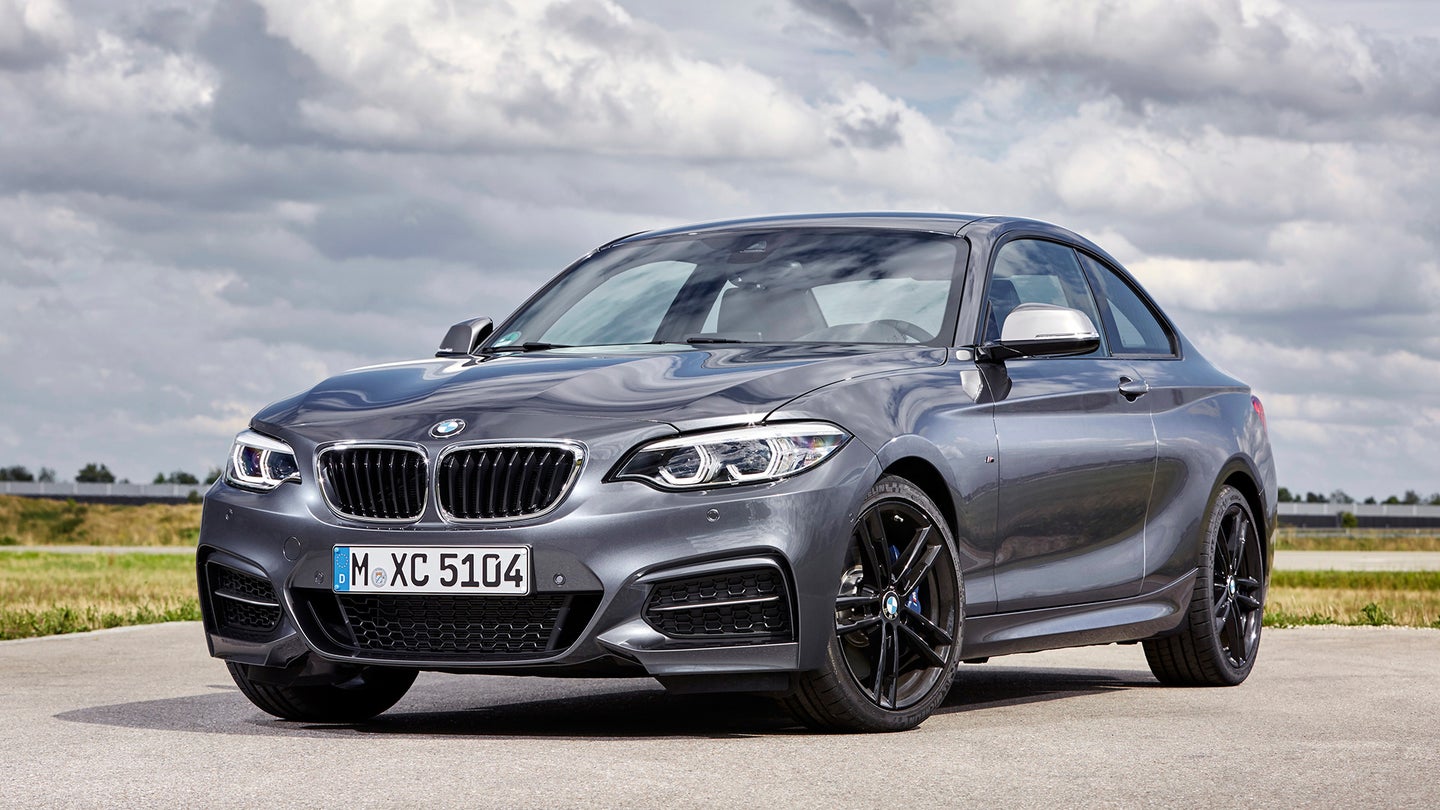