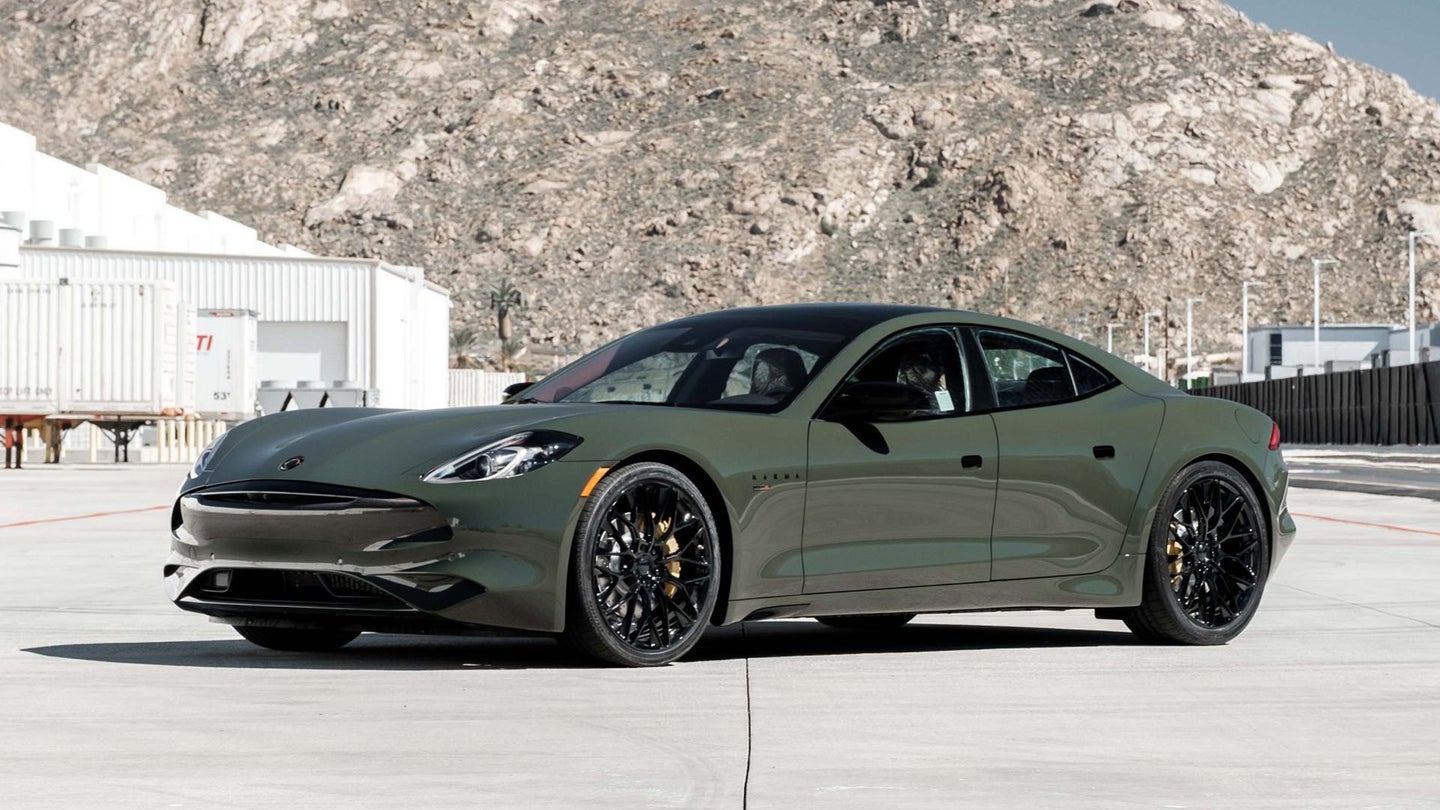 I'm sure you probably remember Fisker Automotive's lovely but ill-fated Fisker Karma. It was a striking, sporty plug-in hybrid that was kind of an early competitor to Tesla (emphasis on kind of) in the early 2010s before battery supply issues and financial woes derailed Fisker Automotive's big plans. Though that company is no more, the Karma still spiritually exists as the 2021 Karma GS-6. I've got one for the weekend and you should ask me about it.

To begin, a quick history lesson. You see, Karma Automotive, the company that a Chinese automotive conglomerate created when it bought Fisker Automotive, started things off by launching the Karma Revero in 2016. The Revero was basically the Fisker Karma with a few updates. It was also expensive, with a starting price of $130,000.

This past February, Karma Automotive announced the GS-6 Series—essentially a line of more affordable Karma models—while keeping the Revero GT moniker as the upmarket, higher-priced offering. The GS-6 variants now include the base version ($85,700), the luxurious GS-6L ($95,700), and the sporty GS-6S ($105,700). An all-electric version, the GSe-6, will soon arrive.

Karma says the GS-6 is an "extended-range electric vehicle," which, as a Karma spokesperson explained to me, means that it has BMW's 1.5-liter turbocharged three-cylinder engine (a motor that pulls duty in the Mini Cooper and i8) powering the battery, which in turn drives the two motors connected to the rear wheels. That gasoline-powered three-cylinder does not drive any of the wheels at all. But you can fill up the car at a traditional gas station or plug it into a charging station.

I already like this GS-6L a lot. It's an absolute stunner to look at and has that elasticky feel to its acceleration that's so characteristic of an EV. My loaner came with a bunch of options, so when everything was said and done, its final price shakes out to $109,100. Not what I'd personally call "affordable," no.

It's a little nerve-wracking to drive the thing on the streets of New York City considering how wide it is, but it's fun to sling around on the Brooklyn-Queens Expressway. I'll find some better roads this weekend, but in the meantime, what do you want to know about it?

Karma is Betting on Lower Prices To Sell More Cars