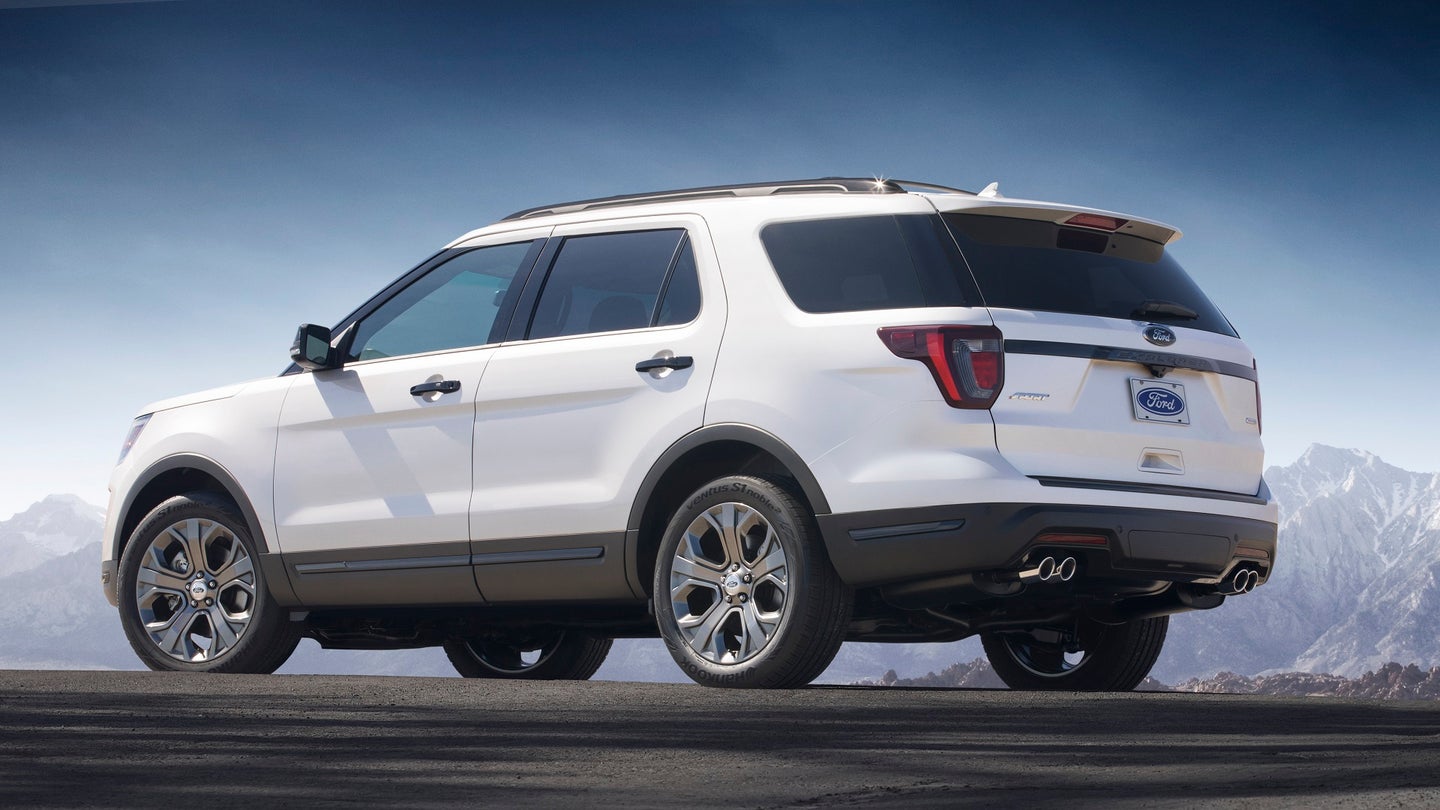 More complaints are rolling in about exhaust leaks in the Ford Explorer causing fumes to leak into the SUV's passenger compartment and now, the National Highway Traffic Safety Administration is expanding its investigation into the leaks to include 1.33 million vehicles built between 2011 and 2017, according to Automotive News.

The number of exhaust fume complaints has risen from the previously reported number of 450 to 2,700 complaints. Three crashes and 41 injuries were also reported.

With the demise of the Crown Victoria in 2011, the Explorer-based Interceptor Utility, introduced the same year, has become the most popular vehicle for American law enforcement, thanks to its ruggedness and generous interior space. Officer Brian McDowell, a police officer in Newport, California, passed out behind the wheel of his 2014 Ford Interceptor Utility due to an exhaust leak and crashed. Alcohol and drugs were not involved. More recently a number of officers in Austin, Texas complained of feeling dizzy or lightheaded in their cruisers, leading the department to install carbon monoxide detectors and pull 40 vehicles out of service.

The issue seems to occur when the vehicle is accelerating with the air conditioner in recirculation mode. This is a common situation for police officers on patrol, particularly after idling for extended periods of time. To make matters worse, NHTSA recently discovered that the Interceptor Utility, in particular, was prone to exhaust manifolds cracking, creating another way carbon monoxide could enter the cabin. Despite McDowell's crash and Austin's carbon monoxide detectors, so far NHTSA says it has "no substantive data or actual evidence supporting a claim that any of the alleged injury or crash allegations were the result of carbon monoxide poisoning." However, NHTSA's expansion of the investigation indicates that there is enough circumstantial evidence to take this matter seriously.

Ford originally said that the exhaust odor "poses no safety risk," but has since admitted that it is an issue. The automaker told Automotive News that a dedicated company team is working with police, NHTSA, and others "to investigate reported issues and solve them."

So far no recalls or service bulletins have been issued about the problem, but NHTSA's upgrade of their investigation brings them one step closer to demanding a recall if their research deems one necessary. And although the focus has been primarily on police vehicles, civilian Explorers are included in the investigation as well, and should be included in any repairs or recalls about this issue.