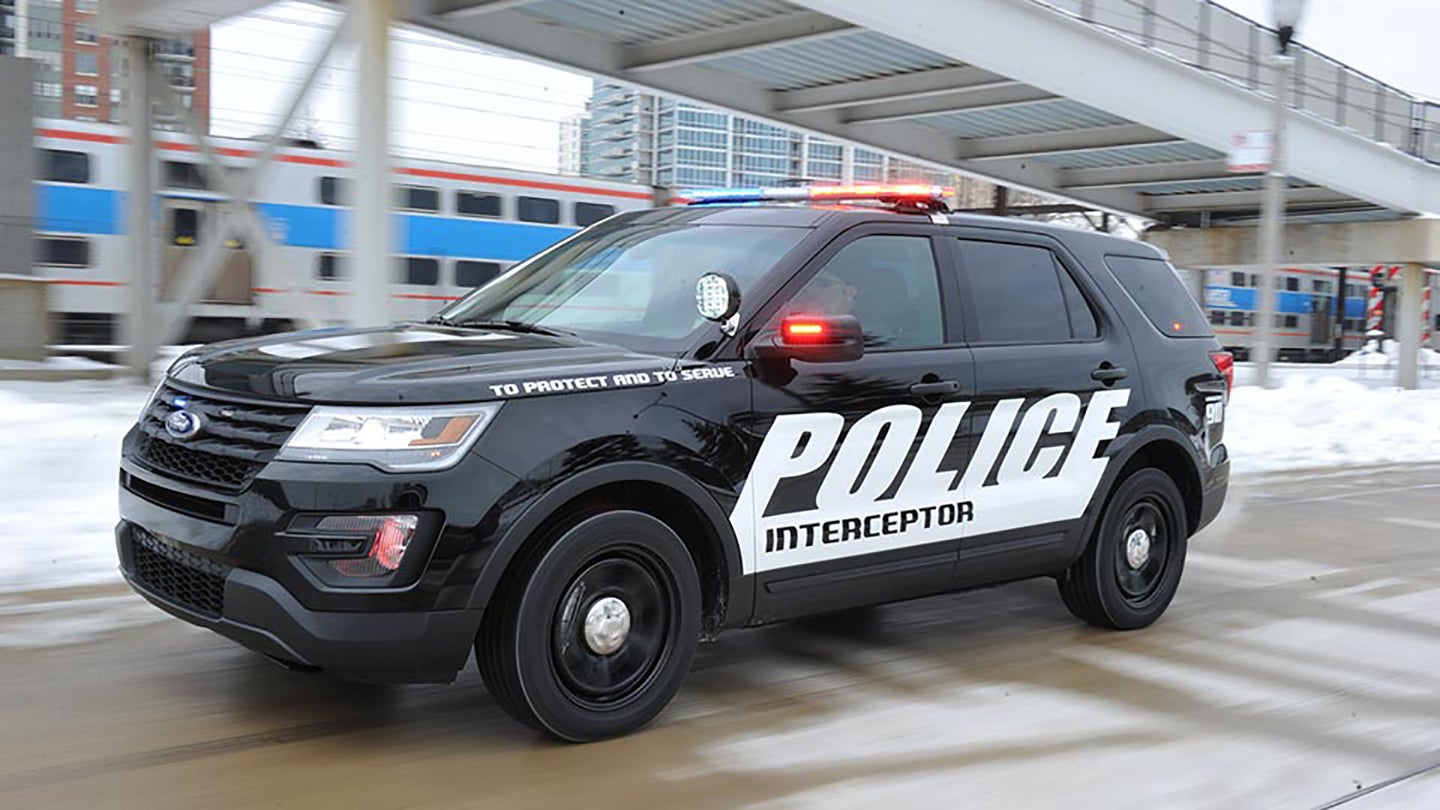 The Ford Interceptor Utility may be the number one selling police car in the country, with 32,213 sold in 2016, but it doesn't come without flaws. Several months ago The Drive wrote about how a Newport, California patrolman crashed his vehicle as a result of a possible carbon monoxide leak causing him to pass out. Many similar claims have been made to since the issue arose back in 2012, but have seemingly failed to effectively correct the situation.

According to reports, the Ford Interceptor Utility is most vulnerable to carbon monoxide leaks when the vehicle's air conditioning is running in recirculation mode and the vehicle is accelerating. The most recent documented incidents of carbon monoxide levels rising in the vehicle's cabin have occurred in the Austin, Texas Police Department. In attempts to protect their officers while this situation is corrected, APD has elected to provide each officer with a carbon monoxide detectors to “provide an extra layer of protection.” This is definitely a wise move, as officers can begin to feel symptoms of carbon monoxide poisoning after one hour in a 100 parts-per-million environment.

According the NHTSA, over 450 customers have filled complaints regarding their car smelling like rotten eggs and having possible carbon monoxide in the cabin. NHTSA filed an investigation regarding the incident, but has yet to release a final verdict from the investigation. At this time, no fatalities have been documented—but emergency personnel have begun expressing great concern around the issue, as they spend a majority of their day in the vehicles.