Turn 1 at Indianapolis isn’t a place you want to spin. 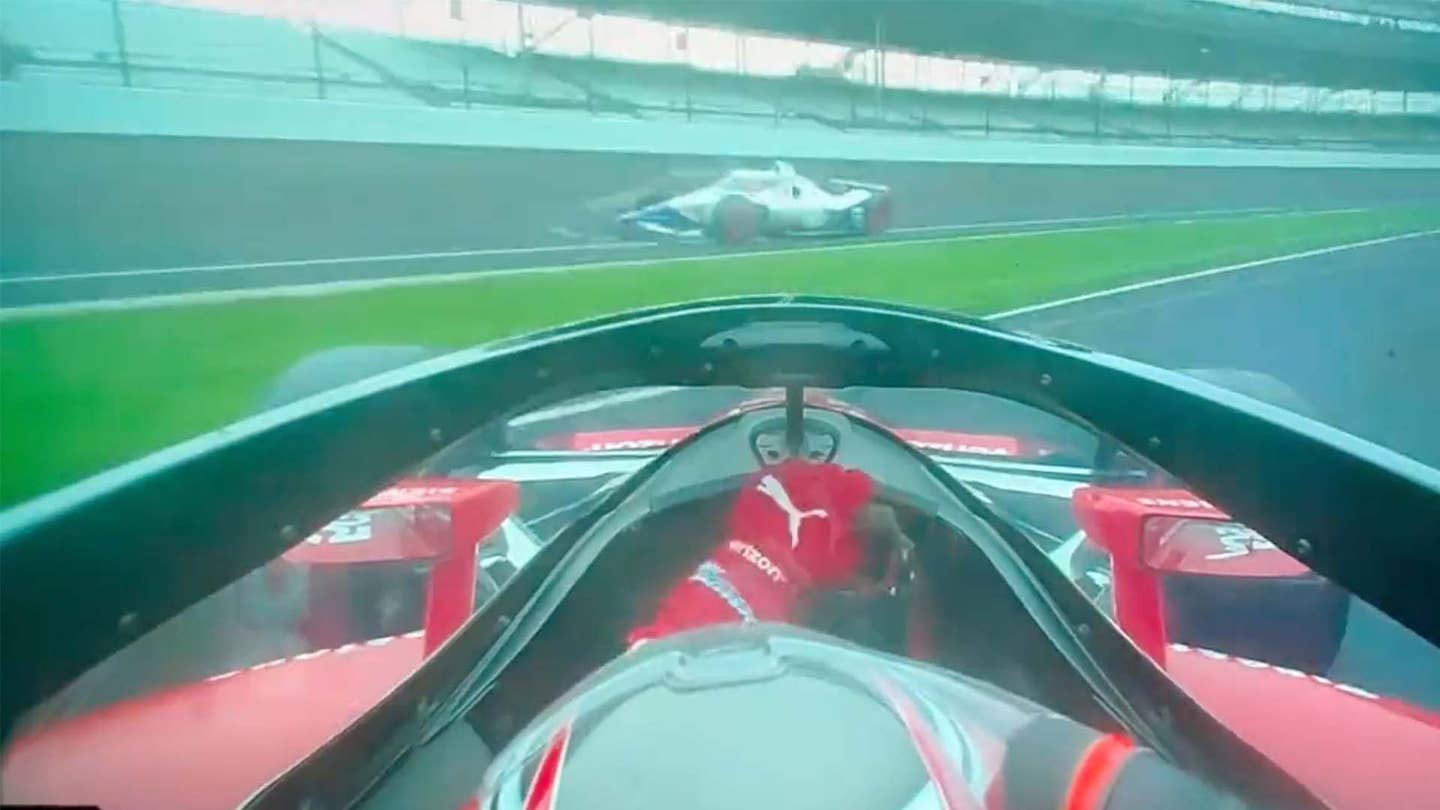 No matter how many advancements are made in race car safety, motorsport will be dangerous so long as drivers are behind the wheel. High speeds result in high risk, and while two (or more) cars touching at roughly 200 miles per hour sounds nightmarish, it's not much better if one of them is going slow at the time of impact. That was almost the case when Team Penske IndyCar driver Will Power spun just before rejoining the track at Indianapolis with other cars zooming by, but he made an amazing save with little margin left for error.

A big open test took place at Indianapolis Motor Speedway on Wednesday as teams prepare for next month's 106th running of the Indy 500. To give you an idea of the kind of speeds cars were hitting, six-time champion Scott Dixon led the field with a one-lap best of 227.187 mph. Speeds aren't much lower than that exiting Turn 1 at the track, and Power's mishap took place just past that while leaving the pits.

While no cars collided, Andretti driver Colton Herta spun at more than 200 mph when trying to avoid Power. That was enough for officials to call the test off as it was believed a new sealant laid down on the track's surface might've been the culprit.

“When we started today, I thought it was (slippery) just because the track was green and you go out, it’s really cold, but as the day progressed actually, it didn’t get any better,” explained Tony Kanaan, himself an Indy 500 winner who's driving for Chip Ganassi Racing at this year's event, to Racer. “I know they sealed the track and the apron; the track has no issue. But the apron seems that something is wrong with it. And I think it was the right call. You don’t want a car shooting up the track. I don’t know what the solution is going to be for tomorrow, but it’s obviously a little bit concerning.”

Power tweeted a helmet cam view of the near-miss later that evening. It doesn't give the clearest representation of just how fast other cars were coming, but you can imagine the level of danger he was in as he became a moving obstacle and cars gradually came off the high banking. Needless to say, Power's incredibly fortunate to have driven away from that unscathed, which can't be taken for granted—even with cars being exponentially safer than in decades past.

Development is supposedly on track, but the problem is supply-related.