Scott Dixon: 40 Is Nothing But a Number for IndyCar’s Fittest and Hungriest Driver

Happy birthday to IndyCar’s own Iceman. 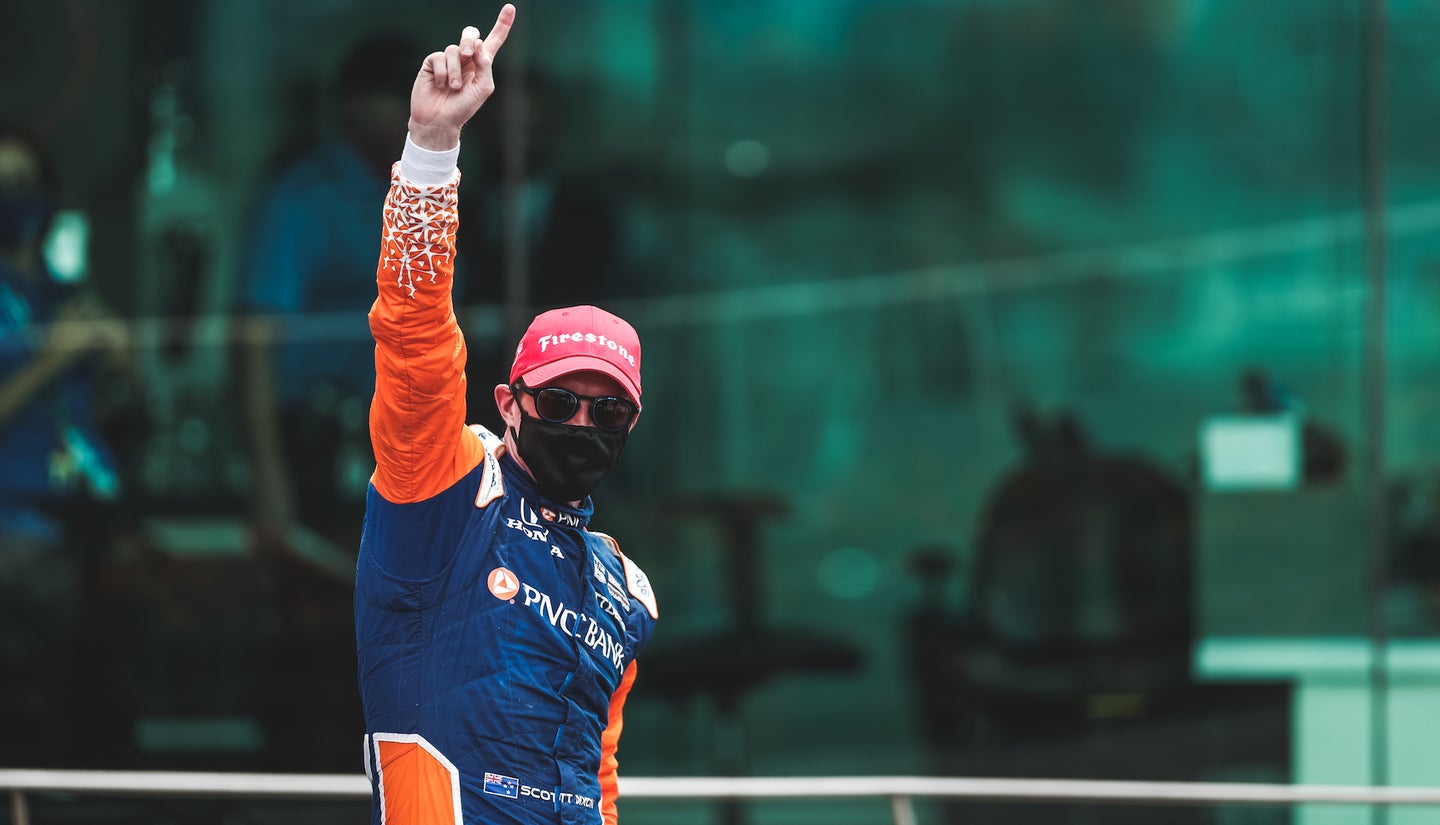 Scott Dixon turns 40 today, and if getting older is supposed to slow you down, he didn't get the memo.

The New Zealander has a lot going on for him right now. Not only has he won the first three of six IndyCar races this year—further solidifying the fact that he can master ovals and road circuits alike—but he's fitter than ever, properly established at Chip Ganassi, and he's enjoying family life with his wife Emma and three kids, including their seven-month-old son Kit.

In recent years there's been a sense of urgency in getting new, younger blood into motor racing, especially in Formula One, where the likes of Charles Leclerc and Max Verstappen are giving "old folks" like Sebastian Vettel and Lewis Hamilton a run for their money. In the States, IndyCar, however, has done a better job of embracing its oldest drivers such as Tony Kanaan (oldest in the series at 45), Takuma Sato (43), Dixon (40), Ryan Hunter-Reay (39), and Will Power (39). Interestingly enough, all of them have been immortalized on Indy 500 winner's Borg-Warner trophy in recent years, meaning that age hasn't stopped these 40 and near-40-year-olds from performing at their best.

I reached out to Dixon to find out what he's wishing for today when he blows out his birthday candles.

"I’m wishing for all of that! [a 500 win, a championship, and world peace]," he said. "World peace is probably more at the forefront in current times, but it would be rude of me not to wish for an Indy 500 and a championship."

From a distance, Dixon appears to live an extremely balanced life, mostly keeping to himself and away from the media when off the race track. Our only peek into his private life is through his Instagram account, to which he posts to on a regular basis. In summary: he often takes his kids to school, lays on the floor to play with his baby son, and enjoys spending quality time with his wife. A far cry from the fast and glamorous lives often enjoyed by other racing drivers, but perhaps that's his secret to success.

In fact, it may surprise you that Dixon isn't even that much into cars, opting to drive his team-issued Acura MDX Sport Hybrid around town instead. As he told me last year when discussing his Ford GT Carbon, he's much more into collecting timepieces like Rolexes, Omegas, and Patek Philippes than sports cars. Since then, he's actually become a Richard Mille ambassador.

One aspect of Dixon's lifestyle that's paid enormous dividends on the track over the years has been his fitness routine and nutrition habits. A person quite familiar with these is PitFit Training founder and friend of The Drive Jim Leo, who has been in charge of Dixon's physical and physiological training for over 20 years—in addition to the likes of Alexander Rossi, Tony Kanaan, etc.

"Scott's physical shape has improved as time goes on because he's adopted a more scientific approach to what he's doing," Leo told The Drive. "He realizes that as he gets older he has to listen more to his body, monitor what it's doing. Like many others, he realizes that he can't do things the same way that he used to when he was younger—plus, now he's got a family to look after. He's very conscious of maintaining that balance. His family time is just as important as his training."

With the shortened 2020 racing season pushing the Indy 500 to the end of August, it's up to Leo to fine-tune Dixon's training program to cope with this season's new challenges, such as limited cooling and airflow due to the safety windscreen. After all, Dixon has a reputation to uphold as the fittest man on the grid.

"First of all, our facility where we train doesn't have air conditioning, so he's already used to working in hot ambient temperatures, Leo said. "We've adapted our training a bit to help adjust for hotter working temps due to the windscreen, but also have had him spent time in an infrared sauna post-training along with some other reaction and cognitive skill tests performed in hot environments. We also have a very structured hydration program that he follows on race weekends."

"Some drivers have different capabilities in some areas, but from a well-rounded perspective, Scott is, no doubt, at the top of the game physically and mentally," he added.

You're only as old as you feel, right?

Will he be a motorsport maestro like his dad or a world-class runner like his mom? Either way, this kid’s got a pretty good shot at life.