Spencer Pigot’s massive crash with just four laps to go helped his chances, but it was still his race to win. 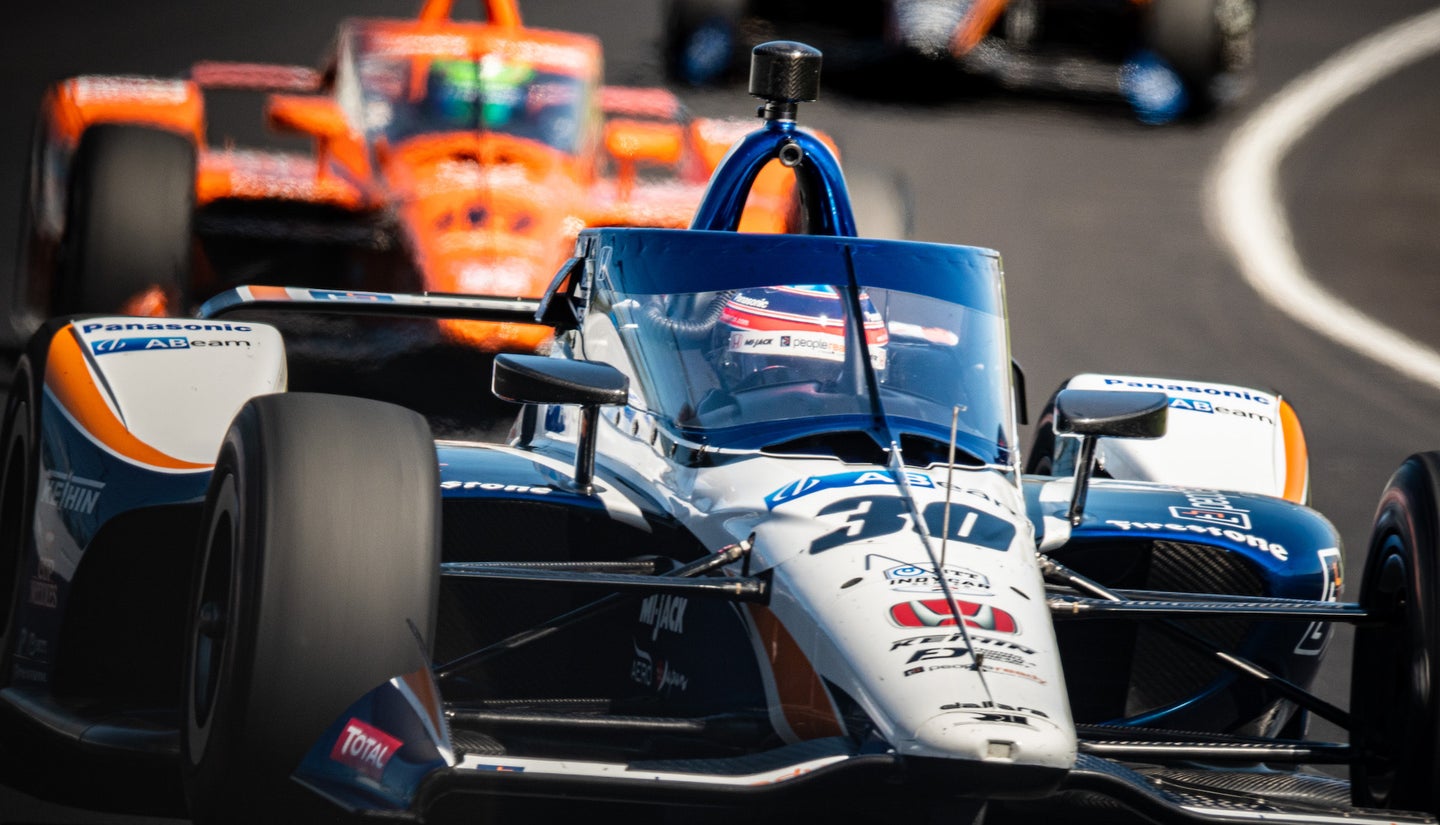 Japanese racing driver Takuma Sato put on a masterclass drive to win the 2020 Indy 500, after beating race-favorite Scott Dixon for his second-career 500 win.

The yellow-flag plagued race began with pole-sitter Marco Andretti losing the lead to Scott Dixon on the turn one, who eventually checked out and left the rest of the field approximately two seconds behind. Further back, Ed Carpenter's Space Force-sponsored Chevy was helped onto the wall by Zach Veach, though officials ultimately ruled it a racing accident.

A couple of moments later, it was James Davidson's 15 seconds of fame, though these came courtesy of a firey wheel and not a heroic pass. It's unclear what exactly happened, but the right front brake rotor basically heated up until it combusted and blew out the wheel and tire.

At the front, it was Dixon who was flexing on the competition, though it became evident that Andretti Autosport's Alexander Rossi was soon to become his nemesis. The American made his way to the front and eventually caught up to Dixon, finally stealing the lead a quarter of the way into the race, though it was clear that Dixon was engaging in fuel-saving mode.

On lap 65, Fernando Alonso's name was finally mentioned for the first time on the NBC Sports broadcast. The two-time F1 champion had literally been a non-factor in the race up until that moment, and nothing really changed for the remainder of it.

Things heated up after the halfway mark when an unsafe pit release by Rossi's crew made the blue and yellow No. 27 collide with Takuma Sato's race car, earning the hopeful winner a penalty. As a result, Rossi was sent to the back of the field for an unsafe pit release.

The race was on for Rossi to get back to the front, but just a few laps later the slightest of errors put him on the wall. His race was over.

Up front, it was Rahal Letterman's Sato who inherited Rossi's challenge and took the fight to Dixon with just 20 laps to go. Graham Rahal, Santino Ferrucci, and Pato O'Ward were all within range of the win in the closing laps, but ultimately it was a duel between Dixon and Sato that produced a winner.

With just four laps to Spencer Pigot lost control coming out of turn four and smashed onto the outside wall before bouncing straight into the pit lane median. The ferocious crash brought out yet another yellow flag, which ultimately decided the fate of the 104th running of the indy 500.

Sato became the 20th racer in history to be a multiple-time Indy 500 winner, and the 2020 Indy 500 will go down in history for two big reasons: the first-ever to be held outside the month of May, and the first to be held without spectators present.

Hopefully the 105th running of the race will be held under more normal circumstances.