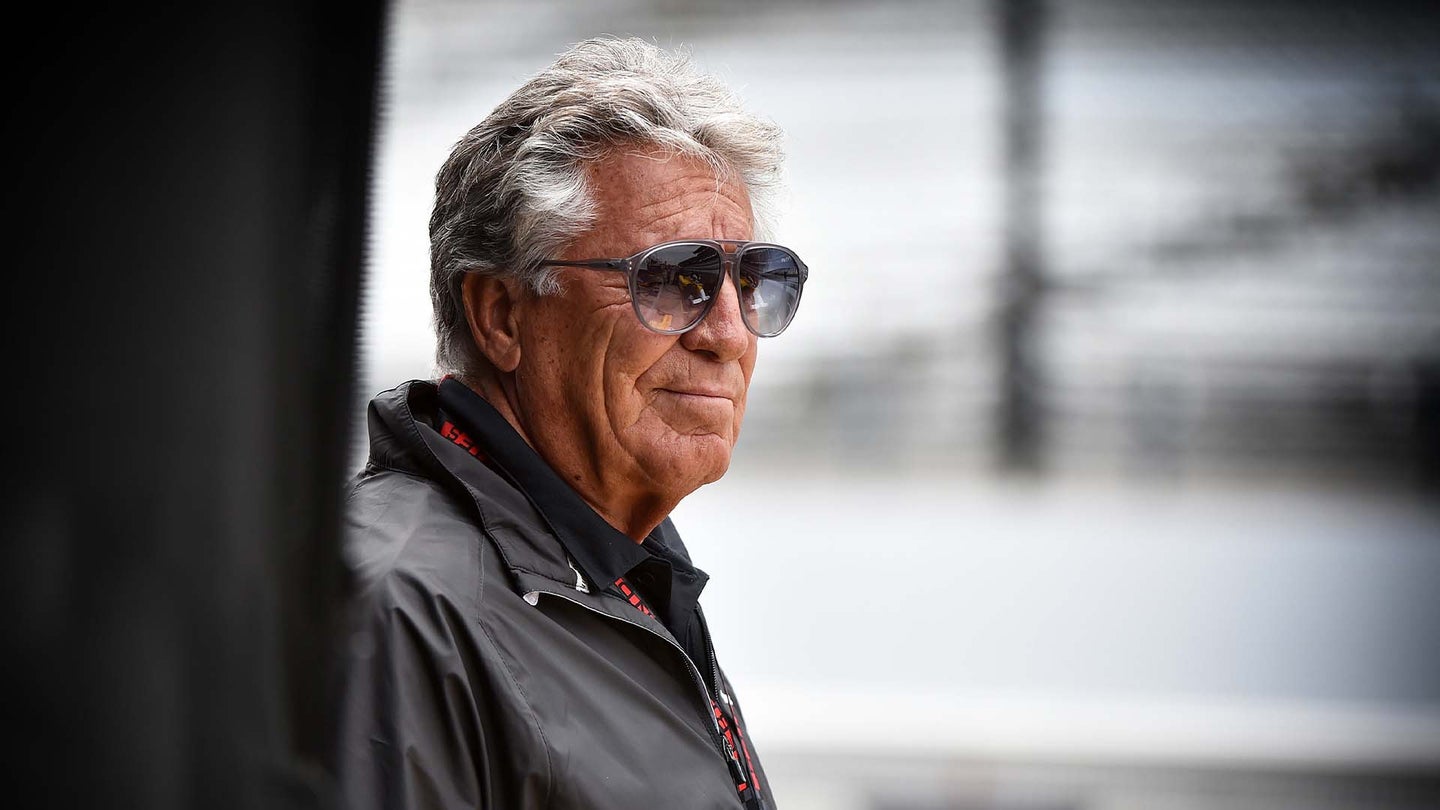 Mario Andretti made headlines late last week when he announced that his son, Michael, intended to field a Formula 1 team in 2024. Michael Andretti, a former F1 driver and owner of IndyCar powerhouse Andretti Autosport, seemed to be quite serious. His father noted the entry "has the resources and checks every box," and today, that serious tone was taken up a notch.

In an interview with motorsports reporter David Land, Mario Andretti said that the team not only has vital resources prepared and people ready to go, but also that an engine supplier is in the bag. "We have a formal agreement, now, and [an] engine supplier. It's going to be Renault, I'm allowed to say it now."

We've reached out to the Alpine F1 team—which was re-branded from Renault last season—to confirm this. However, hearing it from Andretti himself is certainly something. The former F1 world champion notes that this shouldn't upset too many other current outfits, either. As it stands, the plurality of F1 teams are Mercedes-powered, and if Andretti chose Ferrari as its engine supplier, it may create a power struggle between the teams. Renault, however, only supplies engines for its in-house Alpine team after it lost Red Bull to Honda in 2019, and then lost Mclaren to Mercedes in 2020.

The potential deal would be good news for Renault, and certainly positive for a fledging entry like Andretti. Having an engine supplier locked down makes a new team more legitimate, especially one that won't upset the balance of power too much. F1 is an exceedingly political sport, and anything to appease the existing teams is good.

So far, some of F1's ten current teams have been less than supportive of Andretti's proposed entry. If it doesn't add value to the championship, some say, they don't see the point. Mercedes-AMG F1 Team Principal Toto Wolff in particular voiced his concerns earlier this week in saying, "This is the Champions League or the NFL. And redistributing franchises on the go, that’s not how it should be, and it’s not the intention of Formula 1 and the FIA either." McLaren's Andreas Seidl, on the other hand, says he "definitely would welcome the Andretti team," continuing to express his enthusiasm by noting he would "love to compete with them."

All the ducks have to be in a row for the Andretti Global entry to be approved. Every F1 team must agree that they would be a benefit to the sport. If they don't, it won't happen—it's that simple. Andretti would also have to pay a $200 million fee, which is distributed amongst the teams, in order to enter.  Needless to say, it's a big challenge to get into F1; however, the would-be team seems determined. "There's a lot of steps to take here... it's a huge undertaking," Mario Andretti said in his interview with Land. "But we're ready for it. We have incredible partners. Let's face it: I've been at it for 67 years now."

"We live and breathe motor racing," he added.

What 2022 F1 Testing Has Taught Us, From Porpoising to Surprising Speed

After three days of shaking down the new cars, we know a lot more about this season.

Andretti Has Officially Applied to Enter Formula 1 in 2024

“This isn’t what anyone wanted,” a Honda rep told us as the automaker attempts to set the record straight.