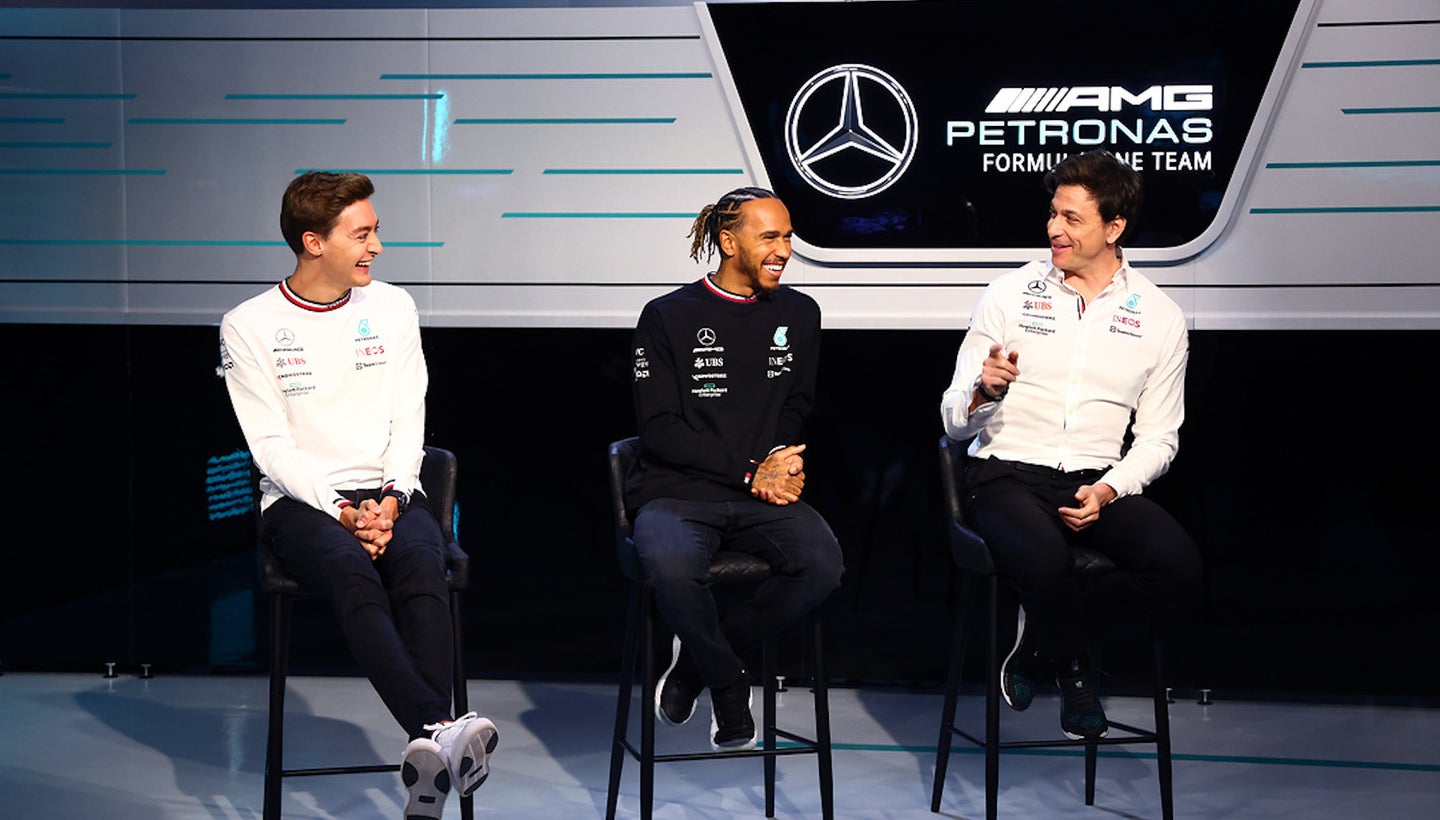 A total media blackout after the Abu Dhabi Grand Prix fiasco had fans concerned Lewis Hamilton might walk from Formula 1, but the seven-time world champion was present at Mercedes' 2022 launch today and appeared more than eager to get back to what he does best: racing.

Hamilton reflected on a decade at the team: "It's very surreal to think that it's 10 years I've come to the factory and I was just saying earlier that seeing George [Russell] have a seat fit—whilst he's been in and around, so it feels very natural him being here—seeing the seat fit he was having was very, very reminiscent of when I had my first seat fit in 2013 and just remembering how exciting that was and what a privilege it was to be a part of the Silver Arrows.

"So going into this year, I haven't really set any goals, initially," Hamilton continued. "I think naturally, every single individual within this team has worked towards the ultimate goal of winning the World Championship and again raising the bar and doing something that no one else has ever done before. We've done eight [constructor championships] now," he said. "We've got to move on to the next one."

Team boss Toto Wolff said that it was "a little bit surreal that as a team, we were able to achieve [the constructors' title] eight times in a row. Obviously, there was this shadow with the driver championship, with Lewis' championship, the Abu Dhabi situation. But let's look into the future and definitely we want to continue where we started, but we have no sense of entitlement."

Following yesterday's announcement that Michael Masi would leave his post as F1 race director and the role would be restructured, Wolff added that "it's very encouraging to see that action has been taken. There's a much more robust structure now and a support structure for the racing director," he said.

"DFA has stated that there will be a virtual race control room state of the art technology, and now new guys are going to be in place for the Barcelona test, and I think the right steps."