With multiple races in the U.S. and even more across North America, it’s time for U.S. corporations to back America’s next F1 driver.

Many new drivers have come into Formula 1 over the last decade, but very few have managed to survive longer than a season. And even fewer have stuck around the entire time. The pinnacle of auto racing is ultra-competitive, ruthless, and famous for ravaging billionaires' pockets faster than a politician on the campaign trail. It takes loads of money and luck to make it into F1, and even more money and a heap of talent to stay there. Landing a back-to-back contract with a leading team is so difficult, however, that only a tiny fraction of the world's top racing drivers ever get to experience it. That makes Red Bull Racing's Sergio Perez a bit of an anomaly. The F1 veteran has survived through it all, from Sauber to McLaren and a lengthy stint at a team forced to rebrand various times due to financial and legal reasons, he's endured a less-than-smooth career trajectory on his way to becoming Max Verstappen's teammate.

Perez, or Checo, as he's affectionately nicknamed (we share the same last name and nationality, though we are unrelated), is currently enjoying his sophomore year in what's arguably the best team on the grid, and sitting pretty in third place in the drivers' world championship. With two wins, 17 podiums, and other racing accolades under his belt, he's already the most successful Mexican in F1. He's also the series' only Latin American racer, and one of only three North Americans, along with Canadians Lance Stroll and Nicholas Latifi. Despite Haas F1 being an American-owned racing team, F1 still lacks an American racing driver. But as Perez told me recently, he thinks this will change soon enough.

Perez's ultimate goal isn't any different than that of every driver on the grid: become an F1 world champion. But as he told me in an interview facilitated by ExxonMobil, the team's official fuel and oil provider, during the Miami F1 GP weekend, he feels a special responsibility to the Mexican and Latin American people to be a good role model on and off the track. And with both U.S. Grand Prix taking place in cities with a heavy Latino presence—in addition to what happens in Mexico City and also Brazil—he is aware that his platform is now bigger than its ever been during his career. In fact, the Guadalajara native is convinced that he's one of the reasons why F1's owner, Liberty Media, has catered to the booming Latino market whether it's within the U.S. or south of the border.

Note: This interview has been translated from Spanish to English. It has been lightly edited for clarity.

Jerry Perez: Let's rewind to 2011, your first year in F1. The only race in North America was in Canada. Any hometown fans wanting to cheer you on had to make the trek up to Montreal. In fact, I did that in 2013 when you still raced for Sauber. Shortly after that, Austin came on the map and it seemed all of Mexico was there cheering you on. Then Mexico City returned to the F1 calendar a couple of years later, and since then we've added Miami. Do you think this North American explosion would've happened without Checo Perez?

Sergio Perez: I don't have a doubt that my presence is important for this market, as I've been the sole Latin American representative in F1 in the last few years, but I believe that Formula 1 is a sport that sells itself. The Latino market has grown enormously too and this market is very important to the U.S [hence the new races coming online]. So being the only Mexican driver and being able to connect with my Latino fans at these venues is very special—this part of the world is very special to me.

JP: Does racing closer to home, for example, Austin and Miami, boost your marketability to sponsors back at home? It's one thing to promote your Mexican sponsors in Italy and Singapore than it is to do so in Mexico or Texas, where their customer bases might actually be.

SP: Yes, I think it is important because I can promote the entire team throughout the world, but then coming to Mexico is special for some of the brands. Without a doubt races in the Latino market have helped [with sponsors] and each time the value of my own brand has also gone up.

JP: Speaking of how races can influence sponsors, do you think that with three F1 races in the U.S. by next year, now is the time for a company to step up and back an American F1 driver?

SP: Without a doubt. I believe that now we're going to start seeing American racing drivers and Latino drivers pushing to get to F1 because of the U.S. races. Also Latino drivers, too. But we have to be very aware and realistic that getting to F1 is very, very difficult.

JP: The pipeline of Mexican drivers is very healthy at the moment, not only with top racers in IndyCar, NASCAR, and other global series but obviously with you at Red Bull in F1, and most recently Esteban Gutierrez, too. On the other hand, the pipeline of American F1 hopefuls has dried up over the years, with just one name on the docket [Colton Herta] nowadays. Why is that?

SP: I think that while American racing drivers aren't going through a great moment, it's only a matter of time now [with more races in the States]. America has also had great racing drivers, but you have to remember that there have never been F1 opportunities available in this part of the world. It gets very complicated because, at the end of the day, F1 is a European sport and we drivers must get to Europe at a very young age, have to grow up over there, and leave our families and everything behind. When you don't start the process from a very young age it is very complicated.

Perez isn't wrong, the time for America to produce a worthy candidate for an F1 seat is now. Whether it's with the hopeful Andretti F1 team or an existing squad, someone's got to ride the wave of corporate dollars being pumped into these new stateside races. This isn't a good opportunity just for aspiring drivers like Colton Herta (who enjoys ample backing from Gainbridge), but also for the teams, who can now pitch American companies sponsorship packages that can deliver actual ROI. It matters that their company logos will be seen in South Beach and the Vegas Strip, and not just places in Europe and Asia—or Jeddah and Baku.

It's about time that a U.S. driver joins their fellow Mexicans and Canadians on the grid and picks up right where Alex Rossi, America's last F1 hopeful, left off. F1 is a global sport with an ever-increasing presence in North America, but that momentum won't last forever—not unless we give Americans a homegrown hero they can get behind. 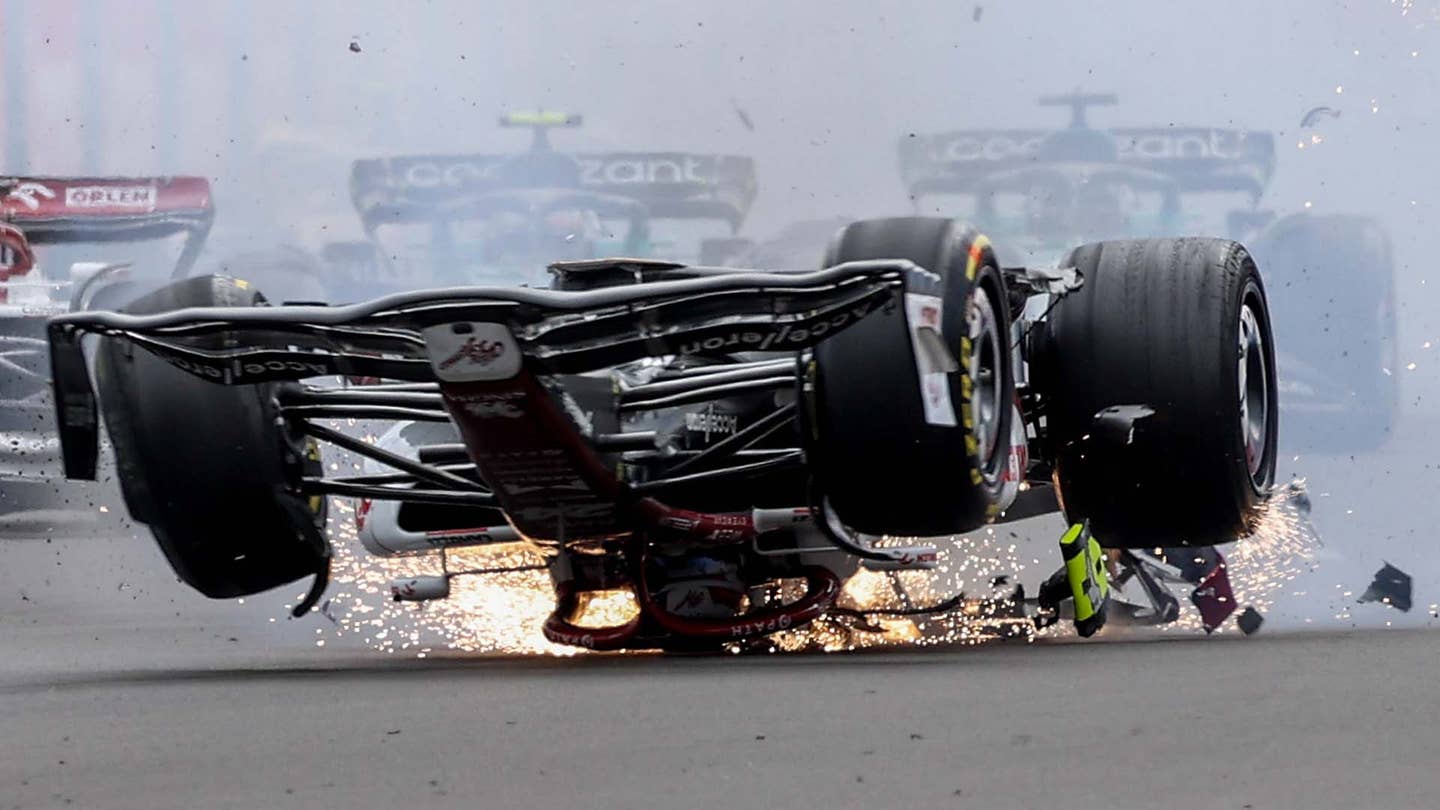