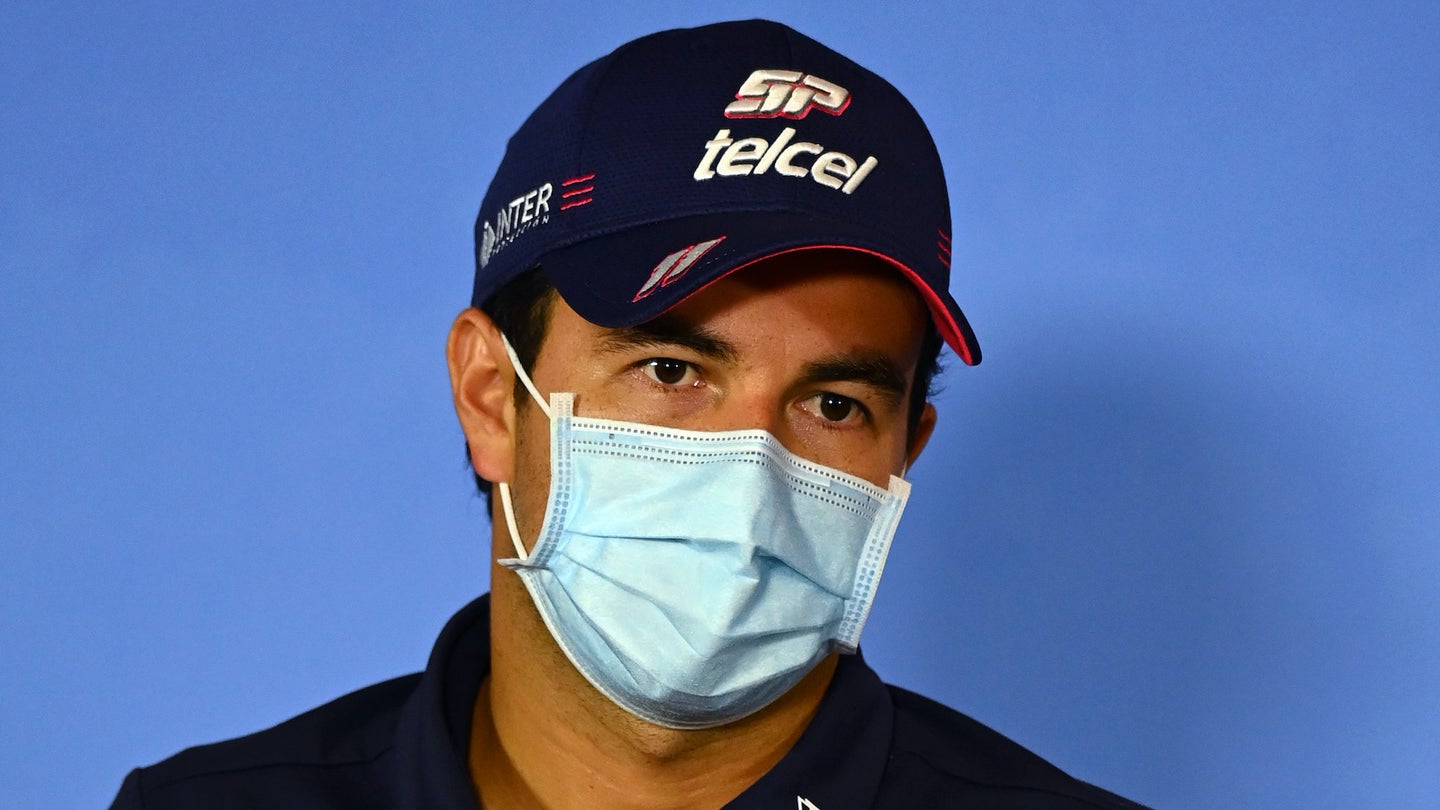 To safely start up its 2020 race season, Formula 1 pledged to regularly test every single person in the paddock for COVID-19. So far, F1 has been keen to brag about the number of negative results it has received, though its first positive test result since March has turned up from Racing Point's Sergio Perez.

Update 07/30/2020 at 4 p.m. ET: A positive test result has since been matched to Perez after an initial test was returned as "inconclusive."

Perez was reportedly absent from Thursday's FIA press conference, where he was scheduled to appear alongside teammate Lance Stroll. A team spokesperson confirmed Perez had retreated into isolation following the result, and that other members who had been in contact with him were also self-quarantining.

"Checo is not at the circuit today following an inconclusive test result. He is self-isolating awaiting the results of a retest," the spokesperson told Autosport prior to his positive test. "Checo came into contact with a small group of team members. They are self-isolating and being retested."

Mercedes-AMG is likely to supply Racing Point with a reserve driver in the form of Esteban Gutierrez or Stoffel Vandoorne at this weekend's British Grand Prix. Perez's countryman Gutierrez is expected to be the more likely stand-in as Vandoorne is currently preparing for Formula E's six-race marathon in Berlin. A Fox Sports F1 pundit has tweeted that Gutierrez is reportedly already en route to Silverstone Circuit, where the Grand Prix will be held.

The British Grand Prix is reportedly still expected to go on as planned. There won't be spectators, but the outside world will still be let in via live broadcasts.