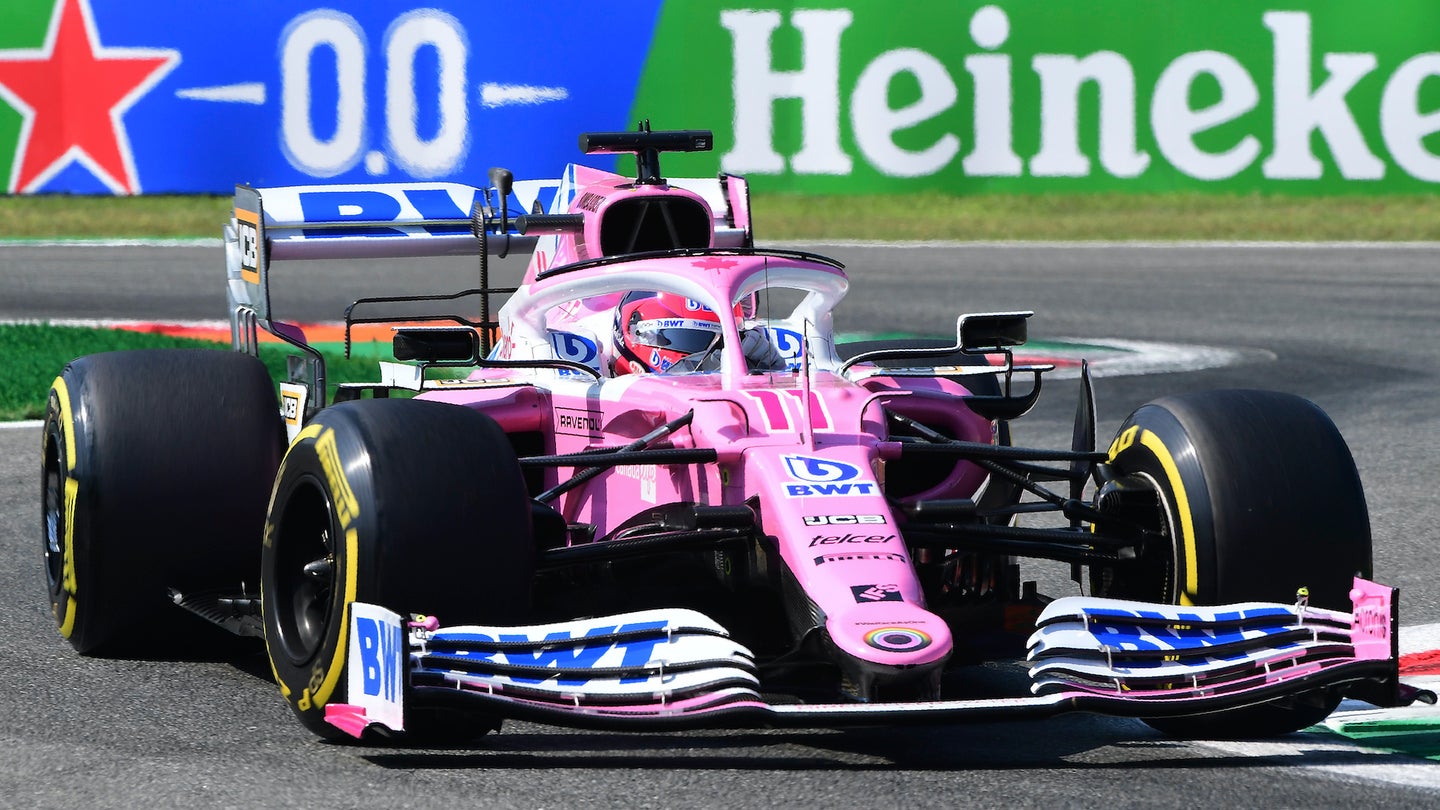 After seven years, five podiums, multiple "almost podiums," and dozens of top tens points that would've most likely never been scored otherwise, Sergio Perez will be separating from Racing Point Formula 1 Team at the end of the shortened 2020 season. Both the team and driver confirmed the news Wednesday afternoon via social media.

Formula 1's own blog may have called this a "shock announcement," but the truth is that uncertainty has circled the Mexican racing driver's seat since Ferrari's Sebastian Vettel announced his split from Ferrari earlier in the year. Further rumors that the German was headed to Racing Point were fueled by the fact that the team's owner, Lawrence Stroll, was seen being buddy-buddy with Vettel multiple times throughout the early races of the year—in addition to "going somewhere together in the team principal's personal Ferrari," per ESPN.

Perhaps the only shocking part of the split is the fact that Perez still had two years left on his three-year contract, and that the team is moving forward with another driver—ahem, Vettel—despite Perez jumping through hoops to keep it alive after former owner Vijay Mallya put the squad in jeopardy due to his crooked business dealings in 2018.

"It hurts a bit as I bet on the team during very rough times, we managed to overcome obstacles and I am very proud of saving the jobs of several of my teammates," said Perez in a press release.

"Everything in life has a beginning and an end, and after seven years together, time with the team will come to an end after this season," he added. "I hope I can give you some good news real soon, but for now, let's enjoy together the next races."

Set to be rebranded as Aston Martin for the 2021 season, the writing on the wall on Perez's side of the garage couldn't be ignored, fully knowing that his teammate Lance Stroll, son of team owner Daddy Stroll, would most definitely not lose his seat if Vettel decided to sign.

“Checo has been part of the Silverstone family for seven years and in that time has become one of the most complete drivers on the grid," said team principal Otmar Szafnauer in a statement. "Blisteringly quick on Saturday and Sunday, he’s established his reputation as a tenacious racer and together we have enjoyed some fantastic moments."

Despite a few setbacks and a short stint at McLaren-Mercedes during the last years of the Ron Dennis dictatorship, Perez is still considered one of the top and most underrated drivers on the grid. His ability to conserve tires and manage fuel loads make him more of a marathon runner than a sprint racer, and given F1's current state of affairs, that's a quality that could make him appealing to other teams.

With the departure of Esteban Gutierrez from the Haas team a couple of years back, Perez became the sole Mexican driver in Formula 1, keeping the hope alive for a country with a rich F1 history and tens of millions of F1 fans—and not to mention a typically amazing F1 race every fall at the Autodromo Hermanos Rodriguez.

Racing Point has remained mum on Perez's replacement, and most likely will for a while, but it'll be interesting to see just how things start to shape up during 2020's "silly season."