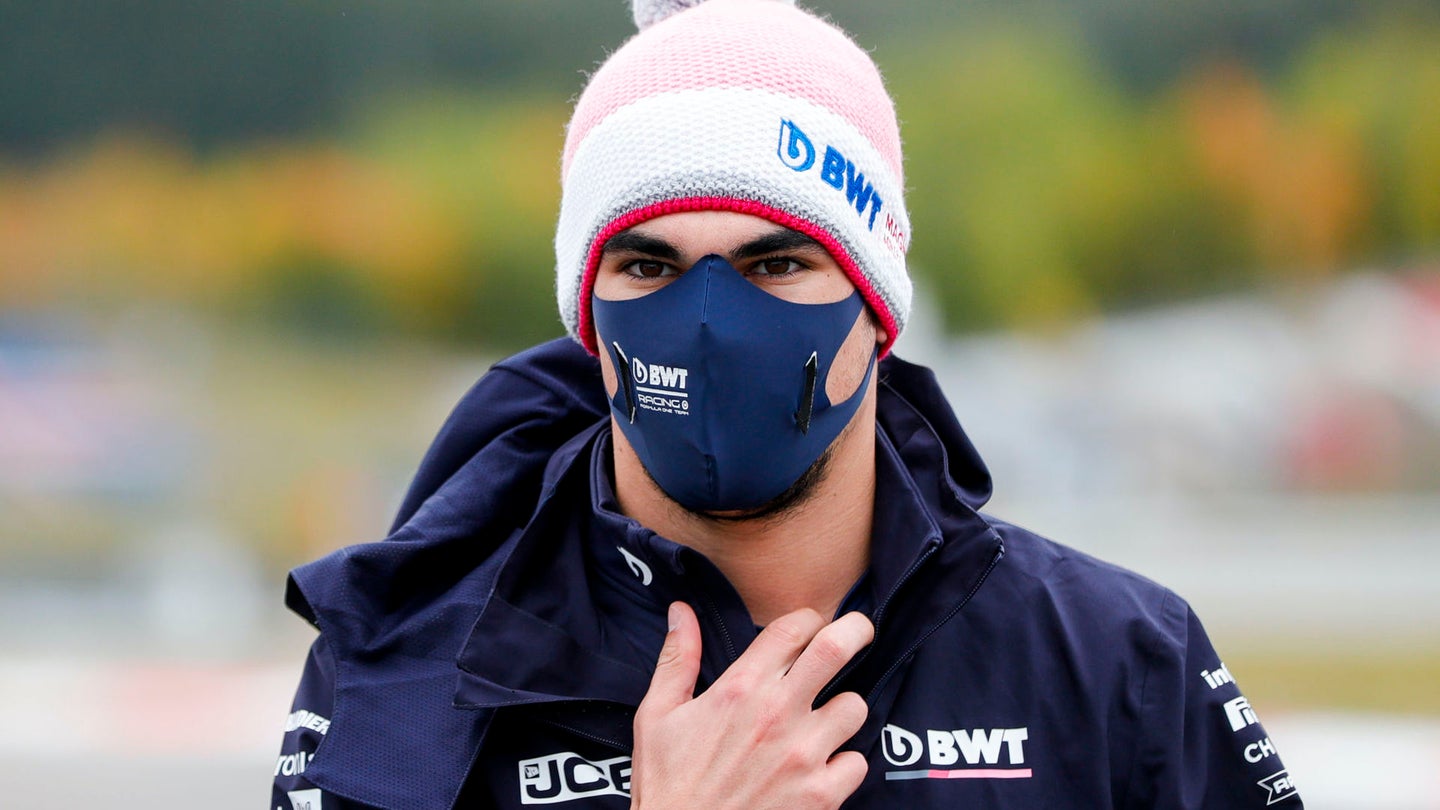 On the morning of qualifying for Formula 1's 2020 Eifel Grand Prix at the Nürburgring, Racing Point F1 driver Lance Stroll complained of an upset stomach before entering self-isolation at the track. Still feeling under the weather the following morning, the Canadian flew home, afterward taking a COVID-19 test that came back positive on Monday morning.

Stroll explained in a Facebook post that his day-of-arrival test on Tuesday was negative, indicating he caught the virus while inside F1's protective bubble throughout the race week. Since his positive test on Monday of last week, Stroll has again tested negative and will be fit to race at Portimao this weekend for the Portuguese Grand Prix.

Stroll's teammate Sergio "Checo" Perez is F1's only other driver to contract COVID-19, the Mexican doing so just prior to a doubleheader at Silverstone Circuit in early August. Perez's absence prompted Racing Point to call an old friend from its Force India days, Nico Hülkenberg, who on short notice notched a respectable seventh place in the second race, mechanical problems barring his start to race one.

Hülkenberg reprised his role as Racing Point's backup in Nürburg, where he ascended from the last place to finish eighth, winning Driver of the Day and a possible drive with Red Bull Racing in 2021.

Stroll, however, only won the ire of anyone who knows how infectious diseases work, as flying even on a private jet may have exposed the flight crew to the highly communicable, sometimes deadly COVID-19. They join a growing body of F1 fans who detest the born-wealthy driver and would've preferred to see him replaced by Sebastian Vettel at Aston Martin (Racing Point's new name next year) in lieu of Perez, who sits four positions and 11 points higher than Stroll in the championship despite having missed out on two full races.