Last year’s dirt race kicked up so much dust that drivers couldn’t see. This year, NASCAR had the opposite problem. 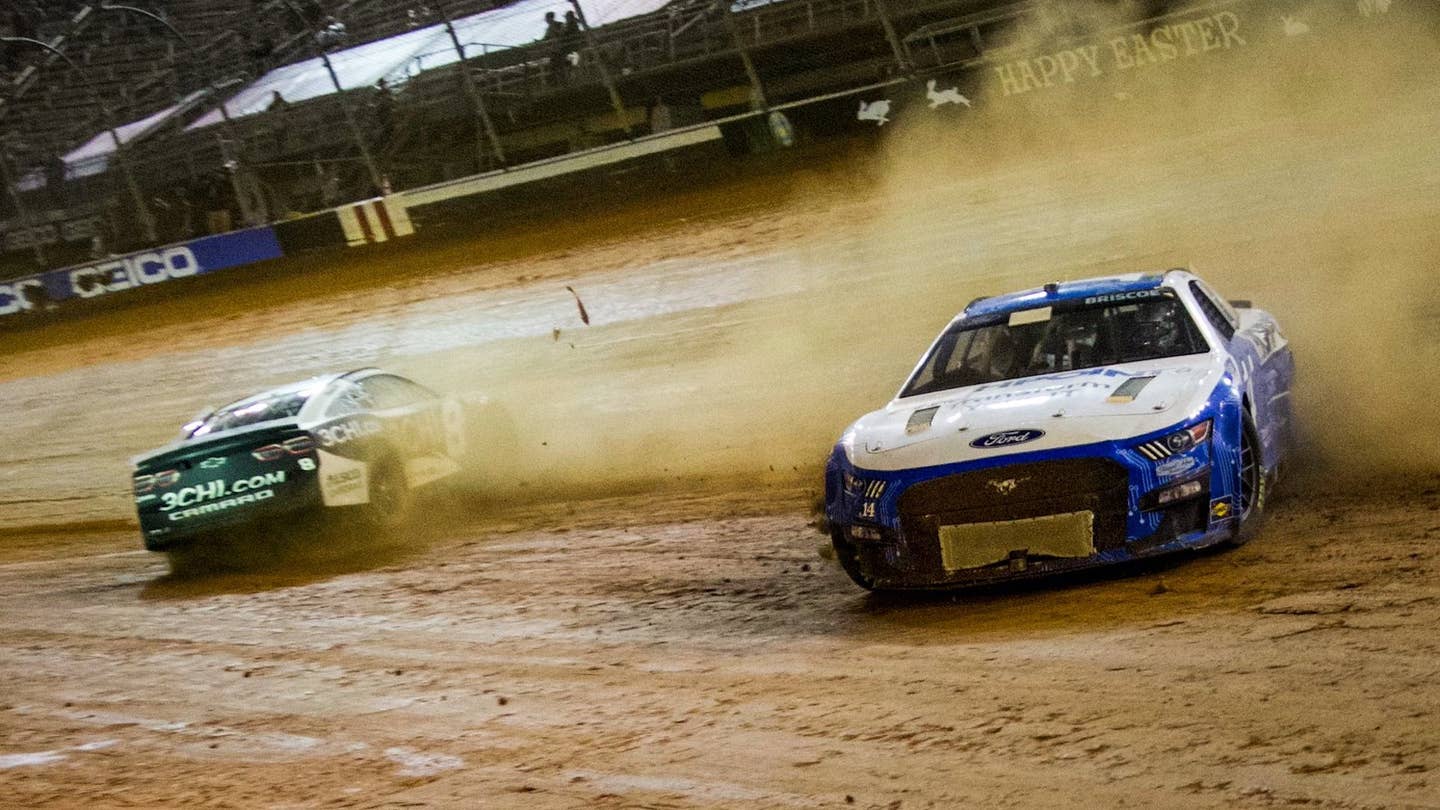 The NASCAR Cup Series' first race on dirt in 50 years last spring didn't go perfectly to plan. Despite months of prep work to turn Bristol Motor Speedway into a dirt track, the temporary racing surface turned dusty as it dried, compromising drivers' visibility—and thus safety. This year, despite attempts made to rectify the issue, dust remained a problem, while an entirely new one reared its head on race day: Mud.

Dust served as the opening act for drivers' grapples with the racing surface over the weekend, kicking up during practice in the new Next Gen cars as it did during last year's race. As the race itself had been rescheduled for the evening, however, with a NASCAR official telling The Charlotte Observer that'd prevent the track from drying too much, dust wasn't expected to remain a problem. They were right, but they traded one issue for another.

Come race day, the racing surface was if anything too moist, instead resulting in mud that forced cars to pit as soon as lap 12 with overheating concerns. On lap 13, officials threw a caution, requiring all cars pit to clean their windshields and unclog their radiators. Like last year, with its hasty mid-race tweak to race restarts, NASCAR made it clear that it's yet to find a way to create loose surfaces that hold up to Cup cars.

"The first thing I can tell you is we did a terrible job prepping the track," remarked 2014 Cup Series champion Kevin Harvick after his lap-100 crash, according to Racer. "[It was] full of mud and there was nobody here to pack the track, so we all look like a bunch of bozos coming in to pit because we don't know how to prep the track."

Harvick added that he liked Bristol when it was solid asphalt, but that his complaints would fall on deaf ears. Unfortunately for him, Johnson City Press reports Bristol has already secured another round of dirt racing for next spring. Only then will we know if NASCAR has figured out a way to nail the balance between too dry and too wet—or if it'll simply be chased from the cottage by the family of bears whose porridge it has wasted. I'll let you figure out that metaphor for yourself. Maybe Bob's Red Mill will make it easy on me and sponsor a car for shits and giggles.

Hendrick sees it as a good way to draw in new fans, a lot like the Clash at the LA Coliseum.