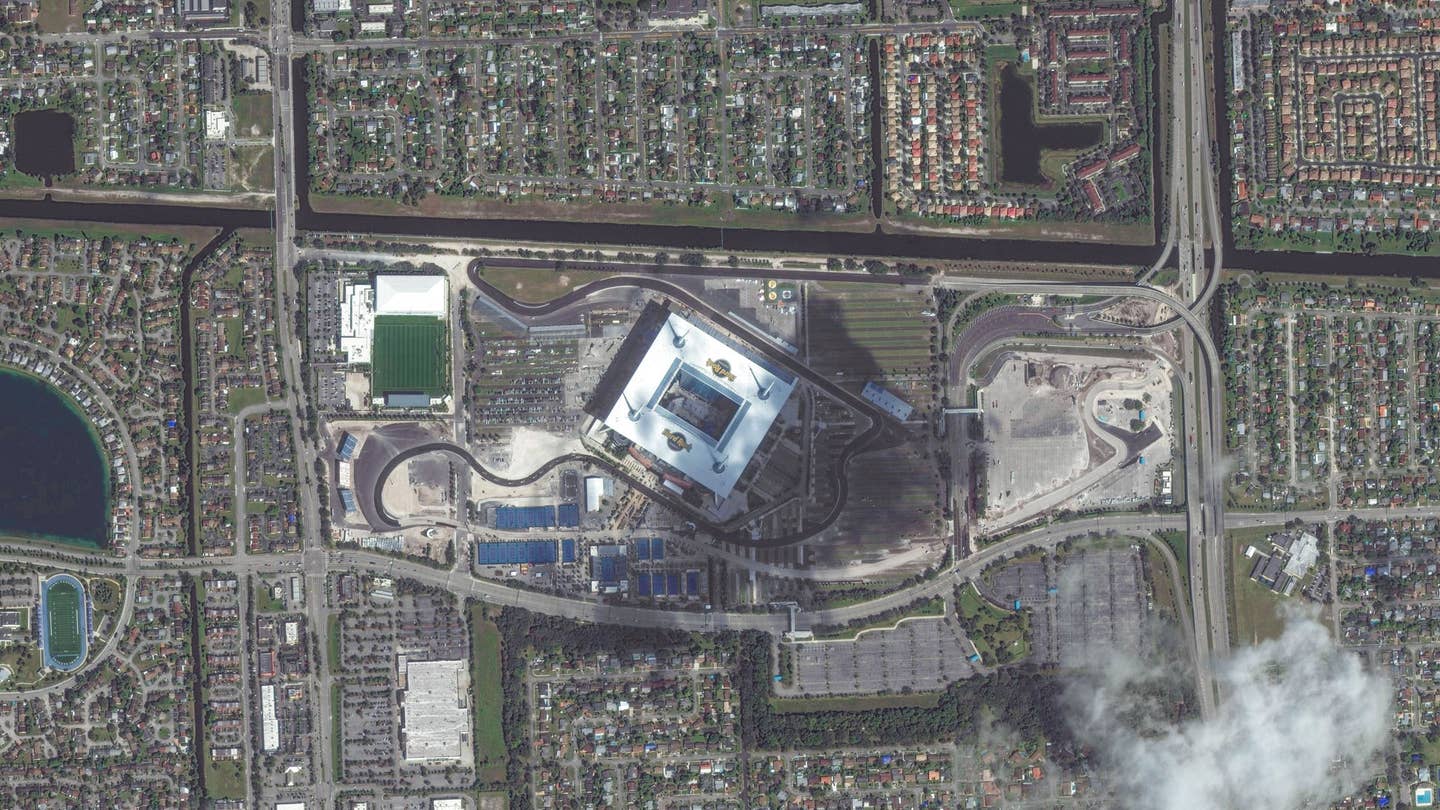 Miami Gardens residents have been protesting holding a Formula 1 race on their doorstep since it was first proposed. Now, the judge on that case has said that the injunction can't move forward until after the first event has been held and the effect on residents is measured. In other words, the race that's currently scheduled for May 8 won't be blocked.

The residents' objection is to putting a race track as close as 218 yards away from homes, which they say is gonna have an adverse effect on their health. The latest court case put forward that homes up to 2.5 miles around the track would be subject to noise levels of 97 decibels pretty much continuously over the weekend.

Miami Dade judge Alan Fine hasn't thrown out the case, as the Miami Herald reports, but he has put a stop on it interfering with the event in just a few weeks' time. Fine won't hold an injunction hearing until after the race and has advised residents that they need to stay indoors and use earplugs to avoid noise, which is the sort of sensitive comment to really peeved people that's bound to have calmed them right down...

The issue is that the noise levels the residents are quoting are "highly speculative," according to Fine, who says that they are "not based on any current Formula 1 noise information." So until there's been a race held and the noise levels have been assessed and proven—which the Hard Rock Stadium says it's already on the case of, as with all events held there—then the case can't continue. Although, Fine didn't block residents from coming back to dispute the next nine years of the contract to hold a grand prix there.

Something that will be kind of interesting is whether F1's support races play a major role in the decision. F1 uses turbo hybrid V6 cars, so the noise is definitely not like it was with screaming V12s. It's pretty unlikely any city other than Monte Carlo would've welcomed the shrieks of dying 1991 Lamborghinis but these days, the sport is relatively quiet.

On the other hand, the Porsche Sprint Challenge North America uses the Porsche 911 GT3 Cup Car which is horsepower down but noise up on an F1 car, and the same goes for W Series' Alfa Romeo 4-cylinder powered cars. The all-female single-seater series is running a double-header race weekend to kick off its 2022 season, so there's a chance that although F1 might fall within reasonable noise boundaries, its friends might not.

There's also, if you've ever been in a paddock, a pretty good case for saying the cars are nowhere near the loudest things around. Tire guns howl when they rotate, and tools used by mechanics mean your hearing's safer trackside than in the garage. Races also don't normally happen between buildings, so factors like concrete echo aren't going to plague a circuit like COTA, and the Miami Grand Prix is really going for it in terms of concerts, having just announced an opening party on the Thursday as well as gigs through the weekend. So although current figures for what F1 cars put out don't match residents' claims, there's a very real chance the measurable noise levels won't correlate to them either.

Meanwhile, residents are gonna have to reach for the earplugs, as Fine advised, and bide their time to be able to take the case any further forward.

The specific date is still TBA.