The pace is certainly still there. Sadly, so are the lettuce and tomato. 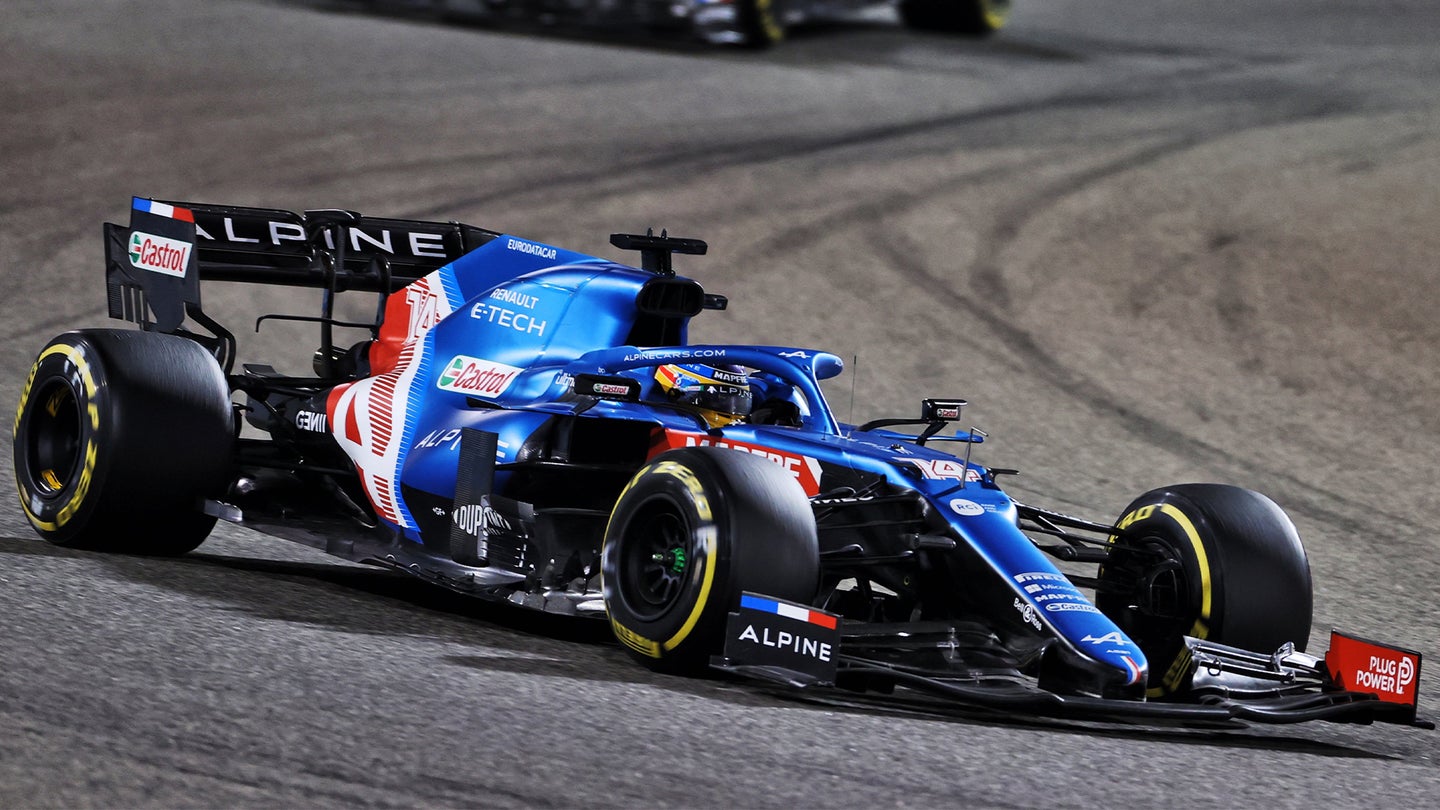 Fernando Alonso has not had an easy return to racing in Formula One. The 39-year-old, two-time world champion has contended with quarantine issues that saw him miss the Alpine team's car launch and a cycling crash that hospitalized him and meant he will be racing this season with metal plates in his jaw. The Spaniard, nevertheless, came into last weekend's Bahrain Grand Prix seeming upbeat and with realistic hopes, telling media he wanted to score points and start off the season well.

Alas, no. Alonso retired on lap 32 of 56, after slipping backward in the order. The Alpine team's new executive director Marcin Budkowski explained that Alonso had a small issue following his first pit stop, which led them to turn down the power unit somewhat. "Then after the second stop, a sandwich wrap paper got stuck inside the rear brake duct of Fernando’s car, which led to high temperatures and caused some damage to the brake system, so we retired him for safety reasons. It was a very unlucky first race for Fernando considering how strong he looked.”

That might sound like a laughably small issue for the world's most technologically advanced race cars but a brake duct blockage is pretty terminal for an F1 car. The rear brakes work so hard over the course of a race that they can reach 1,000°C (1,832°F) and so the duct system that cools them requires constant airflow.

That's not a problem if they're in a car moving at an average of more than 150 mph, with clever aero contouring that funnels the moving air directly into their intakes. However, if all that lovely breeze happens to pick up a sandwich wrapper and jam it down the brake duct instead then like your vacuum cleaner when you encounter a scrap of tissue, the whole system chokes and temperatures reach critical. Although F1 cars' regenerative braking systems can draw some of the heat off the discs, once there's no airflow on one side you're looking at some sort of uneven hellcart. And Alonso's driven enough of those during his time in the sport that he'd definitely know that's not something even his skills can overcome.

Still, he's not mad. In a statement after the race, Alonso said he was just happy to be back: "Firstly, it was great to be back racing in Formula 1. The start was fun, we gained some places and I had some enjoyable battles with old colleagues. However, it was disappointing to not see the checkered flag in the end. The issue we had after the second stop was a rear brake issue as some debris entered the brake ducts and overheated the temperatures of the car."

Sandwich-related sabotage aside, though, Alonso seemed to agree with the majority of viewers that things look... genuinely promising for this season—even if that did involve him getting overtaken by a rookie in a Honda. "Looking at the race it was very close in the midfield, and just a couple of tenths seems to change the order quite significantly. I think it’s going to be a very interesting and competitive season to watch.”