Ebisu Circuit attracts drivers from around the world and is going to take quite a bit of effort to restore.

At 11:07 p.m. local time Saturday night in Japan, a 7.3 magnitude earthquake shook the seafloor just off the northeast coast of the country. The effects rippled all the way down to Tokyo, hours away. And in its path, one of the world’s best drifting tracks sustained significant damage at Ebisu Circuit. The earthquake triggered landslides around the region, collapsing highways and obscuring roadways. At Ebisu Circuit, photos of the destruction show giant swaths of the track broken and covered with dirt and mud, and the cleanup will be extensive.

In the mountains of northern Japan, Ebisu Circuit is a complex of seven tracks and two skid pads with a maze of elevation changes and sharp curves. Well-loved by drivers around the world, the Ebisu was designed by pioneer drift driver Nobushige Kumakubo. Three times a year, this spectacular venue opens its gates for a day and a half for Matsuri, a no-holds-barred event for anyone who wants to join the fun. Interestingly, Ebisu Circuit is combined with a Tōhoku Safari Park, where lions, tigers, monkeys, bears, and more are caged near the tracks.

Located nearly four hours from Tokyo, this track isn’t easy to get to, but it’s worth the effort. Drivers visit the circuits built into the side of a mountain in the city of Nihonmatsu in the Fukushima Prefecture for a variety of racing options with incredible views and challenging features. Circuits include Nishi (West), Kita (North), Higashi (East, which has the longest straightaway), Minami (South, where D1 Grand Prix racing takes place), Drift Land, the School Course, and the mountain pass (the Touge). The skid pads are called KuruKuru Land; kurukuru means "round and round" in Japanese, which describes the action perfectly. You can even take a "Drift Taxi" and ride along with two other friends in a tuned Toyota JZX110 Mark II; for 30,000 Yen plus an additional 500 for insurance, an experienced driver will take you on a sideways tour of the major circuits.

Drift Land took considerable damage from the quake, as you'll see in the video from Powervehicles.com below:

This is going to be a major cleanup job, and I'm hopeful for a full recovery soon.

Here’s what 36-hours of non-stop drifting looks like during Ebisu’s Autumn Matsuri. 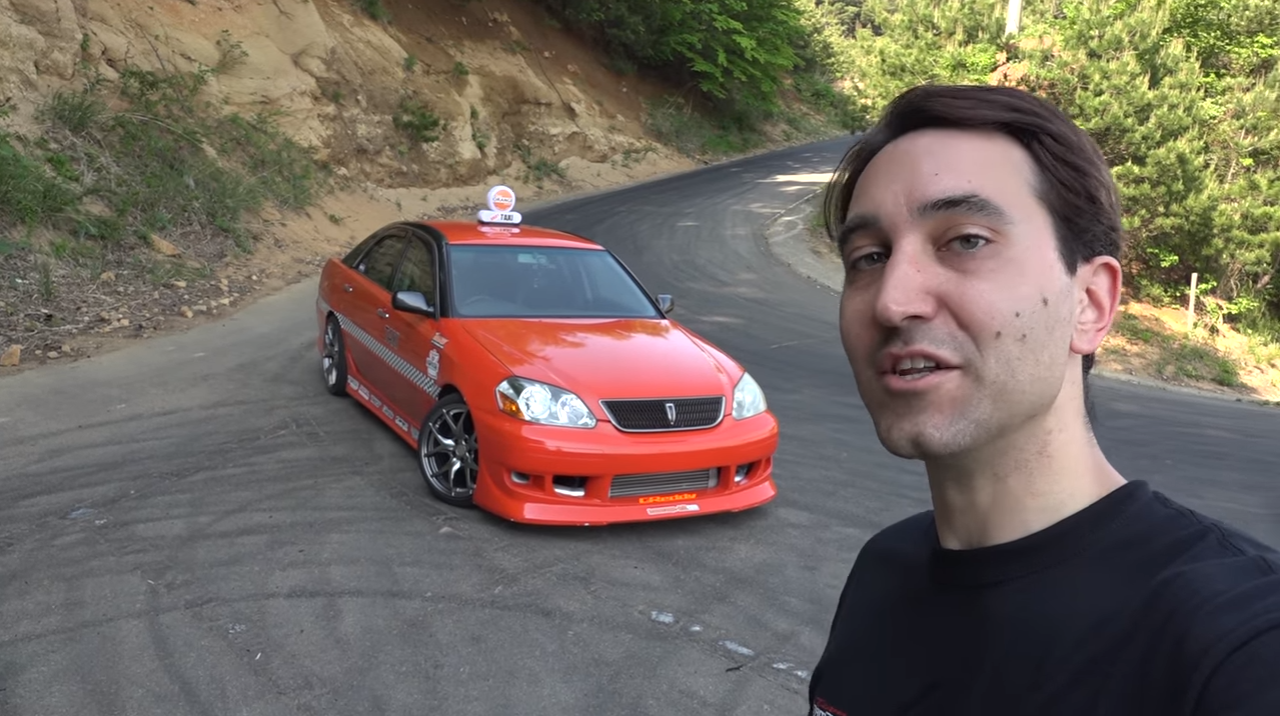