Smaller, lighter, cheaper, and for real: Solid-state LIDAR finally is ready for the market, say AMS and its massive Tier One partners. 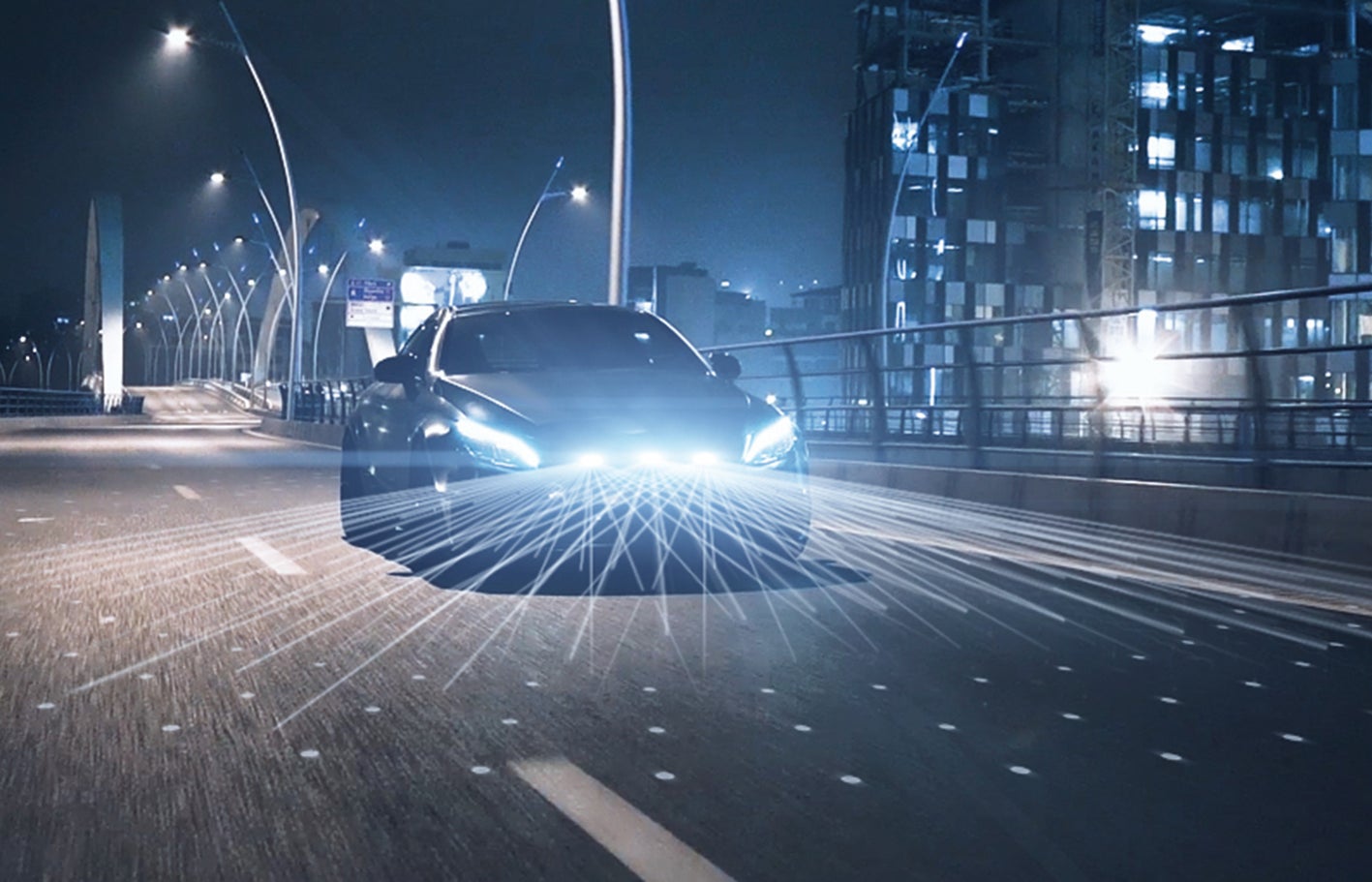 From the bucolic (population 6,068) town of Premstätten, Austria, comes news of a technology that could give progress towards full autonomous driving a big kick in the pants: Solid-state LIDAR.

LIDAR is widely regarded as a key enabler for autonomous driving. Only Tesla’s Elon Musk thinks he can do without the rotating laser beam. Let’s see what Musk will say when the laser beam will stop rotating, because this is what solid state LIDAR is all about.

As great as LIDAR may be to detect and map objects all around the car, it comes with a few shortcomings. For one, the beam rotates, driven by an electric motor. The many moving parts turn it into a maintenance nightmare. Google data sheets of spinning LIDARs, and you will have a hard time finding MTBF (mean time before failure) data. One does not want to think what happens to the whirling sensor once it is subjected to the harsh realities of an automobile.

The many moving parts make the sensor expensive. Velodyne’s lowest cost VLP-16 16-channel LIDAR was announced costing $4,000 when it was introduced last year. In an industry where tough negotiations about 25 cents are a common-day occurrence, a $4K price point will cause violent head-shakings among purchasing managers of just about any OEM.

Then, there is packaging. Designers and engineers at OEMs will tolerate the rotating coffee can type LIDAR scanner on the roof only under duress, and only for an experimental vehicle. For volume production, carmakers want to hide the scanner as much as possible in the sheet metal. This quickly turns into four LIDARs, one lurking at each corner, for a total sensor-price of a well-appointed Nissan Versa, or a stripper Ford Focus after dealer rebate.

Now we begin to fathom why Elon Musk condemns LIDAR. He simply can’t afford the spinning sensor suite, especially not since his recent calls for rigorous cost cuttings. Other OEMs face the same dilemma, but they usually don’t claim an imminent arrival of Level 5 autonomy, and they hope a more practical and more affordable LIDAR will be on hand if and when Level 5 autonomy becomes reality.

This is where bucolic Premstätten comes in. The town is home of AMS AG, a maker of sensors such as visible and IR sensor used for 3D facial recognition in the Apple iPhone X. AMS is coming out with automotive-grade VCSEL (Vertical Cavity Surface Emitting Laser) arrays, promising to revolutionize LIDAR just like the phased array dished-out the impending end of rotating radar dishes.

According to AMS, the company “is first to market with solid-state LiDAR illumination solutions.” You may have heard of the technology before, after all, it has been discussed for years. However, attempts usually did not make it out of the labs. Five years ago, Toyota showed impressive solid-state millimeter RADAR sensors, saying they won’t be out before 2020. If you ask Toyota these days how the things are doing, they just shrug their shoulders.

The solid-state LIDAR of AMS is no vaporware, indicated by the fact that the company just laid the groundwork for a big roll-out by partnering with German LIDAR-specialist Ibeo Automotive Systems, and with ZF Friedrichshafen, a German supplier powerhouse known among petrolheads for their 9-speed automatic transmission. Just like Bosch and Continental, ZF is pivoting away from ICE technology and into autonomous, and like Veoneer and Velodyne they are trying to bring automotive grade standards to lidar startups. Five years ago, ZF bought U.S. parts maker TRW Automotive. A broad marketing and production platform for the solid-state LIDAR appears to be guaranteed.

Compared to conventional LIDAR, AMS promises “better reliability while reducing complexity, size, weight, and cost,” and it hopes to “pave the way for massive LIDAR deployment in the automotive segment.” Asked for price and timeline, the company begged for indulgence. The Drive will stay on the story.