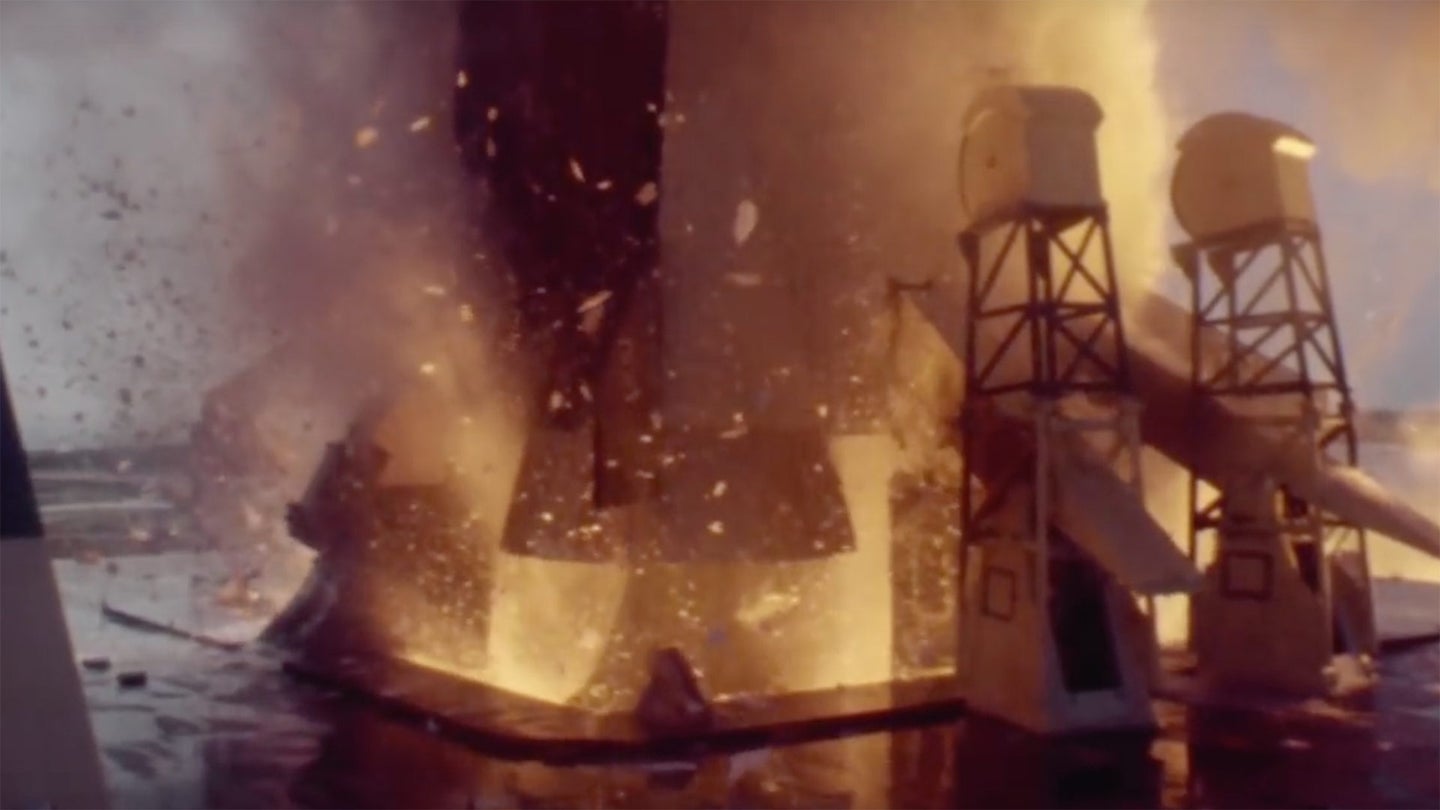 A lot of preparation and hundreds of people way smarter than me worked launched the Apollo 11 Saturn V. On July 16, 1969, the rocket launched into space and sent men a quarter-million miles to the moon.

But the first 100 feet of mobility was spectacular in itself.

Watching the liquid oxygen and kerosene mix and ignite as the thrusters began to go is breathtaking. Rather than guessing on what is going on at every moment, the video is drastically slowed down and beautifully narrated. Each moment is explained, and by the end of the eight minutes you feel as if you just got your engineering degree. As you watch the video however, it is imperative to continually remind yourself that it is slowed down approximately 16x as the video still looks full speed.

Towards the second half of the video, the launch pad turns into a fiery hell that scientists desperately try to cool down with an ocean of water, but for the first few minutes (seconds) the water is instantly turned to steam. If you have to time, we suggest you roll through this video once or twice.