Watch This Daring Race Track Worker Take a Corner Too Fast, Flip a Sweeper on Its Side

They didn’t have the equipment to challenge Takuma Sato’s IndyCar pole time at Barber Motorsports Park, but that didn’t stop them from trying. 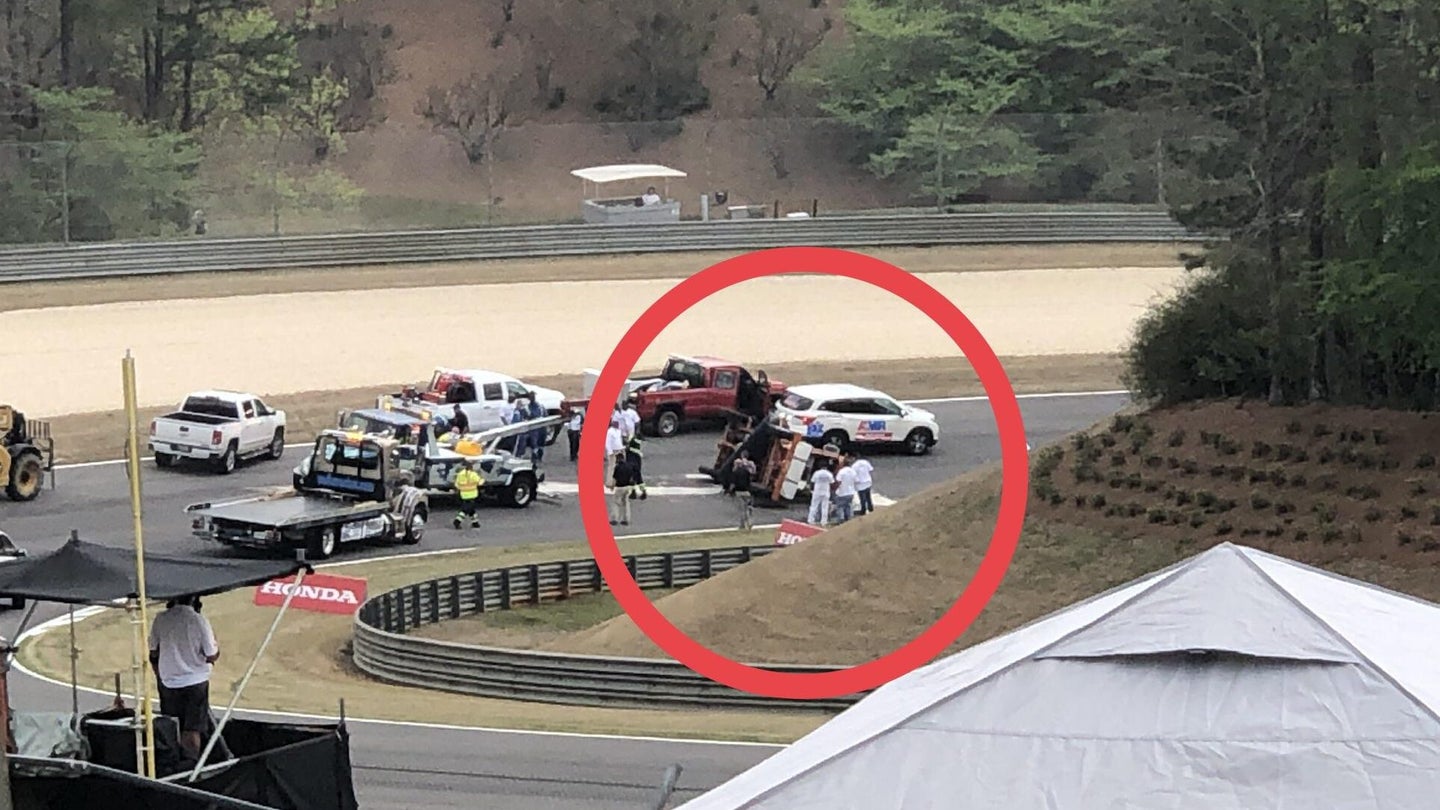 An employee of Barber Motorsports Park in Birmingham, Alabama was caught on camera pushing his street sweeper beyond the limit, causing the vehicle to flop onto its side mid-corner.

According to Reddit user AVCmb, the as-of-yet unidentified track worker was making a lap of the circuit between track sessions involving Formula 3 and Global Mazda MX-5 Cup racers. Both series are serving as support events for this weekend's IndyCar race, the Honda Indy Grand Prix of Alabama, the third of 17 this season. Another user claimed that during the lap, this track worker seemed to be trying to race another worker, also in a sweeper, but they got seriously unlucky and rolled their vehicle.

"There were two sweeper trucks, and it appeared like they were trying to race around the corner," said Reddit user FustangMastback. "This guy just took the wrong line and flopped over."

A short video of the incident was posted by NBC Sports IndyCar pundit Anders Krohn to Twitter. This clip seems to show the track worker taking a wide line of entry into the corner, but getting some oversteer that pulls the sweeper's rear end off the track. An attempt at correction either was not made or failed and over went the sweeper.

"It didn't look too bad until they drove off, cab was pushed over at an angle," commented Reddit user AVCmb.

Photos of the cleanup show that the sweeper was hauled away on a flatbed, and its driver presumably in the rapid medical response vehicle. There is no word as of yet regarding the driver's status, though we have reached out to both IndyCar and Barber for a statement on their condition. We will update when we receive comment.