Having won the Grand Prix of Long Beach two years in a row, Rossi knows how to pilot an Indy car around the 1.968-mile track. 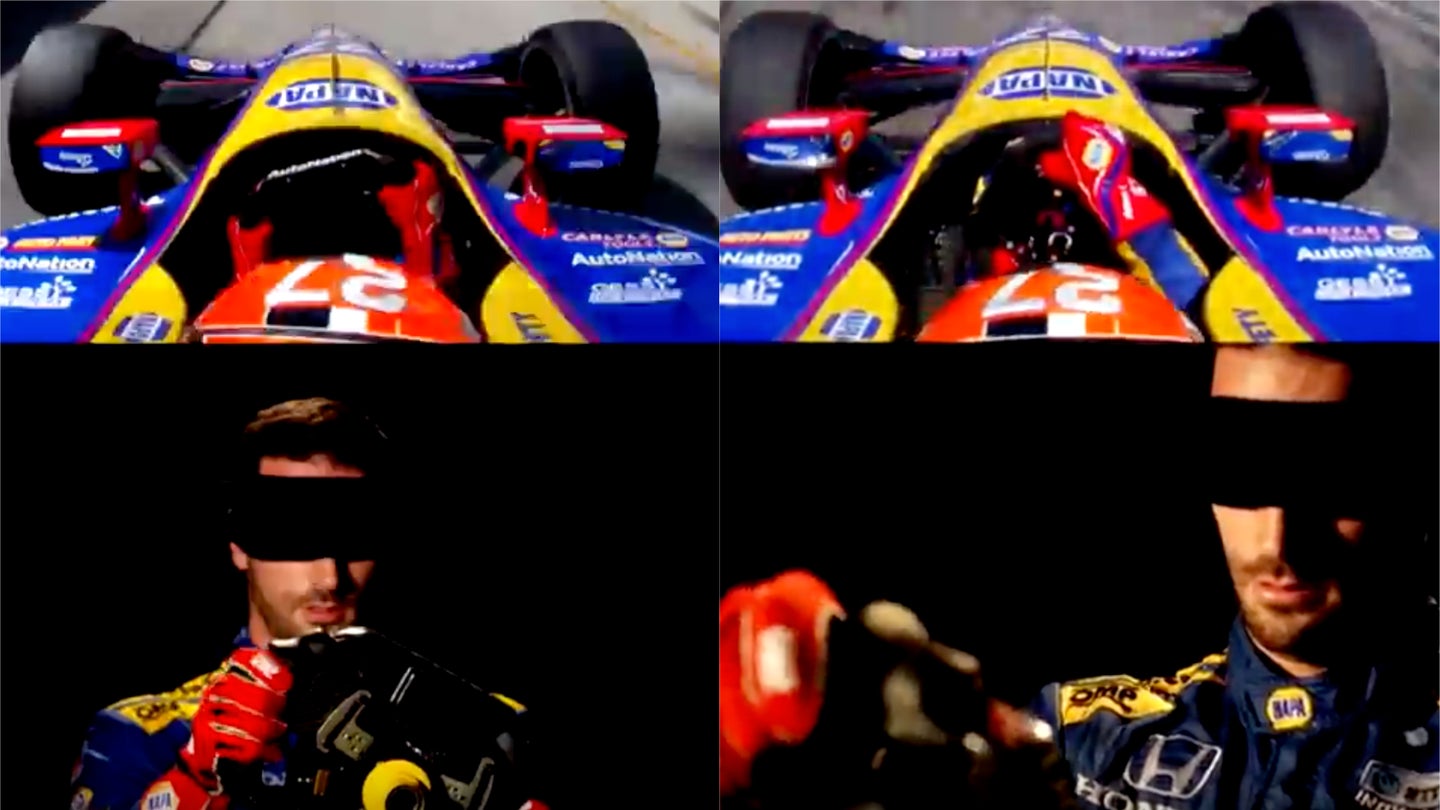 Alexander Rossi has driven his Andretti Autosport Honda to Victory Lane at IndyCar's Grand Prix of Long Beach two years running, and after seeing this video, it's no wonder why. Rather than simply reciting the steps to a successful run 'round the sun-soaked track, last year's IndyCar championship runner-up put on a blindfold and picked up a steering wheel to complete a lap from memory—no cheats here.

In addition to masterful racecraft and spot-on strategy courtesy of his team, the native Californian has such a strong feel for the street circuit that he never seems to place a wheel in the wrong spot. Rossi is able to precisely navigate the track's 11 turns that are spaced out over 1.968 miles, and even while blindfolded, his time is within six-tenths of a second when compared to his 2019 pole position-winning lap.

Rossi reveals in the clip that while racing in Europe, he was having issues with qualifying that led him to see a specialist so he could improve over the course of one lap.

"I was making tiny little mistakes," Rossi said. "I actually went to a sports psychologist who talked to me A) about compartmentalizing all the information you have, and B) visualization."

This certainly worked as the No. 27 NAPA Auto Parts Honda driver has amassed five pole positions during his IndyCar career so far. That number nicely compliments his six total victories, which notably includes a triumphant win at the 2016 Indianapolis 500.

During the month of May, Rossi will be testing at Indianapolis Motor Speedway alongside the rest of his compatriots as he prepares for the 103rd running of the Indy 500. The IndyCar series' next race will be held on IMS's road course on May 11 with the Memorial Day Weekend oval classic taking place on May 26.