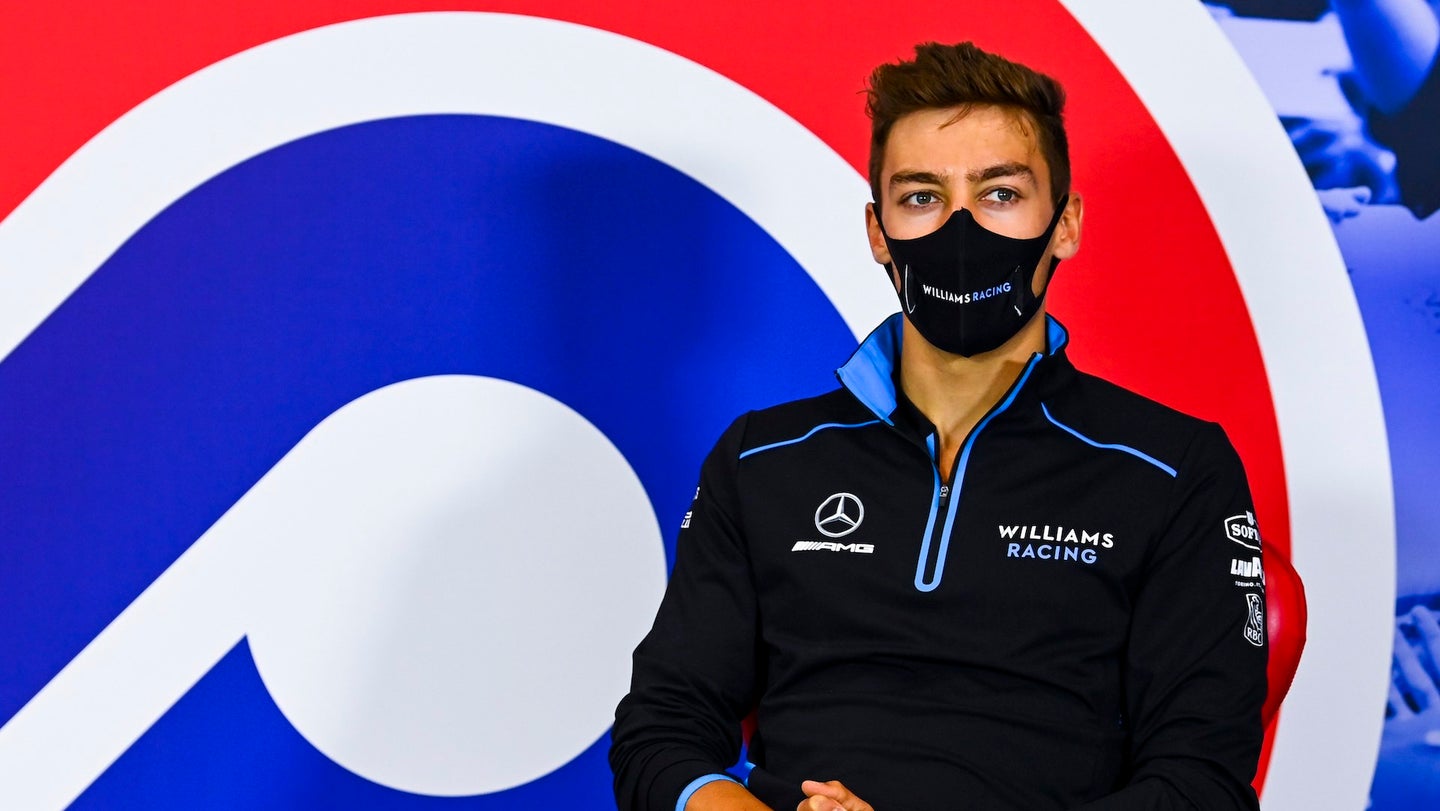 As suggested by Toto Wolff yesterday, it's going to be British Williams driver George Russell who gets to drive Lewis Hamilton's Mercedes-AMG at this weekend’s Sakhir Grand Prix in Bahrain.

Following that announcement, the Williams team confirmed that Russell's car will be driven by Jack Aitken instead, who signed as the team's reserve driver for 2020.

Hamilton has gone into self-isolation following a positive COVID-19 test, which forces him to miss this weekend's race, something he hasn't done since his F1 career began in 2007.

The 22-year-old Williams driver is well aware that he’s getting the most exciting opportunity of the 2020 season.

"Firstly, I want to say a huge thank you to everybody at Williams for giving me this opportunity,” said Russell on a team press release. “I might be wearing a different race suit this weekend, but I’m a Williams driver and I’ll be cheering my team on every step of the way.”

“I see this as a great chance to learn from the best outfit on the grid right now and to come back as an improved driver, with even more energy and experience to help push Williams further up the grid. A big thank you also to Mercedes for putting their faith in me. Obviously, nobody can replace Lewis, but I'll give my all for the team in his absence from the moment I step in the car. Most importantly, I wish him a speedy recovery. I’m really looking forward to the opportunity and can’t wait to get out on track this week,” he added.

Meanwhile, Haas F1 has confirmed that the son of a Russian billionaire Nikita Mazepin will be joined by the son of seven-time Formula 1 world champion Michael Schumacher, Mick Schumacher for the 2021 season, and beyond.

This has been a long time coming. Mick Schumacher was the Formula 3 champion of 2017, only to join the Ferrari Driver Academy in 2019 and work hard to become the Formula 2 champion this year. Now, he is making his move into F1 with Haas, the other smaller Ferrari-powered team next to Alfa Romeo Racing.

With both Romain Grosjean and Kevin Magnussen out of the Haas F1 team after the season final in Abu Dhabi, we are happy to report that Grosjean is now also out of the hospital, hoping he can re-join the racing at the Yas Marina Circuit on the 13th of December.

For now, the French driver remains in Bahrain, just like the rest of the Formula 1 family for the upcoming Sakhir Grand Prix, where it's going to be Valtteri Bottas versus George Russell at Mercedes-AMG Petronas Motorsport.