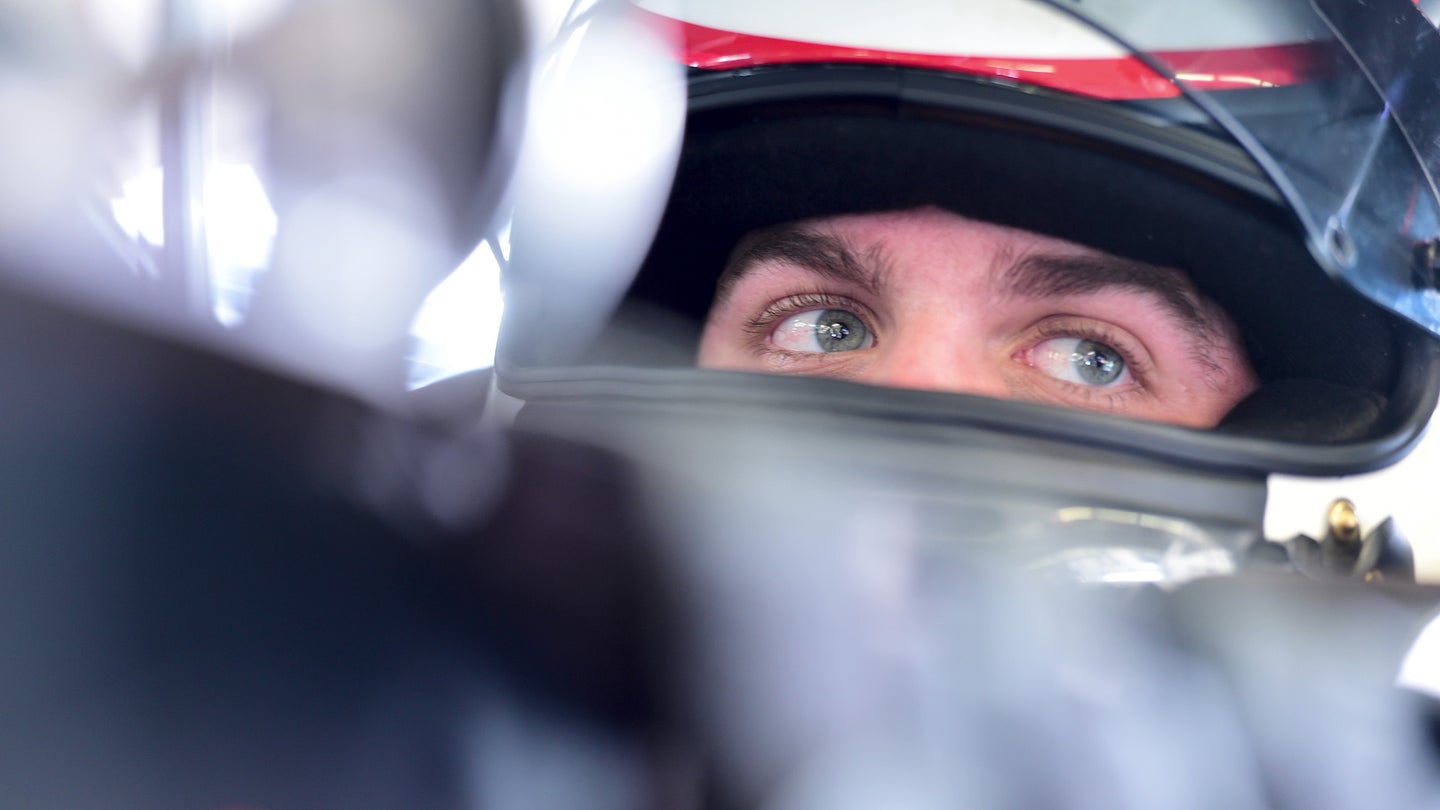 NASCAR driver Noah Gragson won the Snowball Derby super late model race in Pensacola, Florida on Dec. 2. But his victory celebration went against what supporters of the #MeToo movement believe in, so much so that members of the initiative have taken to social media, heavily criticizing the young Gragson.

Race-winning drivers kissing the trophy girl is nothing new in motorsport, but these days, the move is frowned upon, especially when the kiss is unexpected and unwanted by the trophy girl.

Gragson predicted his win prior to the race, but instead of simply saying he was going to end up in first, he mentioned he’d be kissing the trophy girl in victory lane after the checkered flag—a promise which he followed up on, much to the chagrin of many onlookers.

Helena Ciappina was named the 2018 Snowball Derby trophy girl in November after winning a pageant. Apparently, she was unaware of Gragson’s victory celebration plans and, when he first moved in for a kiss, Ciappina turned away. After a brief conversation between the driver and trophy queen, Gragson was granted his kiss on the lips.

Fellow NASCAR driver Corey LaJoie referred to Ciappina’s denial as the “swerve of the century.”

Some fans voicing their opinions on social media considered Gragson’s move okay, supporting their stance by pointing out the tradition, mostly from a bygone era, of the victory lane kiss. Others, though, weren’t on board.

All appeared to be good between Gragson and Ciapinna days later. According to Gragson's Instagram, she was his date for the NASCAR Xfinity and Camping World Truck Series Awards Banquet in Charlotte, North Carolina, on Dec. 8.