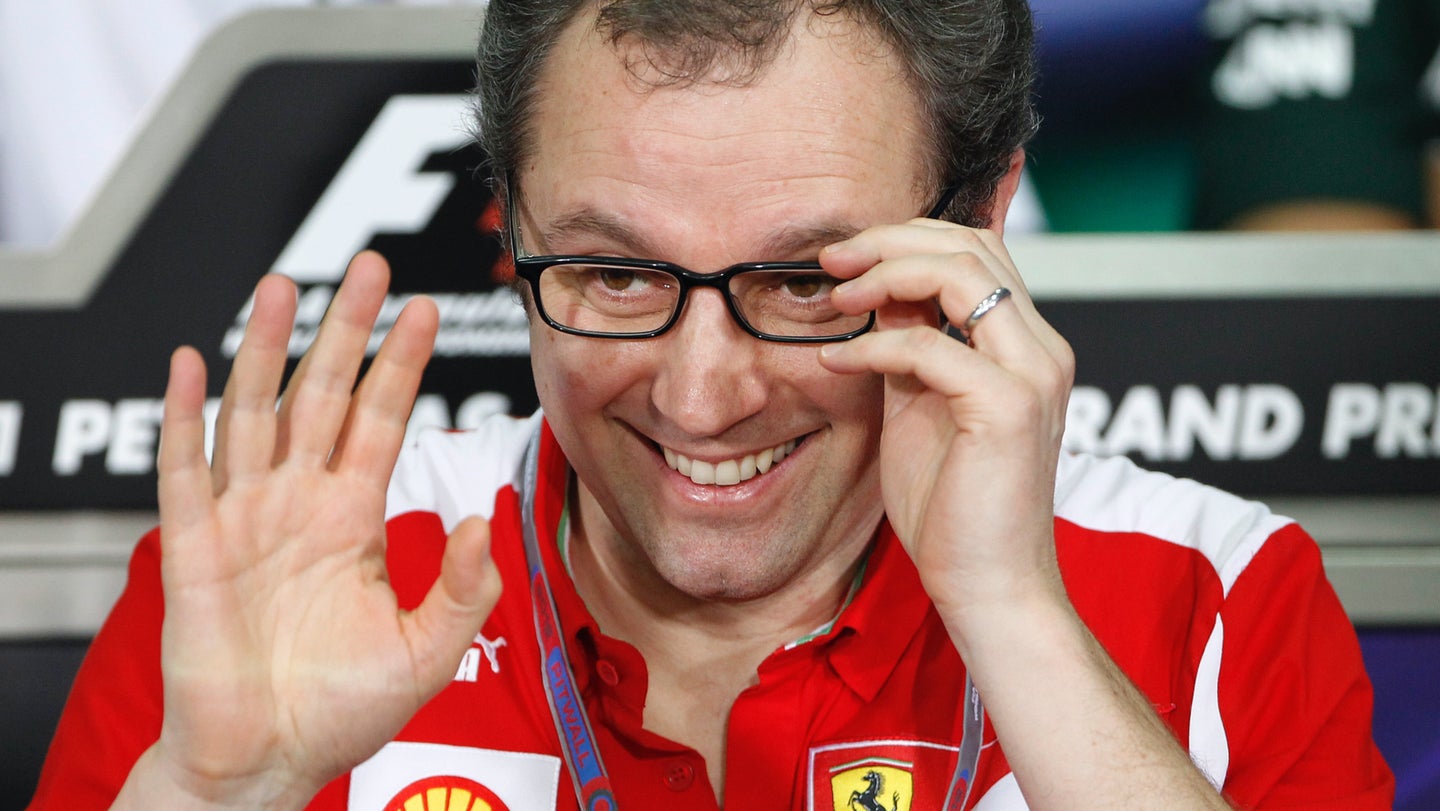 Formula 1 owner Liberty Media announced today that Stefano Domenicali will become F1's new president and CEO in January 2021. Domenicali currently serves as Lamborghini's CEO, but he should be a familiar face to many F1 fans, as he served as the team principal of the Ferrari F1 team from 2008 to 2014.

Domenicali, an Imola native who grew up as a fan of Italy's home F1 team, started working at Ferrari in 1991, eventually working his way up the Prancing Horse's F1 team principal and leading said team to a constructors' championship in 2008, notes the Hollywood Reporter. He stepped down as team boss at Ferrari after a brutal win-less 2014 season, moving to Audi as their Vice President of New Business Ventures, which sparked a billion Audi-to-F1 rumors that ultimately never came to pass. In 2016, he replaced current Bugatti head Stephan Winkelmann as Lamborghini's CEO, where he oversaw the extremely successful introduction of the Urus SUV.

So, is it time to don the tin-foil hats yet? Is Domenicali getting this nod because Ferrari isn't doing well enough? He may have been Lambo's CEO since 2016, but you know. The FIA earned a reputation as "Ferrari International Assistance" in the past due to a number of decisions, extra funding and other conditions in Ferrari's favor over the years, including an infamous single-team veto for changes to F1's technical regulations.

Just hold on, conspirabros. Domenicali never really left the sport and we all know the frustrating slump Ferrari's been in recently. Domenicali has served on on the FIA's Single-Seater Commission that governs all things formula racing since 2015, which includes F1. Recently, the Single-Seater Commission announced that they were reworking the requirements for an F1 Superlicense in light of the effects COVID-19 had on the racing world, Eurosport notes. The connections are there, and I'd love him to surprise us by dealing out some tough love to F1's oldest team, but if anything, this is a promotion from within the FIA.

Current F1 CEO and Chairman Chase Carey will move to the role of non-executive Chairman when Domenicali takes over. No word was given as to whether Domenicali will grow even half as sweet a 'stache as Carey's in January, however.

Lamborghini has yet to name a new CEO or interim CEO at the time of this writing. The Formula One gig seems a bit more stable from the outside looking in, though, as Bloomberg notes that the Volkswagen Group has been pondering a sale or stock listing of Lamborghini since last year. Rumors of the Volkswagen Group trimming down its brands have only intensified recently with reports that electric supercar company Rimac could be buying Bugatti from VW.

Really. He said that.

Word in Italy is that Stephan Winkelmann is out, and Stefano Domenicali is in.