The folks at BMW M show you why a BMW M3 is too powerful for a Christmas Tree. 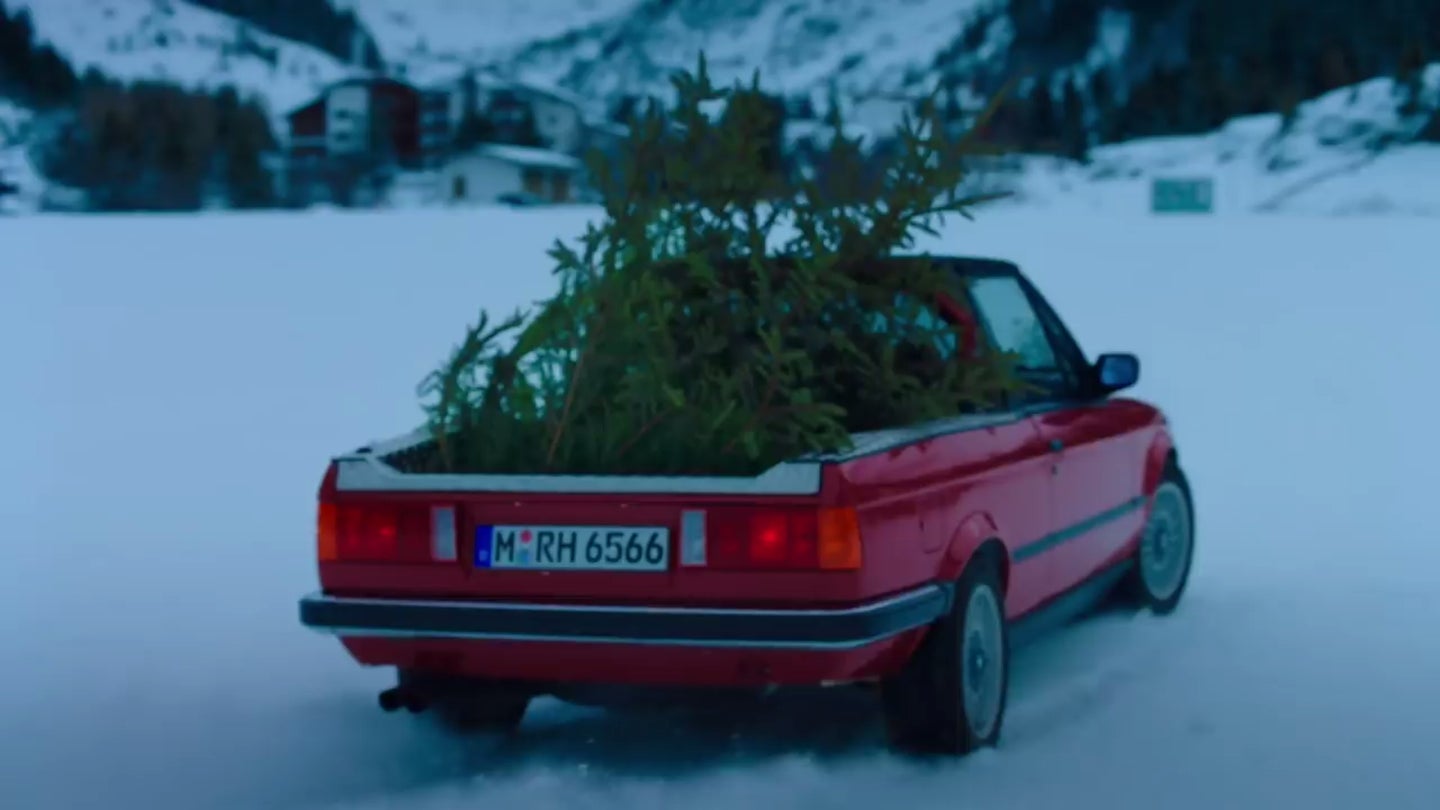 Recently BMW M released a nice new Christmas video on its YouTube channel. The video features a gentleman spiritedly driving a BMW E30 M3 pickup truck with a Christmas tree in the back. Though the M3 may have been a little too much for the Christmas tree.

The video features a mother and daughter awaiting the arrival of dad as he drives the M3 pickup truck through the snow. He arrives overly confident until the mother and daughter notice there are no pine needles left on the tree. The video is basically a Merry Christmas video from the folks at BMW M.

Why mention fuel mileage in a video clip where neither car appears while the car that does appear drives in a way with no care for fuel mileage is beyond me. I think we can look beyond it and agree that Christmas trees need more M Power.

No word on whether Clark Griswold was driving.

Putting their rigs to good use!