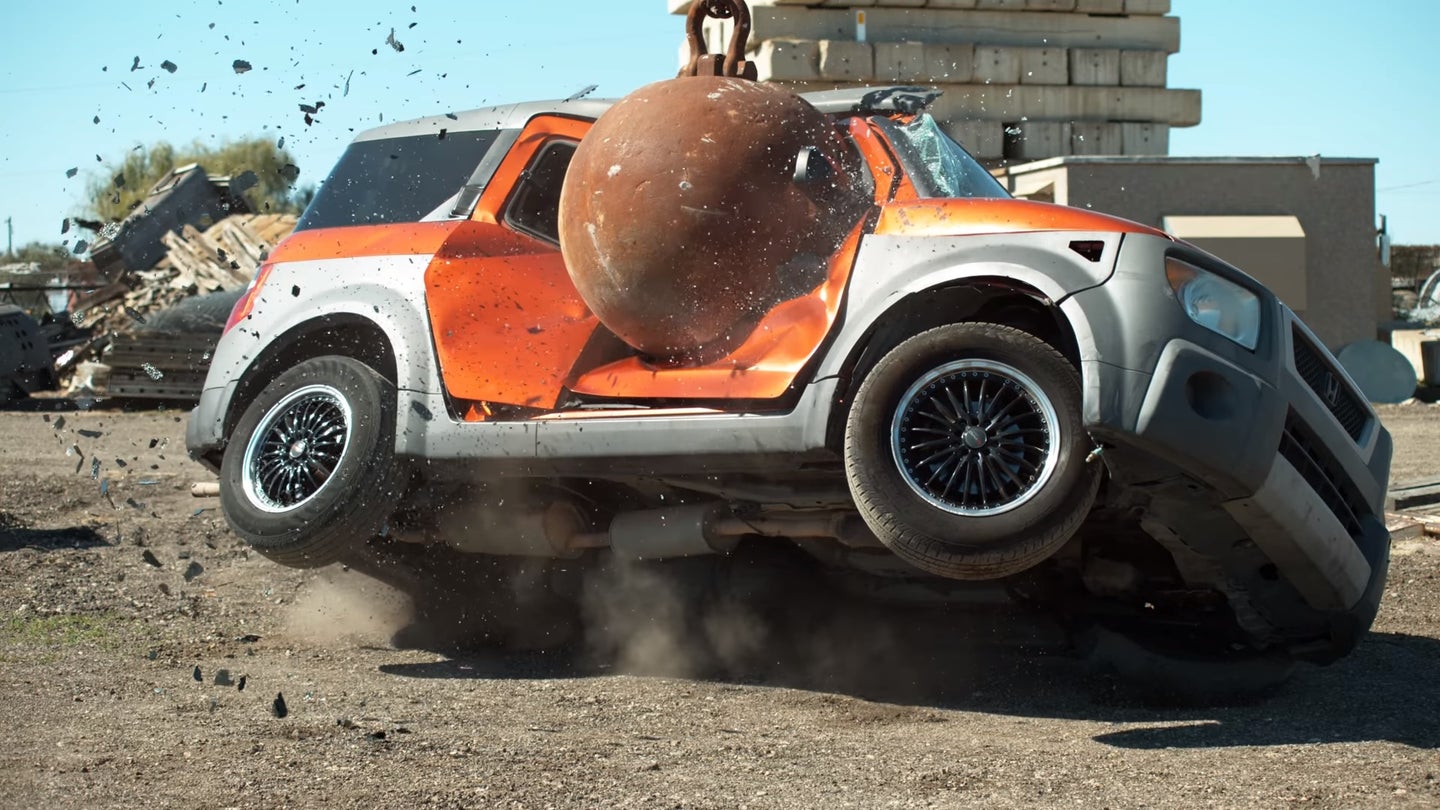 To help promote the new season of The Grand Tour, Amazon teamed up with The Slow Mo Guys on YouTube and their Phantom Flex 4K camera to smash some cars. Why? Because there are few cooler sights than watching metal crumple and deform in extreme slow-motion.

The crew gathered up their motley assortment of victims—a Buick LeSabre, a Honda Element, a BMW E46 convertible, and a Ford E-Series-based RV—at an industrial area somewhere in Texas and got to smashing. You'll have to wait (or skip) through a fair amount of setup to get to each of the slow-motion money shots, but they're worth it, and even the full-speed shots have their own special violence to them.

The Buick, the Honda, and eventually the RV endure full-on blows directly to the side, flipping the two taller vehicles and crushing the Buick like a beer can. Meanwhile, the guys decide to drop the wrecking ball straight down on the front of the BMW; the first blow smashes the firewall and dash, so they line it up for a second round that pancakes the front end entirely.

If anyone from the IIHS is reading this, we at The Drive would like to make an official recommendation that a wrecking ball test be incorporated into all car safety certification going forward, with the slow-motion results documented and posted online for everyone to see. You know, for science.

What, that’s not how you celebrate the Fourth of July?