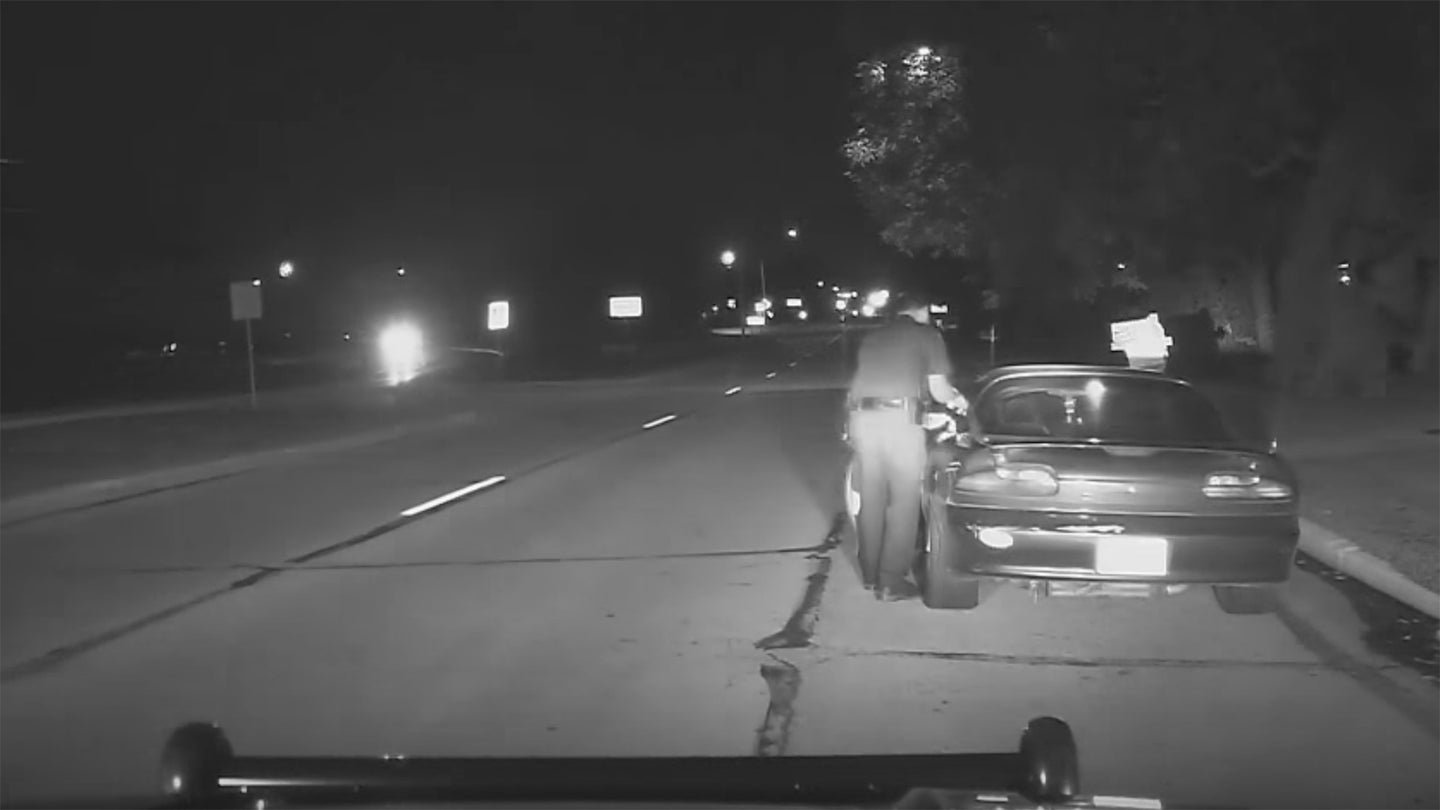 Vehicle pursuits can happen at any time, with any vehicle. Normally when you hear about a Chevy Camaro pursuit you expect some honking 400 plus horsepower monster pulling away from your standard patrol car. However, that isn't always the case, especially when you opt for the 4th generation V6 Camaro. Not even breaking 200 horsepower, the 4th generation V6 Camaro isn't exactly a speed demon.

Regardless of how much horsepower a getaway car is making, thedesperation and lack of regard for public safety exhibited by the driver can make any car fast. In the video below, you see parole Ronnie Farrow being pulled over by a Brown Deer police officer. After conducting the first portion of the traffic stop, the officer begins to walk back to his patrol car. Suddenly Farrow takes off at a high rate of speed and continues to gain speed for the majority of the pursuit. While the officer brakes at appropriate points to ensure public safety, Farrow pushes his old Camaro to the limit as he barrels down North Teutonia Ave. Eventually Farrow's luck runs out and he t-bones a vehicle at the intersection of North Teutonia Ave and West Good Hope Road. Amazingly no one was killed in the crash and Farrow further exhibited his lack of care for the public when he fled the scene.

Unfortunately Ronnie Farrow was able to evade police Tuesday evening and is currently being sought out by the BDPD. If anyone has any information, please reach out to Brown Deer Police Department.