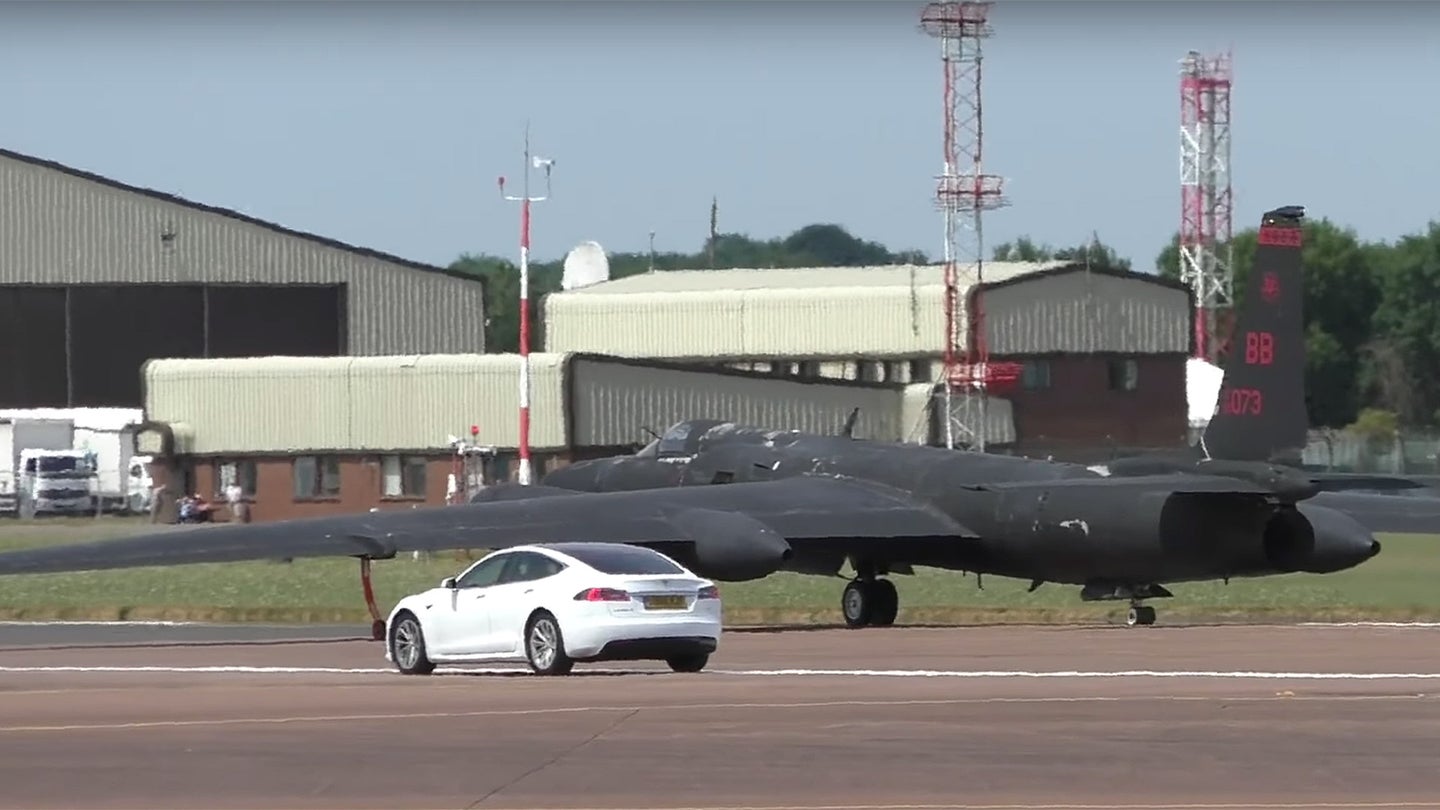 While planes may be graceful creatures once they're airborne, some aircraft need a little help from road-going vehicular friends to move around when they're puttering around down on Earth. The Airbus A380 superjumbo, for example, needs a companion car to navigate the tight taxiways of Los Angeles International Airport, while the SR-71 occasionally needed a truck to lead it down the tarmac before takeoff, as seen in this U.S. Air Force picture.

But perhaps the most famous of all planes to require a car buddy on the ground is the Lockheed Martin U-2, the 1950s-era spy plane still operating today. The aircraft's poor sight lines and awkward proportions leave its pilot struggling to navigate when on terra firma, so to compensate, the Air Force began pairing the plane with a watcher in a car to help the pilot crab its way across the runways. And since said car would need to be able to keep pace with the U-2 until it went airborne, the Air Force was forced to pick up fast cars strictly for the purpose of driving alongside the plane nicknamed "Dragon Lady" in homage to its CIA development code name.

For most of the last few decades, the Air Force has tended to opt for inexpensive, domestic speed machines—in other words, muscle cars. In the 1980s and '90s, it was Ford Mustangs and Chevrolet Camaros; by the 2000s, it was Pontiac G8s and GTOs. Come 2017—perhaps the pinnacle of the second golden age of American muscle—you might expect the government to opt for a Camaro ZL1 or a Dodge Challenger Hellcat...

...but as it turns out, our guys and gals in uniform would seemingly rather use a Tesla Model S.

At least, that's what the Air Force used recently to accompany a U-2 during takeoff at Great Britain's RAF Fairford airfield. Part of this could be due to the comparative lack of U.S-made muscle cars in the U.K.; after all, this is a country that Chevy shipped a mere 18 Camaros to last year. But maybe it's also a sign that the Air Force wants to do its part to help combat climate change as well as ISIS.

Besides, can you think of a better excuse to drop a Tesla Model S into Ludicrous Mode than drag racing an Air Force jet...for work?