Chevrolet Is Sending Just 18 Camaros to Great Britain This Year

One for every 3.5 million Britons. 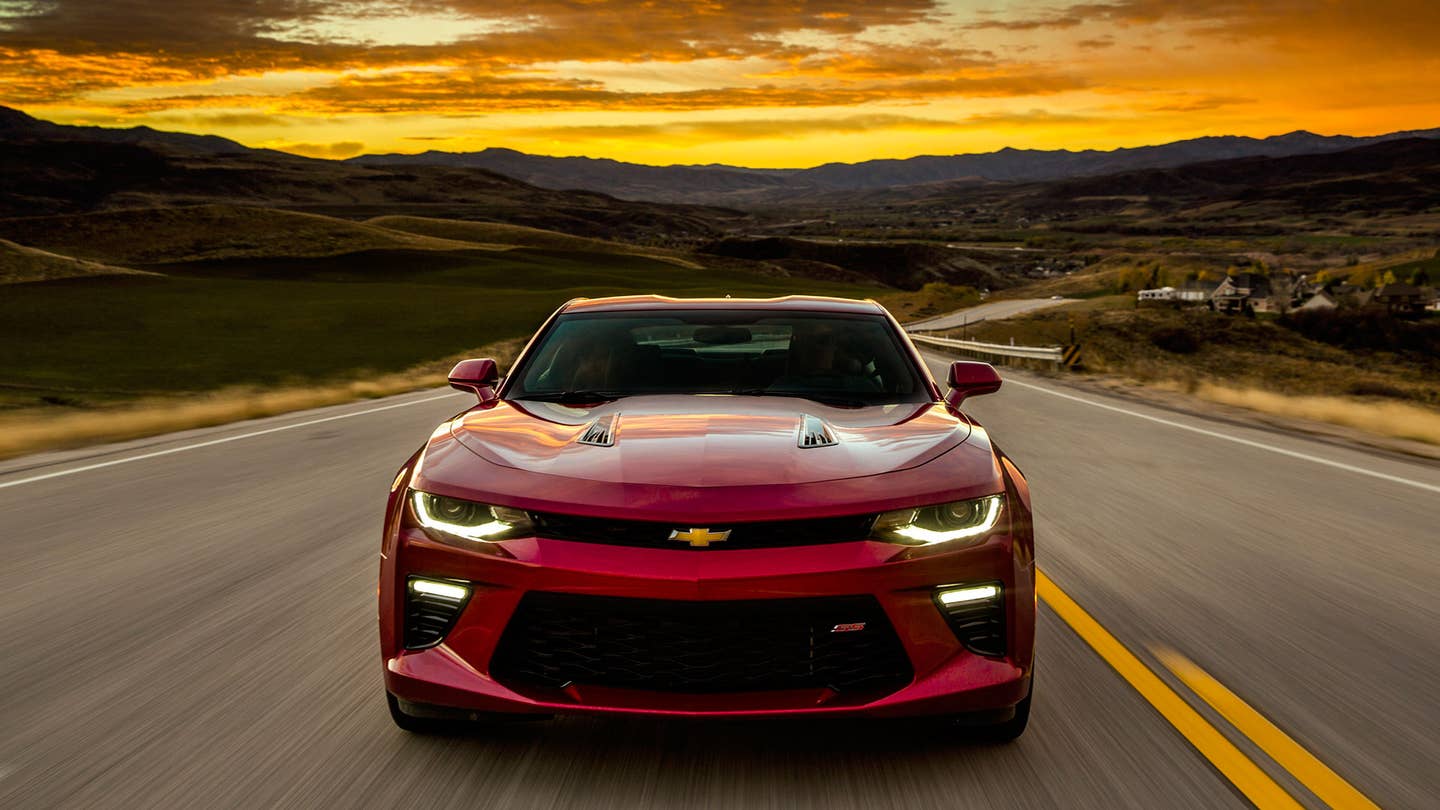 If you happen to be one of The Drive's readers located in the United Kingdom—and we know there are a couple of you out there—well, we've got some good news and some bad news for you. Good news is, the Chevy Camaro has officially gone on sale in the U.K. Bad news is, Chevrolet will only sell 18 Camaros in Great Britain this year.

If you had your heart set on tooling around London in a droptop Camaro on that one sunny day every year, well, there's more bad news: Only three of those 18 Camaros will be convertibles. British Camaro buyers will be a good bit more limited when it comes to powertrain choices, too; the shockingly-good 335-horsepower V6 engine won't be making its way across the pond, so Brits will be forced to choose between the 2.0-liter turbocharged inline-four making 275 horsepower and the 6.2-liter V8 cranking out 455 ponies. Considering the sixth-generation Camaro will be a Lamborghini Reventon-level rarity over there, choosing anything less than the all-American eight-cylinder is missing the point.

Furthering the case against the turbo-four for you cheeky Englishfolk: the four-cylinder 'Maro reportely only comes equipped with the eight-speed automatic over there. Eight-cylinder Camaros, in contrast, score the same choice of six-speed manual and eight-speed slushbox everyone in 'Muricah gets, furthering the case for the small block. Who cares if gas—sorry, petrol—costs $5.50 a gallon? If you wanted practical, you'd have bought one of those superminis Europe does so well.

And as Road & Track pointed out, all 18 of these Camaros will be served with the steering wheel in the traditional port-side location—unlike the Ford Mustang, which can now be bought with its tiller on the right in England. General Motors isn't going to cut you a break for having to drive like a postman, either; every Camaro costs a couple thousand more quid than the equivalent EcoBoost- or Coyote-powered Ford. The four-cylinder coupe starts at £31,755 (around $41,000), while the ragtop costs a minimum of £35,755 (roughly $46,000); step up to the V8, and you're looking at spending at least £38,245 (approximately $50,000) for the hardtop and £41,020 (about $53,500) for the convertible.

So, dear British reader, if you're willing to put up with all of those inconveniences, then fight your way down to Surrey and head over to Ian Allen Motors. Turns out that's the only place in the U.K. you can buy one of these 'new 'Maros. Should you live in Scotland—well, looks like trekking to the bottom of England is just yet another problem to conquer in exchange for being one of a dozen-and-a-half people driving a 2016 Camaro in the whole country.