Quite possibly the worst life hack ever. 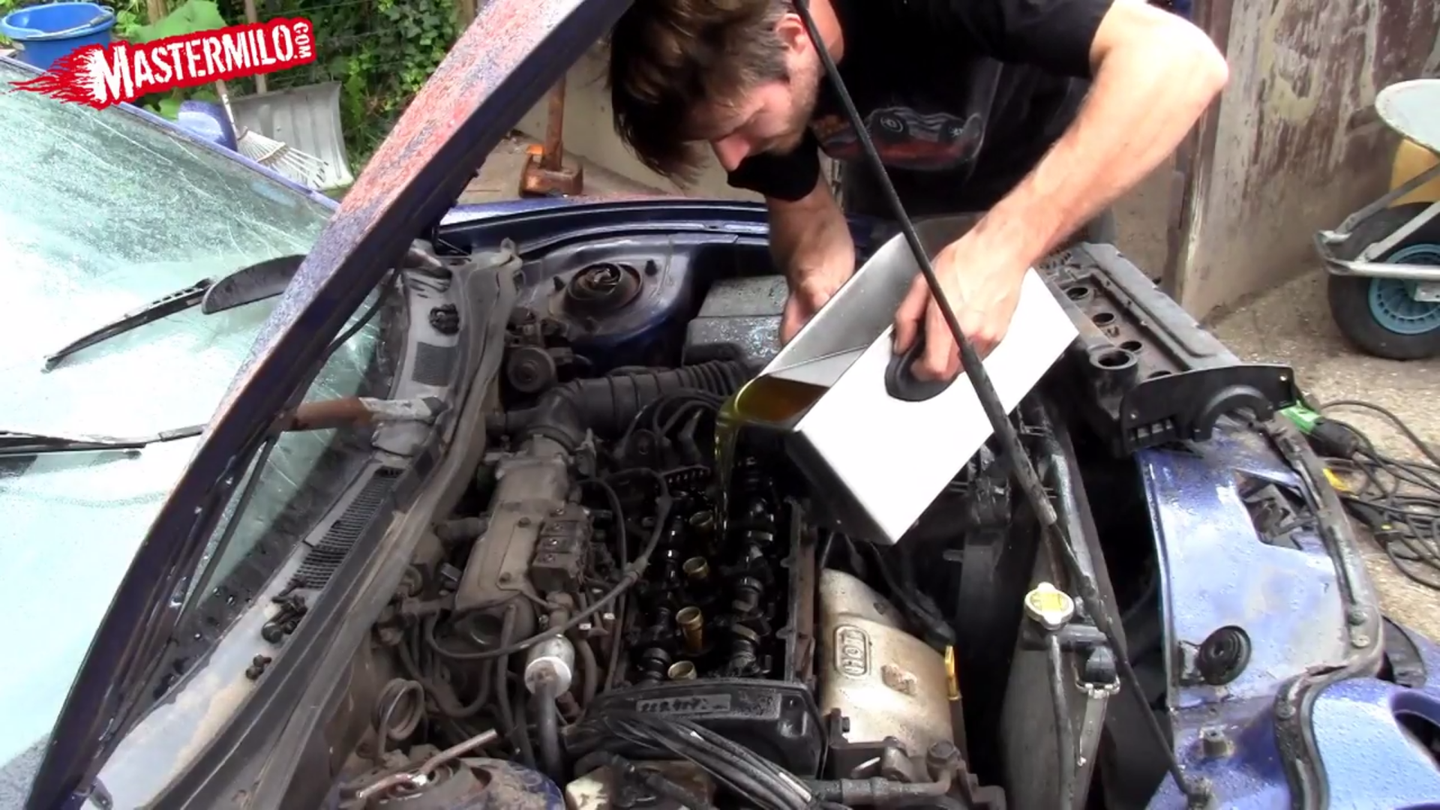 When we last left expert destroyer-of-things Mastermilo82 and his trusty old Hyundai Tiberon, the damn thing just refused to die despite taking an off-road beating that would shame most of the so-called SUVs made these days. In his latest video, the crazy Dutchman uses the little coupe to answer an age old question - what happens if you, in a pinch, fill your engine with regular cooking oil instead of Mobil 1?

Now, even if you've never had a reason to ask that question (and really, you shouldn't), you're probably just a little curious about the answer now. To prepare for this extremely scientific experiment, Mastermilo82 had to perform some minor surgery on the Tiburon, welding up a busted oil pan and cleaning out the valve cover to inspect for existing internal damage.

Once everything is ready, he fills up the pokey 1.6-liter engine with used cooking oil literally straight out of a deep fryer. On a brief test fire, it actually doesn't sound half bad for an engine that's been to hell and back. But when everything is finally buttoned back up and the oil has had a chance to work its way through the motor, it emits some weird, kind of horrifying gulping sounds as Mastermilo82 tries to get it going for real. Only one cylinder is firing, and it's clearly not happy doing so.

A little later on, things are briefly looking up after a bump start gets the Tiburon moving under its own power. But just when you think used cooking oil might just actually work, bingo: catastrophic failure.

This is a good reason to make the switch if you haven’t already.