Nine more clones of Steve McQueen’s beloved 1957 classic are on the way. 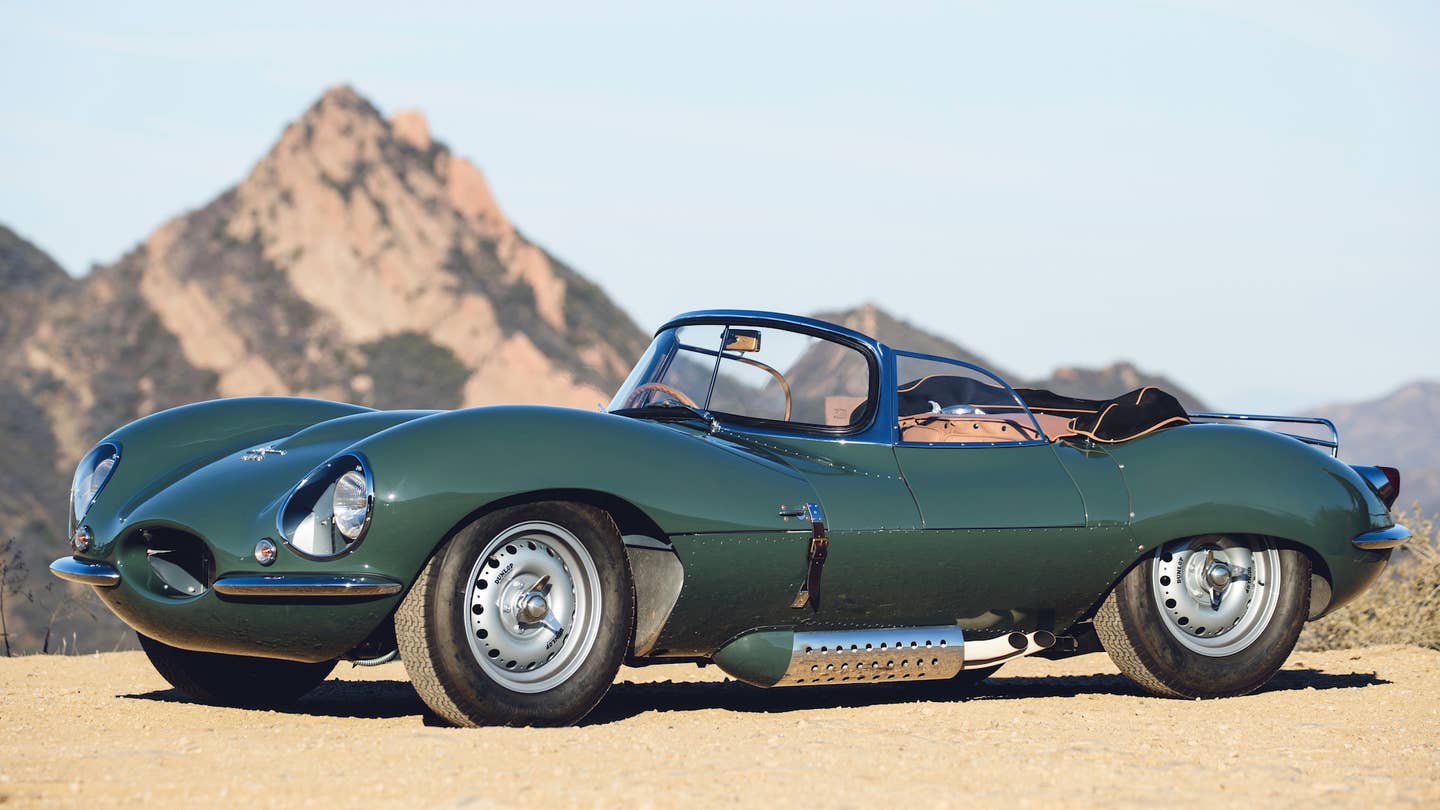 Driving a classic car can be an enchanting experience- until the carbs clog and you're left with a two-ton brick on the side of a busy interstate. Some would argue that's part of the magic of driving 50-year-old car, but for others, it's just a pain. Jaguar is building nine new XKSS built to original 1957-spec, and if the owners are lucky, they won't have to do all the woes that would otherwise come from an original car from that era.

In total, 10 new XKSS models are being built. One of the those- the show car on display at the Los Angeles Auto Show- has already been built and is being used as a "blueprint" for the nine cars that are on their way. Each of those nine cars have already been sold for more than $1.2 million (converted from £ 1million) each. The new cars will have their own period-correct chassis numbers that follow those in the original XKSS chassis book.

Those cars will be powered by the 262-horsepower 3.4-liter inline-six motor that was used in the Jaguar D-Type- the car the XKSS was based off of- but now with some new internals and new Weber carbs. Underneath the car there are four disc brakes and Dunlop tires.The XKSS' body will be constructed using magnesium alloy and there's a modernized fuel cell.

Jaguar said each car will require around 10,000 hours of human work. Builds will begin in early 2017.

As The Drive reported in March, the new cars are being built in remembrance of the nine cars Jaguar lost in a fire in at its Browns Lane factory in 1957. That fire meant that only 16 XKSS from original production survived.

Drive Wire: Jaguar Sells Out Of The XKSS