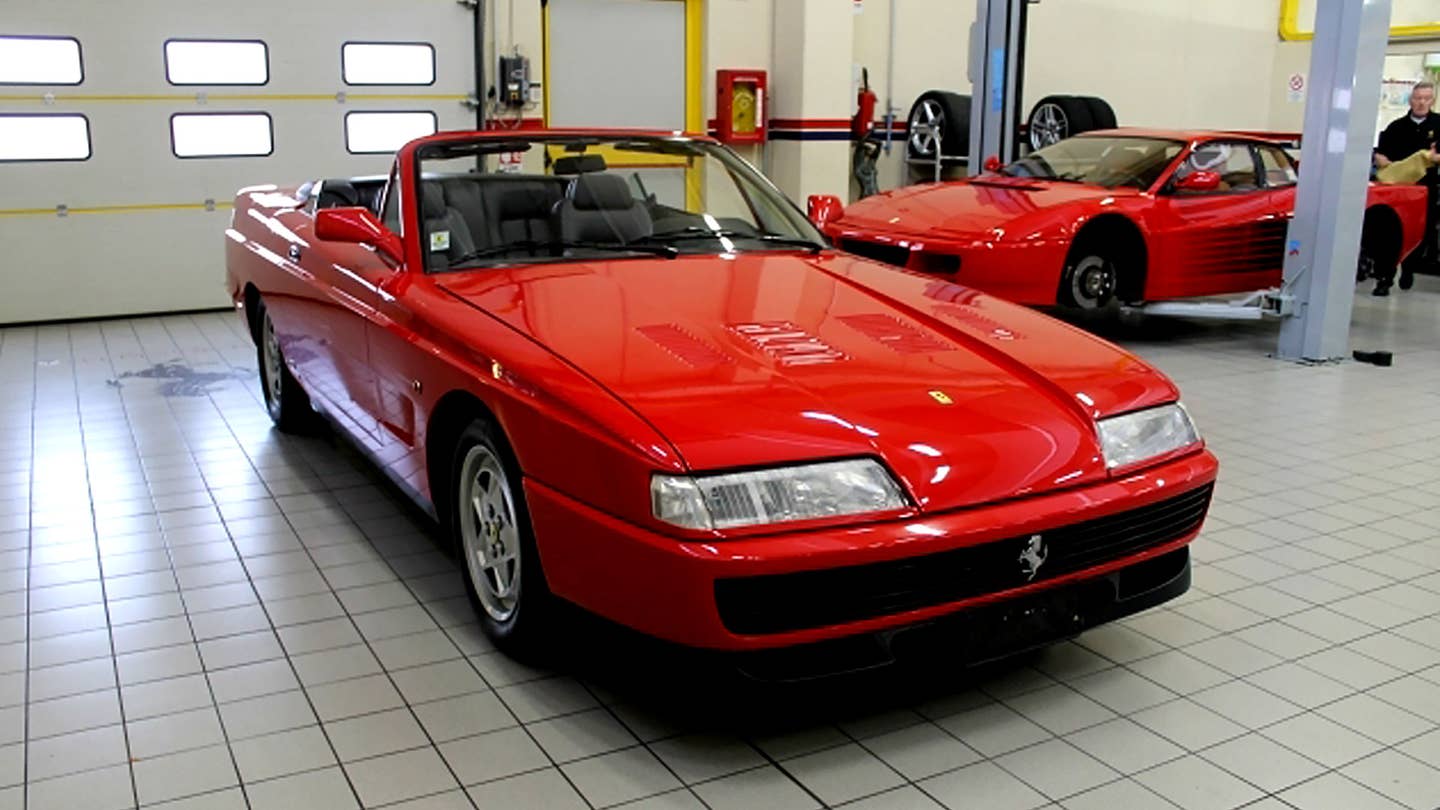 Some categories are filled exclusively with beauty, and nearly define the term. "Swedish supermodels" or "fresh figs" or "Ferrari convertibles"—genres so bursting with aesthetic bounty you know each is a major player in Heaven. At least, that's what we thought until we came across this horrendous, customized Ferrari 412 convertible. It's the black sheep that's brought down the family. No longer is referring to something as "a veritable Ferrari convertible" necessarily a compliment.

The monster's full name is the Ferrari 412 Pavesi Ventorosso, though we'd caution against saying it aloud, should you summon the thing. A stock Ferrari 412—an evolution of the 400i GT—isn't among the prettiest Ferraris, but its shape was sharp and clean, the better half of Eighties wedginess. However, Pavesi Ventorosso was unsatisfied with understatement, and endeavored to add flash. That came in the form of headlights grabbed from a Citroen XM, and faux-Testarosso black plastic cladding tacked above the classic Ferrari quad taillights. As you might expect with such evidence, Pavesi Ventorosso is neither the most illustrious nor skillful of the Italian coachbuilders.

Still, in the sometimes-blind eyes of the collector market, this is a 12-cylinder Ferrari with a manual transmission and as such, Maranello Service may well receive the $137,000 for which this abomination is listed. That's high price for an all-time low, no?