It's the first time Tesla has let other EVs use its charging network. 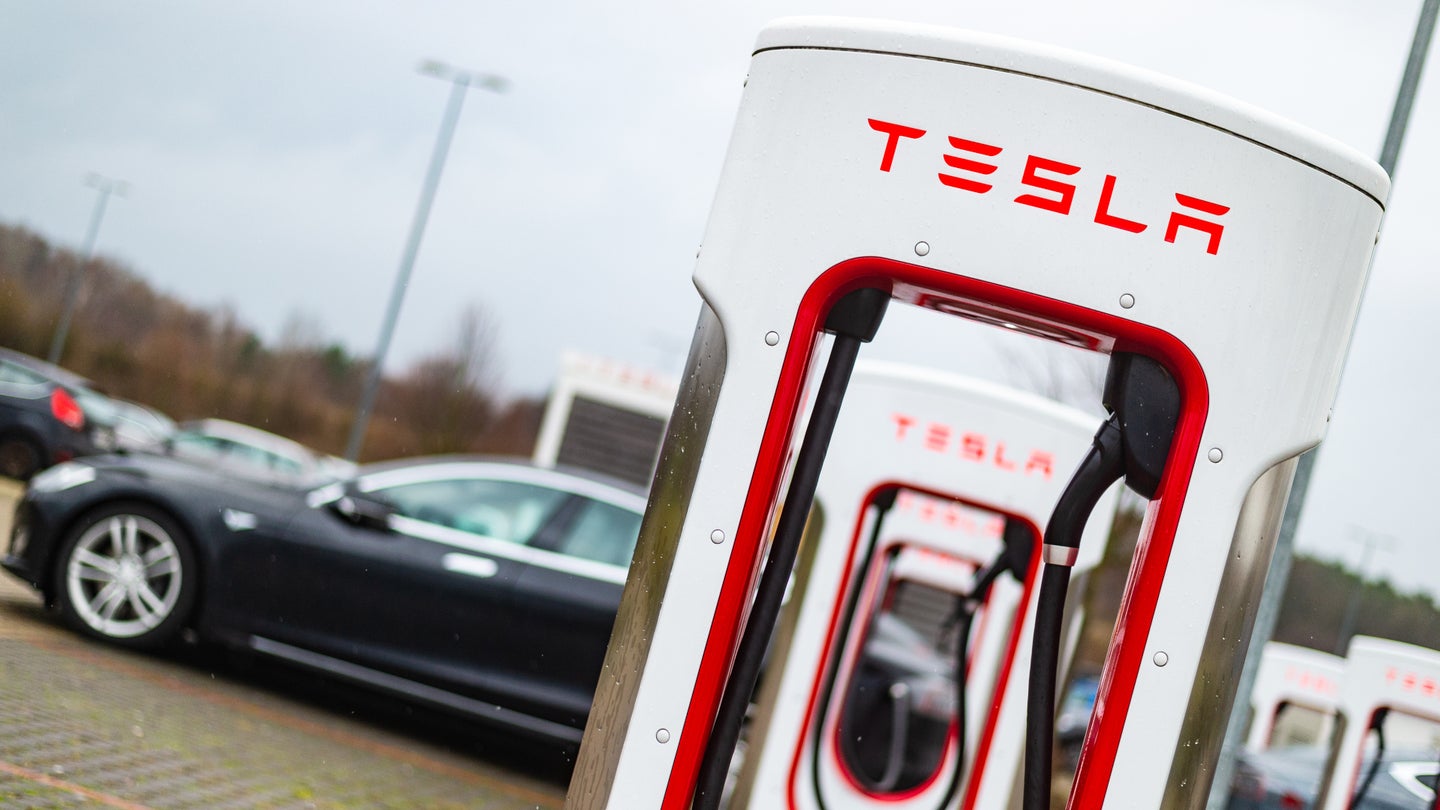 One of Tesla's major trump cards in the EV world has been the Supercharger network. With over 25,000 Superchargers available at 2700 stations worldwide, the company maintains one of the largest charging networks, albeit one that has been exclusive to its own customers. However, that's all set to change, with the company announcing a pilot program to allow non-Tesla EVs to use Superchargers in the Netherlands from November 1.

The trial will involve ten Supercharger locations in the Netherlands, with the hope of the increased patronage driving faster expansion of the Supercharger network. Drivers of other EVs will able to use the chargers through the Tesla smartphone app. However, the program will only be open to drivers that live in the Netherlands, so visitors to the area in non-Tesla EVs will be out of luck for now. Tesla drivers will still be able to use the chargers in the pilot program as normal.

Tesla has also worked towards similar goals in Norway, where it hopes to open up charging stations to the public at some point in 2022. It makes sense for the pilot program to begin in Europe, as the European Union has long mandated standardized CCS connectors for electric vehicles. Given the proprietary connectors the company uses in the US, a trial in Tesla's homeland would require adapters for many vehicles or other cumbersome workarounds.

It's something that has been in the works for a long time. As far back as December last year, Tesla CEO Elon Musk noted that some other electric cars had been using the Supercharger network on a "low-key" basis. However, this trial marks the first official time that the company has opened up its network to the public.

The company has stated that more charging sites will only be opened up if capacity is available. In the US in particular, Tesla owners have sometimes found themselves waiting for hours for a charger in busy periods. Opening up the network to all EVs only increases the demand on the facilities, and could worsen the problem in the short to medium term. Idle fees will also be implemented for non-Tesla owners, as is existing procedure for Supercharger use. Such fees aim to stop users from tying up chargers for long periods of time when batteries are already topped off.

It's perhaps unsurprising that the program hasn't been universally welcomed. Many Tesla owners have long seen access to the Supercharger network as a key selling point of the company's vehicles. Fears around overcrowding of Superchargers and increased wait times have drawn ire from some Tesla fans. There's also a sense of entitlement for many, centered around Tesla's early investment in charging infrastructure when few other automakers cared to do so.

Tesla's own press release aims to assuage these fears, however, by specifically reminding owners of the perks of Tesla ownership. With Supercharger exclusivity out the window, Tesla notes that its owners still benefit from "seamless integration of charge post and vehicle," something which we're sure excites the masses. Other benefits include access to lower Supercharger pricing, as well as more ephemeral bonuses such as "optimized route planning and battery pre-conditioning."

For electric vehicles to truly flourish, charging networks need to expand across the board. The average consumer typically has little interest in being part of an exclusive club; being able to charge anywhere and everywhere is a far more important proposition for most. If the pilot program goes well, expect more Superchargers to open up across Europe, and eventually, the world. As networks expand further, expect bitter spats over charging exclusivity to become an amusing memory from an earlier time.