A cab-forward pickup with an extendable bed and power to rival a Ford Raptor? Say no more. 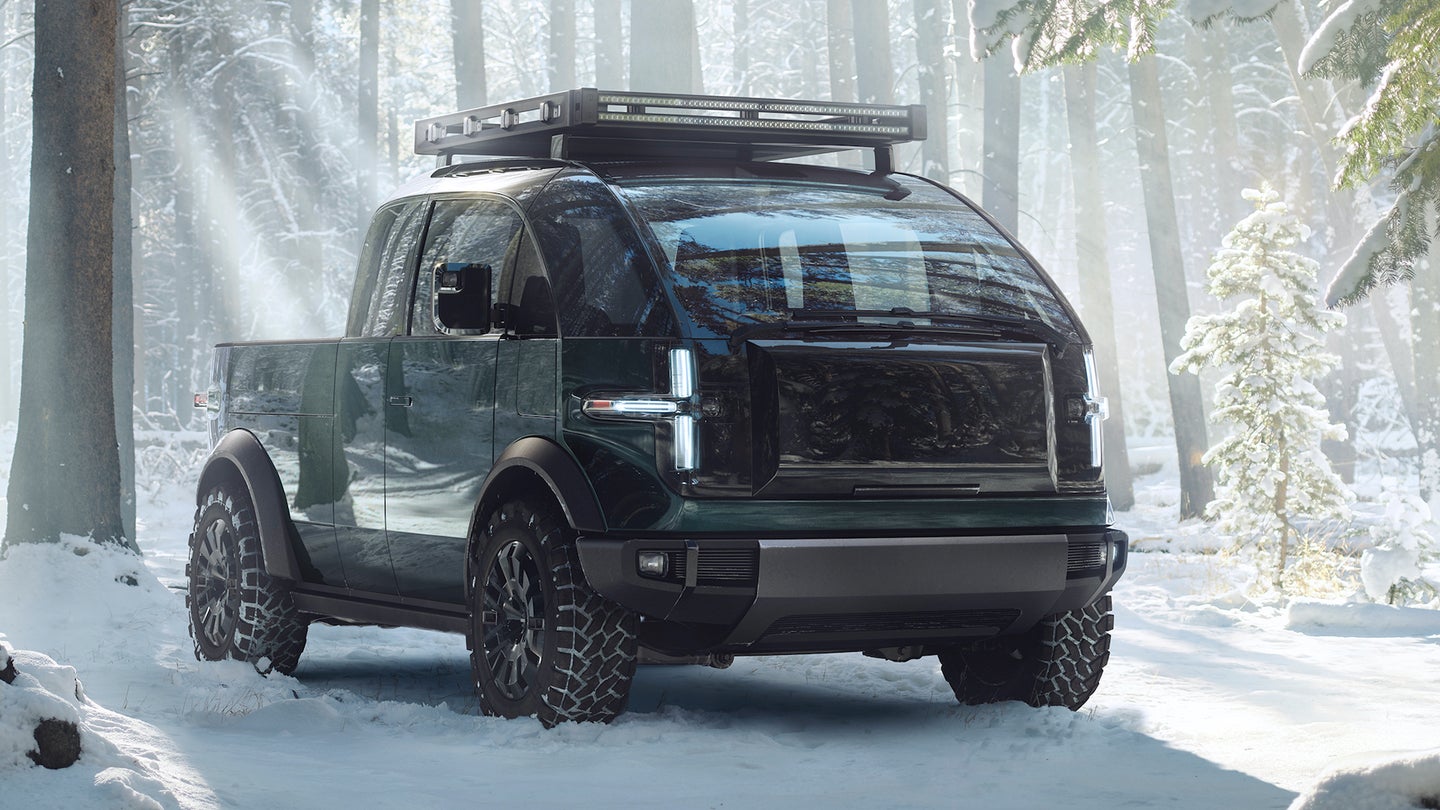 Illinois and Michigan won't get to hoard all the electric pickup glory to themselves. From out of Los Angeles comes the West Coast's first real shot at a battery-powered truck from Canoo, which will use its versatile, skateboard-style EV platform to offer a highly modular, cab-forward, blisteringly quick utility vehicle.

Canoo's truck is close in stature to the new Ford F-150, coming in about as high and two inches narrower, though on a wheelbase 10 inches shorter. Because it has no combustion drivetrain to accommodate, though, its extended cab is pushed far forward, giving its bed more space than the Ford. Albeit one inch narrower, the Canoo's bed comes in at 72 inches, and with its built-in extension can expand to 102 inches—half a foot longer than the F-150's eight-foot bed. It's not a total specs rout, as its 1,800-pound max payload falls short of even the lightest-duty F-150, though it's still markedly better than its unibody fellow the Honda Ridgeline with its 1,600-pound limit.

Pure numbers aren't the only place where the Canoo's bed is comparable to or better than the new F-150's. Modular anchors and dividers can secure all sorts of payloads, and both sides of the bed fold down to form workspaces, on which power tools can be used, drawing from four 110-volt outlets. They can be stowed again in an absurd amount of miscellaneous storage, from in the back of the extended cab to a frunk-style compartment out front of it. There's even a secure compartment in the side of the bed which also serves as a side step for easy cargo access. 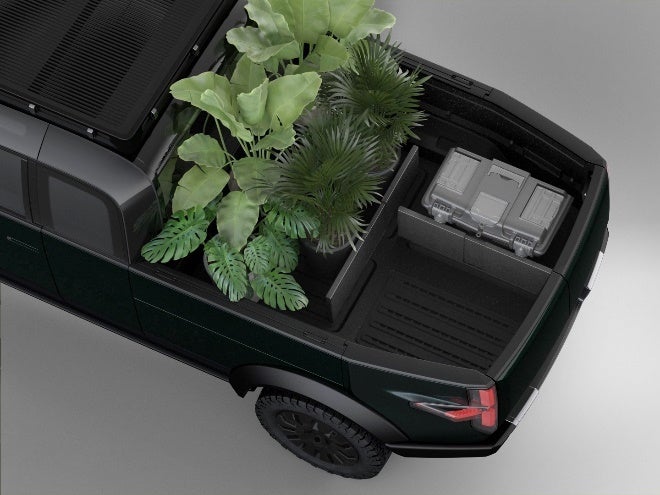 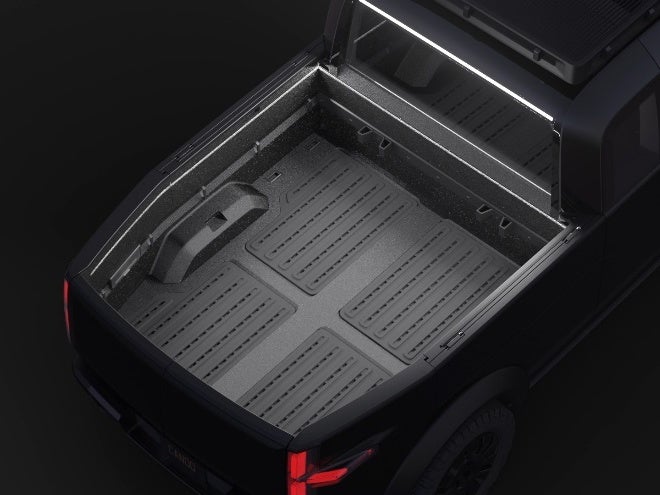 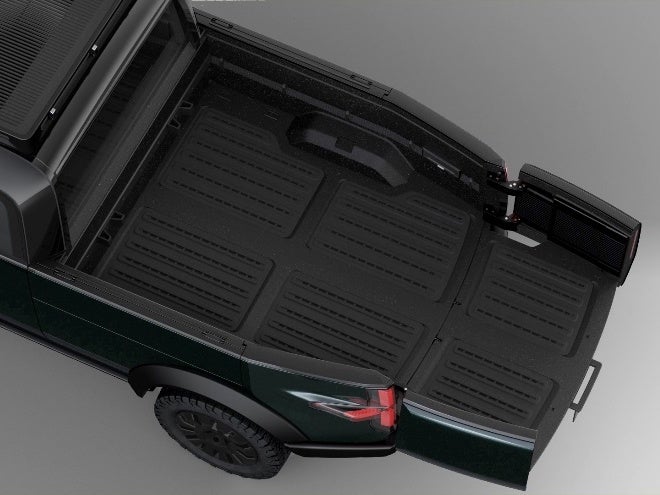 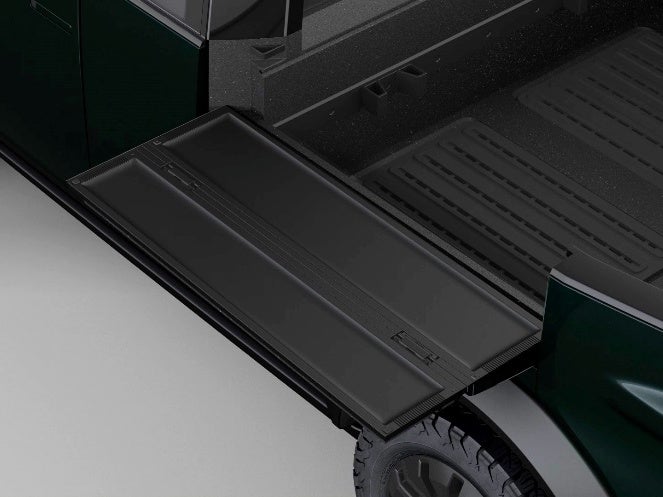 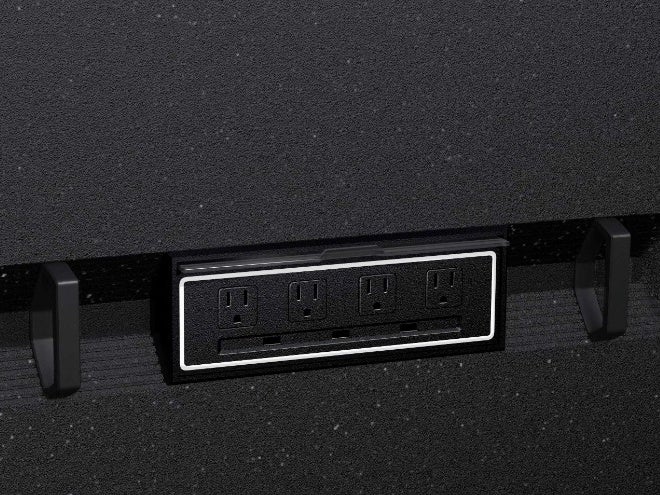 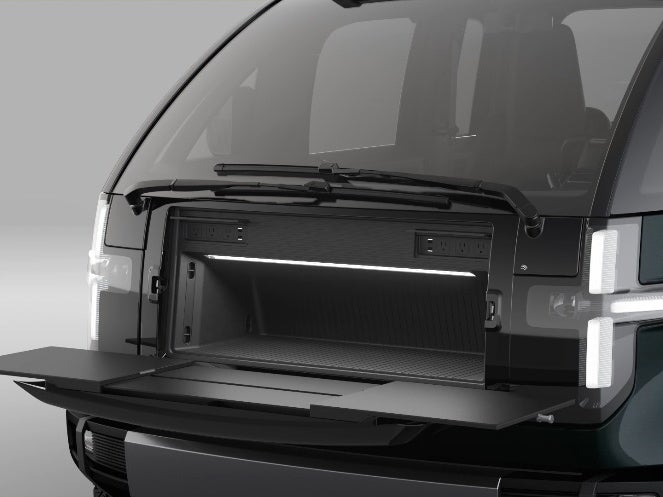 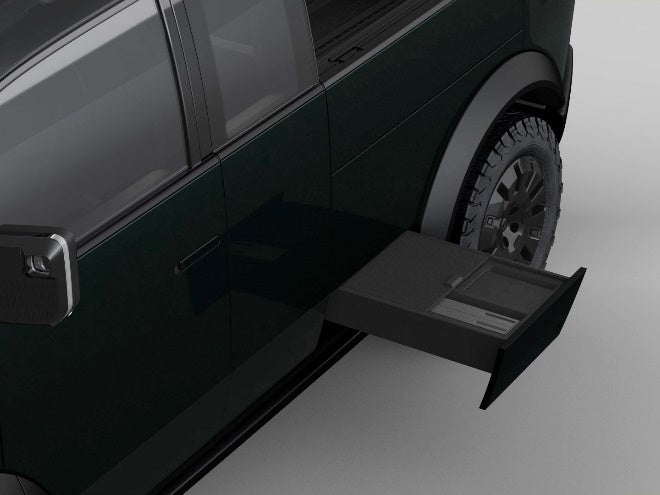 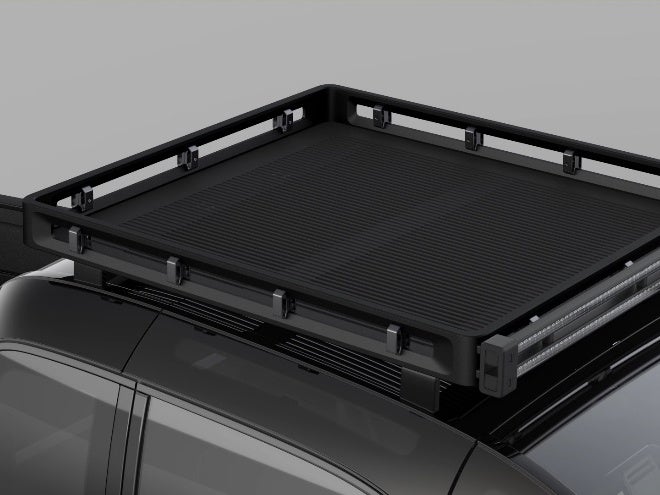 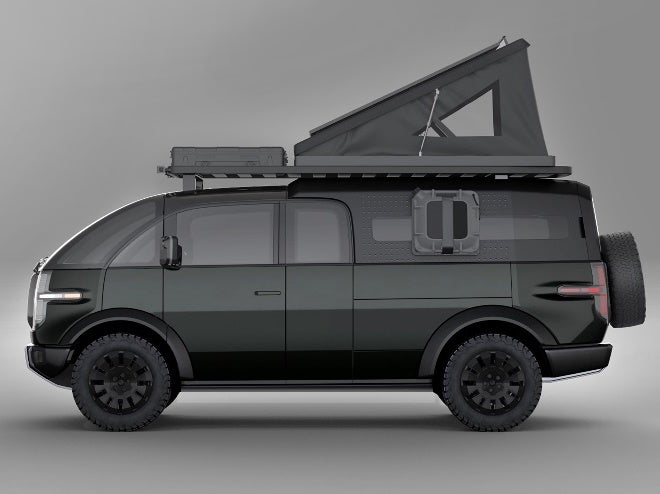 Possible accessories include a camper-style bed topper, with one concept showing a popup roof tent, though even without it, built-in perimeter lighting ought to make it a superb base camp. Said lighting draws power from a battery likely of the same capacities as Canoo's van lineup (so 40 to 80 kilowatt-hours) to offer more than 200 miles of estimated driving range—presumably on that EPA yardstick, Canoo being American.

With a heavier foot, that battery can instead dump power into either a single rear motor or one on each axle to generate 600 horsepower and 550 pound-feet of torque which, being electric, come on at zero rpm. These should make the Canoo a respectable tow rig, not to mention a capable crawler, what with its short wheelbase, skid plates front and rear, and integral tow hooks.

Canoo promises a more complete sheet of specs closer to launch, and that it'll open pre-orders for its subscription-only pickup in the second quarter of 2022. Deliveries are slated to follow in 2023, by which time we'll have a better idea of how the Canoo stacks up against offerings from Rivian, GMC, and Ford, arriving in that order over a year or so starting this summer.