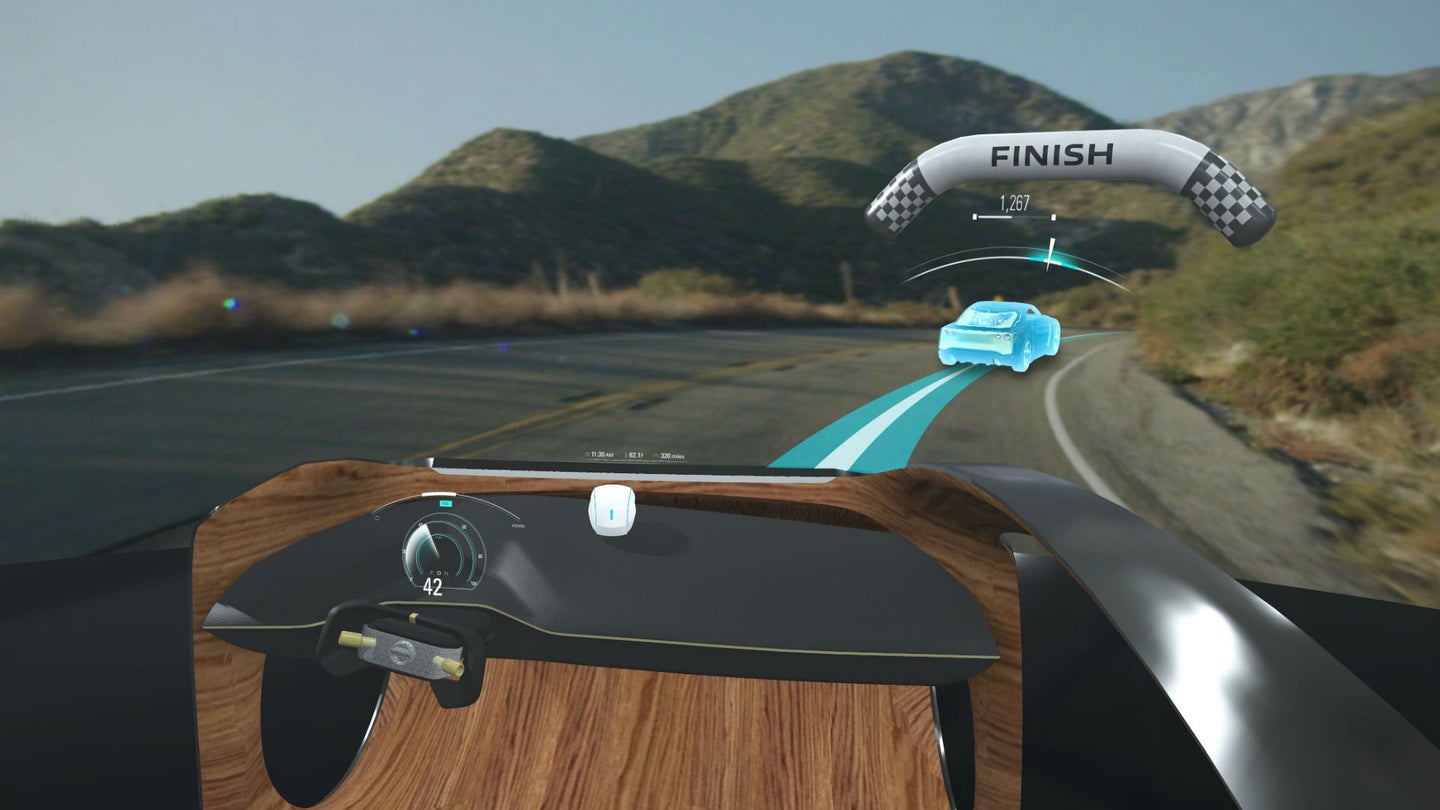 Nissan wants to merge the real and digital worlds. The Japanese automaker is testing what it calls "invisible-to-visible" (I2V) tech, which uses digital projections that, among other things, allow drivers to converse with virtual avatars. The tech was unveiled at CES 2019 in January, but Nissan is just now giving it a real-world road test.

I2V connects users to what Nissan calls the "Metaverse." If that sounds like a Ready Player One ripoff to you, you're not too far off. Nissan wants to use I2V to project digital avatars of people into cars, so vehicle occupants can have a conversation with someone who isn't actually there. So you could, for example, get a lesson from a driving coach who isn't even in the same zip code as the racetrack. Nissan also believes I2V can be used to help drivers "see the invisible," such as what's around a corner or too far down the road to be seen by the naked eye. Other companies have also proposed using similar tech for in-car advertisements.

At CES, Nissan demonstrated I2V in a simulated car interior in its booth on the show floor. But now, Nissan is conducting tests in a moving vehicle to see how people react. The test vehicle is a modified Nissan NV350 van, a model that isn't sold in the United States. Nissan teamed up with Docomo to equip the van with a 5G connection, allowing the onboard systems to transmit the massive amount of data required to make I2V work.

Nissan has not discussed specific plans to use I2V in a production car. That's not too surprising, as the tech likely has a long way to go. Lifelike holographic images and digital projections have yet to be perfected in any form, let alone one that will work reliably in a moving vehicle. Nissan will also have to make sure that the "Metaverse" doesn't become too distracting. The digital projections could very well lead to information overload, although that won't be a problem if self-driving cars ever become mainstream.

Thanks to a collaborative effort with Rocky Ridge, enthusiasts can now buy modified and warrantied Titans, Frontiers and Armadas.

The ‘Ultimate Work Titan’ is powered by a 5.0-liter Cummins diesel engine and boasts every accessory imaginable to get the job done right.