Bugatti Monitors Your Chiron’s Telemetry at All Times

Big Brother Bugatti’s got your back. 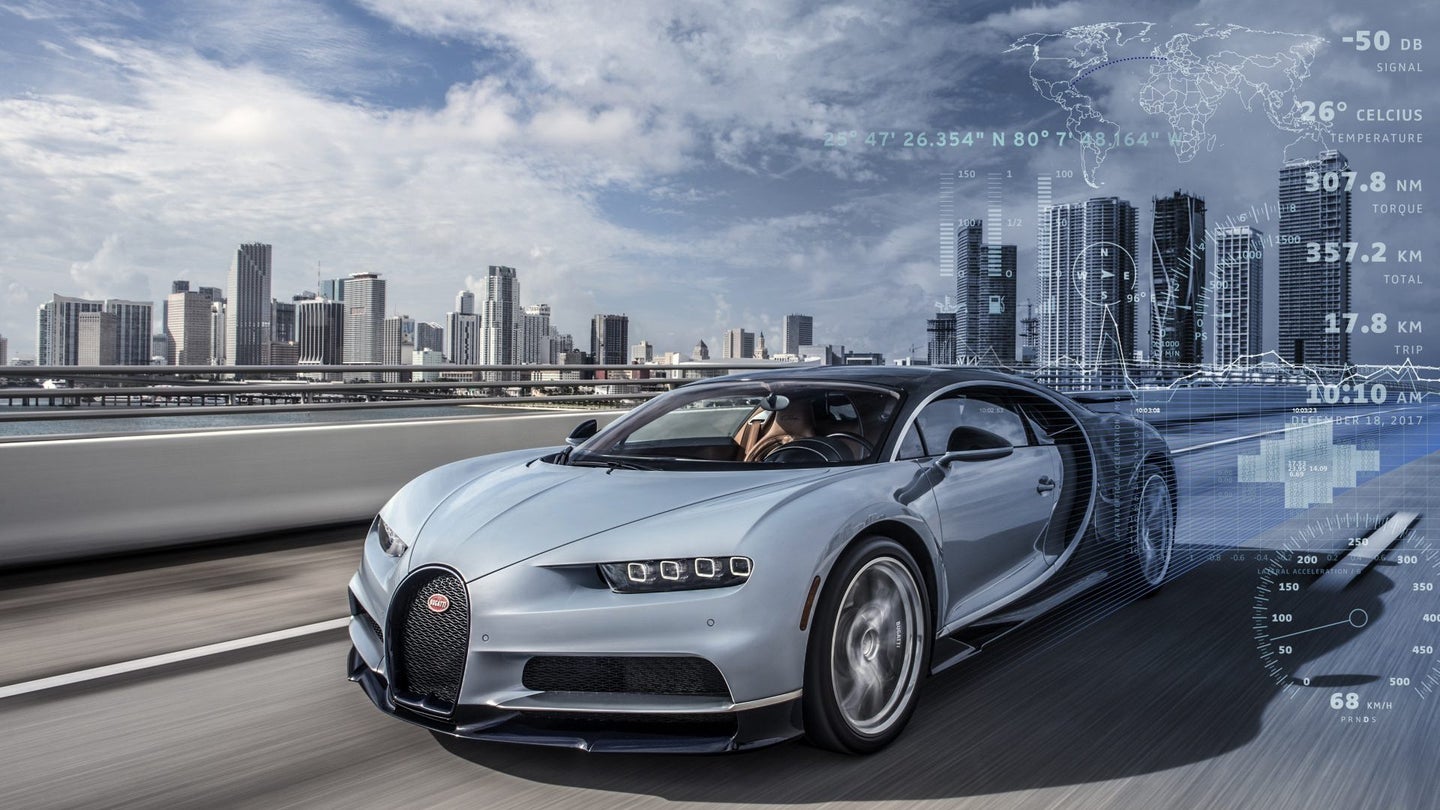 Imagine you're going about your daily multimillionaire routine. You know, getting away with DUI, loaning out your personal Formula 1 car, or smashing it. You receive a phone call from Bugatti, whose accented employee informs you that your Chiron's tires are under-inflated, despite the car being 3,700 miles away.

This is no hypothetical situation; Bugatti detailed this exact scenario in a press release Monday, in which it described its real-time telemetry systems, likened to those in use in Formula 1 and other global motorsports. The owner, who opted in to the service, was advised to inflate said tire before his next journey in the car.

Bugatti's telemetry service is kept connected at all hours—engine running or not—by a systems monitor and transmitter piggybacking off regional cell infrastructure. It watches an approximate 10,000 signals within the Chiron, from drivetrain to infotainment, and when out-of-spec readings are detected, the car radios home, where the message is forwarded to one of Bugatti's "flying doctor" traveling mechanics. Each of these three specialized mechanics is on call at all hours, and should a Chiron fail to start when asked, one will be whisked out to the customer's car in a matter of hours. Once on site, local technicians and partnered dealers will pair with the flying doctor to finish necessary service on the double.

The (aluminum) black box is good for more than monitoring the car's health; it watches for unusual activity that may indicate vehicle theft. Bugatti says it learned of room for improvement as a result of Veyron thefts, in which its tracking systems thwarted attempts to cart away the car, sometimes on the back of a truck.

"In some cases, we have even been able to find customers’ vehicles before the thieves were able to cross the border," said Norbert Uffmann, head of the system's development. "Bugatti’s telemetry system is our version of the connected car—exclusive and individual for our customers and saving time and money for our developers. This is ‘Connected Car‘ à la Bugatti, and it has already been available for more than a decade."

Bugatti teaches its Olympic sprinter how to dance.