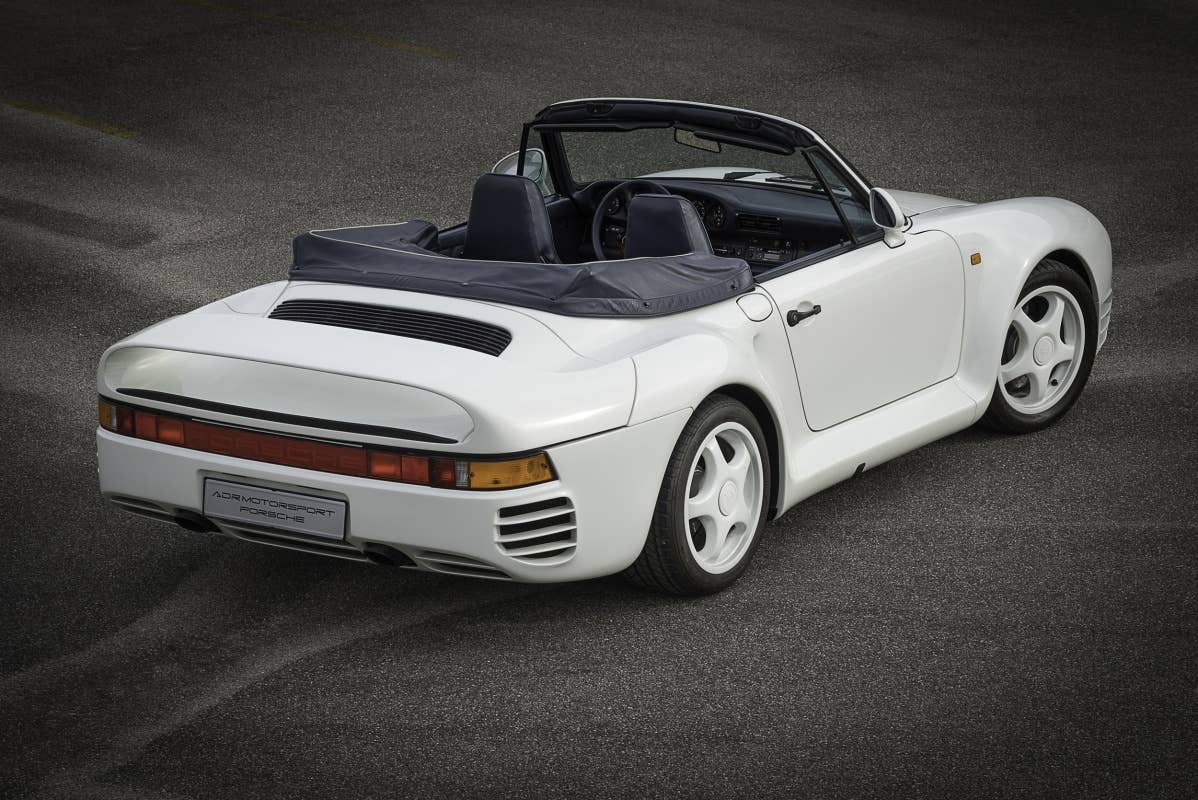 In the pantheon of Porsche, more so even than the Carrera GT, the 959 stands alone. Originally unveiled at the 1983 Frankfurt Motor Show, the car was a technological tour de force, and has informed every great Porsche since. It was a pioneer, for composite materials and turbocharging and adaptive suspension. It was a racecar, off-road at Dakar and for 24 hours at Le Mans. The 959 was not, however, a convertible. Well, except for this one.

The backstory: German racing driver Jürgen Lässig bought the car new in 1987. A little over a decade later, while presumably doing racing driver things, Lässig binned it on the Autobahn. The roof was extensively damaged. So Auto Becker, a German firm, purchased the write-off and set to restoring it. In the process, the company decided it’d be better suited as a convertible. And, thus, the world’s only legitimate droptop 959 was born.

It’s still got the goods. Twin-turbo flat six, all-wheel drive, a six-speed manual gearbox, and enormous tires tucked under those vented kevlar birthing hips. It’s also got interchangeable windshields, one normal and one low-cut screen, plus a removable hardtop. The latter comes in a comically large, massively inconvenient wooden box. Because if you’re going 959 Speedster, you should really go 959 Speedster. No point in half-assing it.

Dig it and have a million bucks to burn? The car’s currently for sale here, through ADR Motorsport sas di A.Dazzan & C. in Italy.