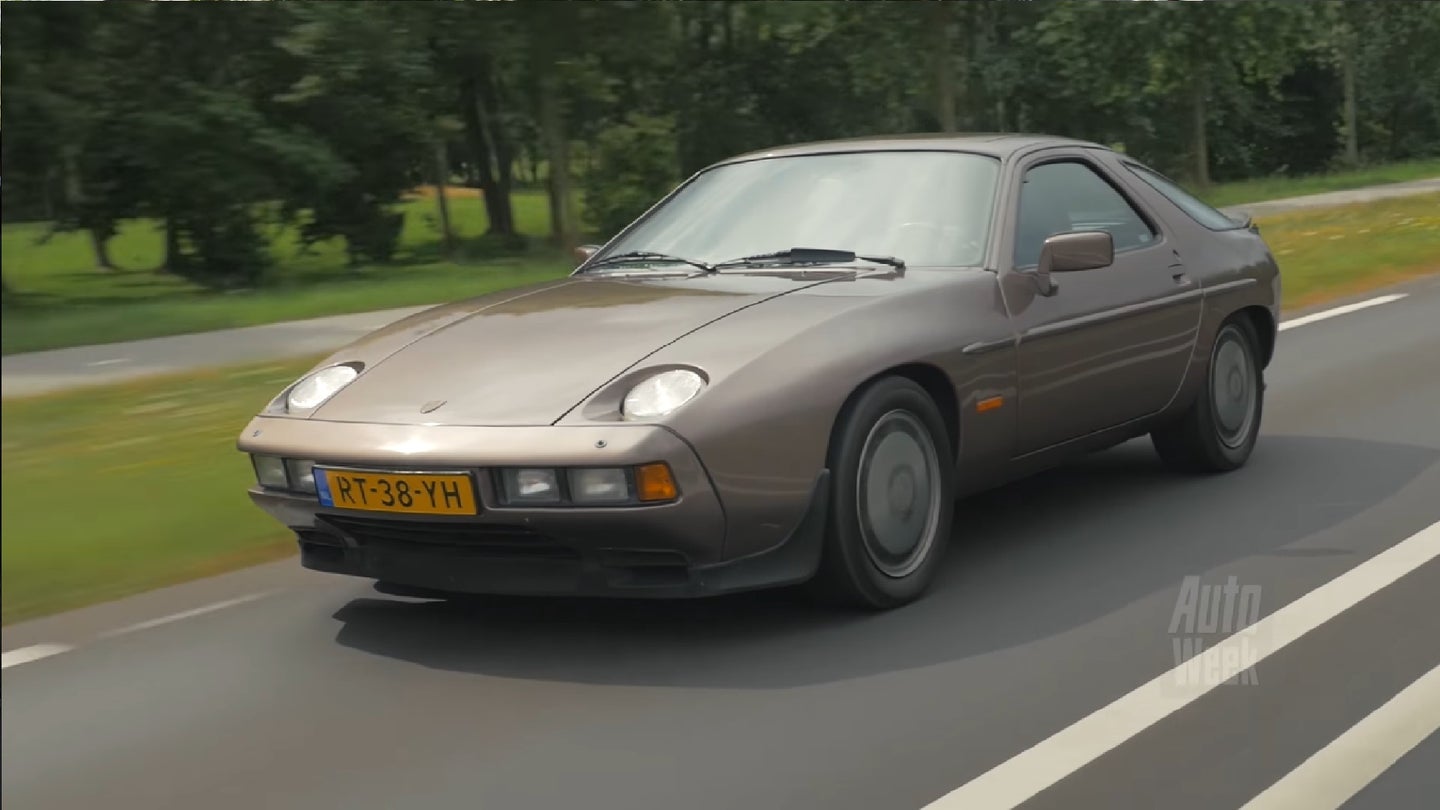 We'll be the first to admit that we're far from fluent in Dutch. It's a great language, but we're still working on perfecting the finer nuances of English, Spanish, and maybe a handful of words in Mandarin Chinese. But it doesn't take a full understanding of the taal (language in Dutch) to know that Porsche's 928 is the greatest of the 1980s grand touring machines in this trio.

Based on body language and a little scientific wild-ass-guess, the reviewer actually places the Ferrari 400i at the front of the pack in this trio test, but he's likely swayed severely by that manual gearbox. The row-your-own gearbox places the Fezza at a serious advantage. If the playing field were level, the Ferrari would also be an automatic version, which used GM's notoriously awful developed-in-1964 three-speed Turbo Hydramatic 400. Compared with the Mercedes-Benz developed automatic in both the 560 and the Porsche.

Of the three, the Mercedes and the Porsche are better built than the Ferrari, and use much better tech to make their power. The Italian sounds better, and might handle a little better than the 928, but it is arguably the most dated design (I'm reticent to call it outright ugly), and certainly most prone to expensive breakdowns. I would have no qualms about wrenching on either of the Germans in my home garage, but the F-car comes with expensive service bills. That's not conducive to long-distance grand tours across the face of Western Europe.

Furthermore, these days, the 928 is one of the last inexpensive ways to get into the Porsche experience. Taking the context of today into the equation, the big Merc and the strange-headlight Porsche are probably equal in operating costs, while the Ferrari is several orders of magnitude above either. For the dollar, we'll make the argument that the Porsche is the best of the three for its superior lounge-chair-like buckets. Besides, we've always loved the idea of a rear-seat passenger flip-down sunvisor in a GT car. Buy one before all the good ones are gone.

In the meantime, if you do speak Dutch, or are really good at making up fake translations, maybe throw what the guy is really saying into the comments below.